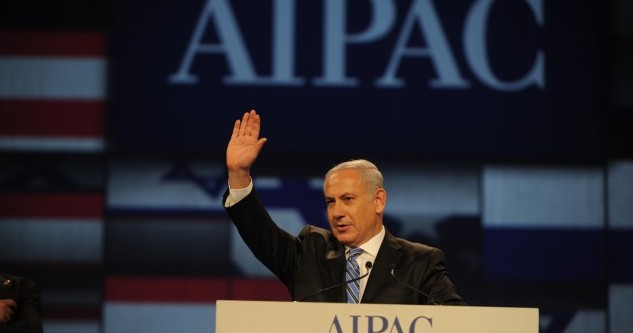 It’s high noon for the Israel lobby at last. The American establishment is balking at the idea of war with Iran, and calling out the neoconservatives for pushing it; and Netanyahu’s tantrum is allowing liberal American Jews to declare they’re not on his side. There seems a likelihood that the “special relationship” with our closest ally will at last be politicized, or at least that war with Iran will come up in the presidential debates– and Romney forced to say he doesn’t want it either, because Americans don’t want it.

Joe Klein’s intervention on NBC this morning, saying he’d never seen an ally try to drag us into war (below), is big. He was surely emboldened by the daring Times lead front page piece saying that Netanyahu is injecting himself into the US election in an effort to foment a US war with Iran while he has the most leverage over Obama.

But Obama has defied Netanyahu, and he has support from Joe Klein and David Remnick. Obama is making a bet that American Jews don’t want a war with Iran (a very safe bet indeed) and that he won’t hurt his campaign warchest by failing to do the Israel lobby’s bidding.

I believe we will at last see a breakup of the monolith, with the Likud and anti-Likud voices in the US establishment battling it out openly– Adelson’s Republicans versus Soros’s Democrats. Notice Remnick (below) attacking Netanyahu “neocons”– Remnick’s former allies in the Iraq war push. Maybe he will explain how they took over the US government under Bush.

We can only hope that Netanyahu’s government will fall over this battle. Because just as American Jews don’t like dual loyalty suspicions (and if called on to choose, they’ll side with the U.S.), Israelis don’t like to be alienated from Uncle Sam. Shamir fell after he took on Bush in ’91. The lobby surely overreached with the Iran war push. As it overreached with the devouring of the West Bank.

Does this fight portend a US domestic battle over ethnocracy versus democracy in the one state of Israel and Palestine? Yes. And American establishment condemnations of apartheid…. And liberal media coming home to the principle of one-person-one-vote? Patience my dear, that’s a few years off.

Morning Joe later featured TIME’s Joe Klein on the same show. Responding to [Knesset Deputy Speaker Danny] Danon’s remarks [that it is absolutely time to attack Iran], Klein argued that the Netanyahu government is trying to push the US into a war with Iran that would not serve US or Israeli interests:

“As for Israel, and the Deputy Speaker of the Knesset and the Prime Minister, I don’t think I’ve ever, in the forty years I’ve been doing this – and I’m trying to search my mind through history – have heard of another example of an American ally trying to push us into war as blatantly, and trying to influence an American election as blatantly as Bibi Netanyahu and the Likud party in Israel is doing right now. I think it’s absolutely outrageous and disgusting. It’s not a way that friends treat each other. And it is cynical and it is brazen.”

Klein contested Danon’s dismissal of the effectiveness of sanctions and argued that if Iran did make the decision to obtain a nuclear weapon, it would use it as a deterrent and not operationally “unless provoked.”

David Remnick is also outraged, at the New Yorker. He takes on the neoconservatives and Netanyahu with the same shot. “Neocon Gambits.” So neoconservative has become a dirty word at last. I’ve long said that Remnick could bring down the Netanyahu government by solidifying establishment Jewish opinion against him. Well at least now he’s trying:

Netanyahu seems determined, more than ever, to alienate the President of the United States and, as an ally of Mitt Romney’s campaign, to make himself a factor in the 2012 election—one no less pivotal than the most super Super PAC. “Who are you trying to replace?” the opposition leader, Shaul Mofaz, asked of Netanyahu in the Knesset on Wednesday…

Adding to the outrage is the fact that Netanyahu is performing not just for his allies on the Israeli right but for those he perceives as his allies on the American right, including those in the Jewish community. His performance is in the same neocon voice as the one adopted by the Romney campaign

MJ Rosenberg says the lobby operated with intimidation and bribery and that regime is coming to an end:

The only force in the United States that favors war is the Israel lobby (AIPAC and its satellite organizations), neoconservative pundits and some Christian rightists (although the latter are more enthusiastic about going to war against a woman’s right to choose and gay rights than against Iran). War with Iran could destroy Romney’s presidency and he surely knows it.

The bottom line then is that all Netanyahu is accomplishing with his ugly saber-rattling is threatening the survival of the US-Israel relationship.

Don’t kid yourself. No matter what Obama says publicly, he is furious with Netanyahu. Privately, it is hard to imagine that even Republicans like seeing the United States being treated with such contempt by a tiny country we sustain with $3.5 billion a year in aid (exempt from all cuts, unlike every other program) and UN vetoes that make America look like Israel’s satellite. The only thing that keeps them all quiet is intimidation and campaign contributions. That won’t last forever, particularly as younger American Jews have moved toward  indifference to Israel due to the policies it has pursued since an Israeli fanatic killed Yitzhak Rabin.

By the way, here’s the lobby striking back. A state senator in Brooklyn, David Storobin (R-Brooklyn) issued the following statement today after Israeli Prime Minister Benjamin Netanyahu was denied a meeting with President Obama. A little feckless:

“The Prime Minister of Israel found the time to travel to the United States – but our President refused to meet with him. This is only the most recent example of something American Jews have seen for years. His party’s convention delegation voted down three times a paragraph in the platform that sought to acknowledge Jerusalem as the capital of Israel. President Obama and liberal Democrats are not friends of Israel and are not committed to the defense of the Jewish State.

“My Democratic challenger endorsed Barack Obama and called on people to vote for liberal Democrats to make sure Obama has a Democratic majority in Congress under the leadership of Nancy Pelosi. Well, this is what he got – a President who ignores the Prime Minister of Israel.”