Israel’s Moral Crisis ‘Is Driving Its Youth Away’ 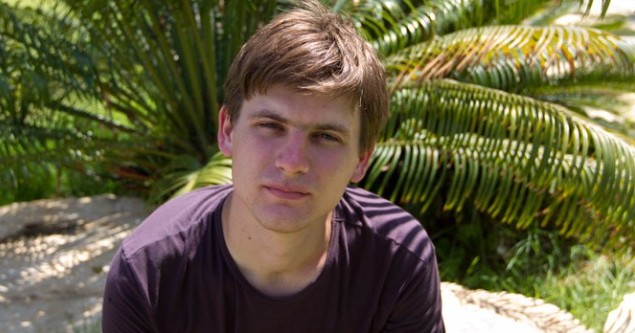 Israel’s interest in maintaining the attention and devotion of its people by constantly fostering fear with forecasts of a future of endless wars is too difficult for its young to carry. So it is not surprising that many Israelis are leaving for more peaceful nations. The recent defection of a young Israeli not to far away lands but across the green line to the Dahashieh refugee camp of Beit Lahem (Bethlehem) in the West Bank is another example of how disenchanted young Israelis are with the state of Israel.

Andre Pshenichnikov, a 23-year-old former IDF soldier was detained last week by Israeli police for residing illegally in a Palestinian Refugee Camp near Bethlehem. While it is not unusual for Israelis to move and live among Palestinians, many reside in the West Bank and Gaza, but Pshenichnikov’s request to renounce his Israeli citizenship for Palestinian citizenship is indicative of a serious underlying problem brewing in Israel.  His defection illustrates the cost of Israel’s illegal occupation on young Israelis and the inherent deficiencies and limits of its declared policies.

Israel’s profitable settlement enterprise and its growth depend on attracting new Jewish immigrants and limiting Israeli migration. This difficult balancing act has faced considerable challenges forcing Israel to depend on newly converted Jews. To populate Israel’s illegal settlements Israel’s High Rabbis commission delegations of rabbis to travel to the remote regions of the world converting any one interested in moving immediately to Israel.

In 2002, Israel’s High Rabbi delegates converted 90 indigenous Peruvian Indians of the Andes Mountain. The new converts were taken straight to the airport within days of their conversion. They were flown to Israel and immediately transported to two illegal Israeli settlements in the West Bank . Leah Golan, director of the Jewish Agency responsible for Jewish immigration, justified their removal from their community and homeland with the following: “We, as the Jewish Agency, bring to Israel anyone who has been defined as being entitled to aliyah (right of return Jewish immigrant) – that is, anyone who has been recognized as a Jew by the chief rabbinate or the interior ministry.”

These new Peruvian Israeli illegal settlers who know not a word of the Torah justified their right to live on stolen Palestinian lands by evoking their biblical rights to Palestine. They suggested that the indigenous Indian tribes of Peru have uncontested biblical privileges to populate the West Bank and push out the native Palestinian inhabitants off their ancestral lands by the tribe’s virtual connection to Christopher Columbus who they claim was a Jew!

The reason for such contrived efforts by Israel’s High Rabbis are multi layered. Israel’s insatiable need to populate its expansive web of illegal settlements in the West Bank is one among several other reasons. The more critical reason is to offset the high numbers of Israelis leaving the country http://warincontext.org/2011/06/02/europe-is-becoming-a-safe-haven-for-israelis/.

Israelis are leaving in droves for a variety of reasons among them their disillusionment with Israel; its policies of occupation; and its high continuous need to sustain the interest of its supporters and commitment of its citizens by maintaining an endless state of war and or fear of war with Palestinians and others in the region. A 2008 survey by the Jerusalem-based Menachem Begin Heritage Center found that 59% of Israelis had applied or intended to apply for foreign citizenship, travel documents and passport. Recent estimate suggests that almost 70% of Israelis are seeking an alternative citizenship.

Some Israelis are also leaving because of the inherent tension between the ideals of their faith and the reality practiced by Israel. According to the Torah, God’s covenant with our shared fore father Prophet Abraham, every Jew is called upon not simply to believe in the values of righteousness and justice, but to act on them. Jews are bound by moral responsibility, to advocate–as Abraham did–on behalf of the vulnerable of all nations. This tension between the ideal and reality has its consequences. While this is not unique to many nations, but for a nation that evokes the Jewish faith- the contradiction is stark.

Israel’s commitment and perpetuation of self-centered ideology is pushing the boundaries of ethics and reason. Advancing its only Jewish centered agenda and its declared exclusionary policies of subjugation, annexation and cruel treatment of the Palestinian is a costly endeavor. While Israeli policies primarily affect its direct victims the Palestinians, they also damage its own soldiers- the victimizers who willingly or unwillingly enforce the Israeli occupation. Israel’s IDF soldiers like their Palestinians victims also carry the scars of the cruel reality of administering Israel’s discriminatory policies, its military occupation and its expansive illegal settlement enterprise.

In 2006, while working on a UN project in the West Bank, I met young Israelis who openly stated their disdain for the occupation. Most related their reasons for joining the IDF for practical incentives such as free college tuition, health coverage and other social services Israel grants them after a tour of duty. Remarkably some argued that their IDF participation protects Palestinians from greater harm! Most intriguingly these young IDF soldiers clearly understood the cost of the occupation on their moral compass. Many suggested they plan to leave Israel at the end of their IDF service to detox and cleanse their soul of the atrocities seen or ill deeds committed- to reflect, forget or to meditate with a far away yogi. Interestingly that was also Pshenichnikov’s decision. Banned by Israeli authorities from returning to the West Bank, soon after posting bail and release from jail he decided to leave the county for two months vowing to return to the West Bank after finalizing his legal proceedings.

Pshenichnikov’s recent defection across the green line to the Palestinian Dahashieh refugee camp in Bethlehem is interesting not because it is another example of how disillusioned young Israelis are with the state of Israel; but for the many myths this incident shatters; and the possible interesting opening it offers young Israelis and their Palestinian neighbors. While Palestinians were at first suspicious, nevertheless for several months they allowed this young Israeli to live amongst them, providing him with access to their community, work, shelter and food.

A small knit community of improvised Palestinian refugees who are victims of Israel’s purposeful 1948 ethnic cleansing of their villages and towns; who for 45 years have daily suffered the yoke of the occupation; well aware that all young Israelis serve in the IDF; they were still willing to harbor a young Israeli soldier. Their treatment and acceptance of this young Israeli is unequivocally in contrast of how Palestinians are portrayed by Israel; and more importantly how Israelis are called by their government to treat a Palestinian if he or she tries to move to Israel or even within the occupied West Bank- never mind one who may be affiliated with a Palestinian armed group.

Israel has yet to realize its policies of occupation, its constant need of conflict with its neighbors contradict the Jewish ideals of justice implied by the Torah and our common fore father Prophet Abraham. Israel’s manifested laws of domination and exclusion Palestinians are too difficult to understand for most, but are clearly incomprehensible to some of its citizens. Meanwhile occupied Palestinians are willing to harbor and give refuge to Pshenichnikov and other Israeli citizens who peacefully live amongst them in the West Bank and Gaza. Palestinians’ inclusiveness and openness; their capacity for compassion are more in step with the natural world order and the 21st century ideals; and are distinctly different from the outmoded 19th Century colonial paradigm Israel clings to.

Israel will soon have to contend with its own policies and past actions- not out of moral interest to correct its policies of occupation, nor to mend its unjust and ill treatment of Palestinians; but to control and limit the high numbers of Israelis who are choosing to leave Israel rather then live in perpetual war and conflict. Above all Israel will have to deal with the emotional and psychological damage it subjects its own young citizens who are carrying and administering Israel’s ill guided self- promoting ideologies of discrimination, annexation and occupation.