Israel’s ‘Journey to the Right’ Is Set To Continue 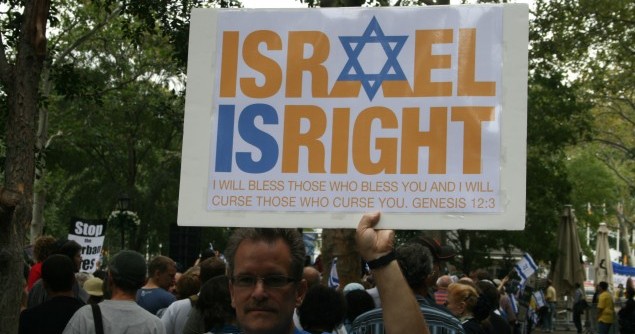 Most concerned Americans have, understandably, had their eyes glued on the monumental changes sweeping the Arab world. But they remain largely oblivious to another regional transformation of great significance; that is, the rightward shift of Israel’s political, tectonic plates. From its historically strong center-leftist (Labor) and center-rightist (old Likud) nodes, Israel’s political scene is now dominated by a combination of far right (new Likud) and extreme right wingers (Yisrael Beiteinu; The Jewish Home), as well as religious zealots (Sephardic Torah Guardians; United Torah Judaism).

On January 22, Israelis will head to election booths for parliamentary elections. All polls indicate that Prime Minister Benyamin Netanyahu and his right wing allies will emerge victorious, winning as many as 68 of the Knesset’s 120 seats, and thereby securing an even more comfortable majority than that provided by the 66 seats they currently hold. Nearly thirteen years will have elapsed since the last time centrists controlled Israel’s destiny.

Netanyahu’s Likud merits characterization as the “new Likud.” Over the past ten years, once powerful leaders like Ariel Sharon, Ehud Olmert and Tzipi Livni abandoned the party, recognizing that Israel’s long-term interests were best served by a more active pursuit of peace via a two-state solution. Those who remain in Likud, like Netanyahu himself, represent ‘les durs des durs’, the hardest of Likud’s hardline elements.

But Netanyahu’s coalition already depends upon, and is slated to become even more beholden to, extreme right wing, ultra-nationalist and ultra-Orthodox religious elements. In the current coalition, these forces combined hold eleven more Knesset seats than does Likud. And the beliefs of these elements about Israel, Palestinians, their regional neighbors, and the rest of the world, are every bit as frightening as those of Islamist extremists.

For the ultra-nationalists of Yisrael Beiteinu and The Jewish Home, the solution to the Palestinian problem is to “transfer” Palestinians from their homes to create a more Palestinian-“rein” Israel. These people make David Duke look like lightweight wimps, and some of them have already been occupying important posts in Netanyahu’s current government.

As for Israel’s small, but disproportionately influential, ultra-Orthodox parties, which are also members of the current coalition government, there is real meaning behind the belief that the Jews are God’s “chosen people,” anointed to lead humankind to divine redemption. Their members see Palestinians Arabs, including those who are citizens of Israel, as Canaanites and other Biblical enemies of Israel. Among Israel’s right-wing extremists, more generous thinkers will permit the continued presence of these non-Jews so long as they happily reconcile themselves to second class citizenship.

But for the more aggressive in the extremists’ ranks, of whom there is no shortage, the belief is that the Palestinians will be “vomited out” of the land. Indeed, for the most zealous, it is a mitzva, or good deed, to kill such people. The notion of attaining genuine peace with the Palestinians, a peace that would entail ceding land they believe God gave to the Jews in his covenant with the Jewish people, is not just scorned, it is seen as sacrilegious.

The extremists’ attitudes towards fellow Jewish citizens of Israel who are secular-minded and peace-oriented are no less loathsome. Many of them hold that efforts by any Israeli government to force Jews to withdraw from West Bank settlements are to be combated, including, if need be, by civil war. The increasing frequency of “price tag” operations, violent acts targeting Jewish Israeli citizens and Israeli military personnel perceived as blocking the extremists’ path, serves as a stark reminder of this threat.

Last but not least, Jewish Israeli extremists’ views of the peoples of the rest of the world are no less alarming. Gentiles’ intentions are presumed to be inimical, and any effort to broker some type of peace between Israel, the Palestinians, and Israel’s neighbors, is to be thoroughly resisted. Israel’s extremists hold nothing but contempt and abject repudiation of efforts by any international actor, including those of the United States government, that would prevent them from realizing their divinely-inspired objective of redeeming all of Eretz Israel.

And lest one forget, we are talking here about a pressure group that now exercises heavy political influence over decision makers in a country that possesses hundreds of nuclear bombs. Thus, what Americans fear most about countries like Iran and Pakistan; that is, religious extremists in power in countries with nuclear arsenals, is close to being realized in Israel.

Anyone who thinks Israel’s religious extremists love the predominantly Christian “West” any more than Islamist extremists should just look at recent developments. To take just one, Haifa’s rabbinate, no less, issued a proclamation stating: “It is seriously forbidden to hold any event at the end of the calendar year that is connected with or displays anything from the non-Jewish festivals.” Deck the hotel’s halls? Lose your kashrut license (certifying compliance with Jewish law) and destroy the hotel restaurant’s profitability.

In mid-October, serendipity granted me the opportunity to have a brief, one-on-one exchange with Tzipi Livni, Israel’s former foreign minister. Livni led the Kadima party into Israel’s last elections in 2009. Her party, which represents a more peace-oriented breakaway from the right wing Likud party, garnered more votes than any other. But Livni was unable to patch together a coalition and take power, so Netanyahu and his hardline, extremist-laden coalition filled the breach. I began my exchange with Livni by noting that I was concerned by the growing power and influence of extreme right wing forces in Israel, and she responded by saying she shared my concern, stating “We’ll have to see what happens in the upcoming elections.”

But when I pressed a bit more on this point with the observation that those forces appear to be moving ineluctably toward greater power, she answered, much more ominously, “Yes, I hope we didn’t already reach the point of no return.”