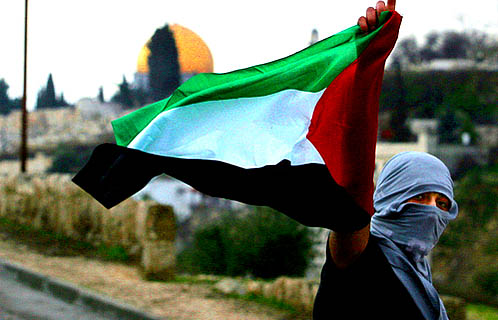 The Palestinian Authority (PA) and Hamas, bitter rivals for the past 4 years since Hamas overthrew the PA in Gaza, will sign a reconciliation agreement in Cairo next week.

The news was met with Israeli displeasure voiced by Prime Minister Benjamin Netanyahu, who said the Palestinian Authority must choose between peace with Israel and rapprochement with Hamas.

There is no doubt that the agreement between the largest of the Palestinian factions is closely related to recent developments in the Arab world.

The toppling of Egyptian President Hosni Mubarak removed, from Hamas’ viewpoint, an impediment to Palestinian reconciliation.  Gaza’a gateway to the Arab world, and indeed the world, is Egypt, and for the past four years Cairo has maintained strict control of the main crossing points between its Territory and Gaza and helped enforce the embargo placed on the strip by the Israelis and the major world powers.

Hamas’ political leadership resides in Damascus and the situation in Syria does not bode well for the future of Hamas there which only recently criticized the opponents of the regime in Damascus.  The regime there has played its part in the past, reining in Palestinian agreement as part of the regional power play.  It may now consider a positive change of tack something that may earn it a few favors as it battles for its life.  The interim goal of any resistance/liberation movement is survival and Hamas seems to have judged which way the wind is blowing and deemed it judicious to widen its field of play.  That Syria may have also given its blessing to the reconciliation may also be a factor.

Hence the previously unannounced and secret visit last week by a Hamas delegation to Jordan last week.  Hamas politburo members Muhammad Nazzal and  Muhammad Nasr met in Amman with the Director of General Intelligence Muhammad al-Raqqad.  This was the first such meeting between Hamas and Jordan since 2006.  We could very well be looking at Hamas relocating its Syrian HQ.

Not coincidentally, he Secretary General of the Damascus-based Democratic Front for the Liberation of Palestine Nayef Hawatmeh, also in Jordan last week, has jumped ship and moved back to his native Jordan after spending the better part of the last 15 years in Syria.

This all comes at the heels of the recent thaw in relations between Qatar and Jordan.  Doha has been a strong backer of Hamas, and the recent attacks in Syrian media against Qatar, Sheikh Yusuf Qaradwai’s harsh criticism of the regime in Damascus and Al Jazeera’s coverage of the uprising in Syria will have given Hamas food for thought.

Vis-a-vis the current uprising in Syria, Hamas, which is the Palestinian branch of the Muslim Brotherhood (MB), is now in the uncomfortable and embarrassing position of being at odds with Qaradawi who is considered one of the most senior and influential, albeit unofficial MB figures, as well as the Jordanian and Syrian Muslim Brothers.  Meshal took the unprecedented step of lambasting Qaradawi for his attacks on Syria.

The Palestinians by now will have become cognizant of the fact that the cause of Palestine has been put on the back-burner and no longer elicits much interest or passion of the Arab street.  Not even the publication of the Palestine Papers managed to rouse the Arab people and inflame their passions for Jerusalem.  Not a single demonstration took place in the Arab world against the PA’s alleged betrayal of Palestinian rights: the Arabs are busy with their own dreams, desires and battles for freedom and a break with the past.  And perhaps they did not buy the Palestine Papers.

Obviously the Israelis and Americans will have been informed ahead of time of the reconciliation between the Palestinian Authority and Hamas.  Netanyahu feigning anger at the deal is political posturing.

The choice is not, as Netanyahu termed it, peace with Israel or rapprochement with Hamas.  I would have expected a wise Israeli statesman to say something along the lines of, “We will watch closely these developments.  Considering Hamas’ stated position of not recognizing Israel and working towards its destruction we will hold the Palestinian Authority to its international obligations and we will also hold it responsible for any future attacks on Israel.”

That the PA recognizes Israel will not have escaped the attention of either Netanyahu, or for that matter Hamas.  So we are potentially looking at an important development in the position of Hamas.  It’s premature to comment further on this point at the moment with the text of the agreement as yet unavailable.

If this agreement is signed next week then it may herald a rejuvenation of Palestinian aspirations for statehood.  Hamas represent a significant proportion of the Palestinian people, as does Fatah, the PA’s backbone.  If they do manage to reach a unified position, backed by their Arab patrons, then they may be really ready to govern themselves in an independent sovereign state.

Finally, a word of advice to Netanyahu re his “peace with Israel” statement: Israel, the occupier of the Palestinians, should also consider making peace with them.  It’s not a one way-street, Mr Prime Minister, and it could very well hasten the release of Gilad Shalit.

One Response to Israel Irked as Palestinians Move to Reconcile