Israel Apartheid, Avalon and the Smell of Fear 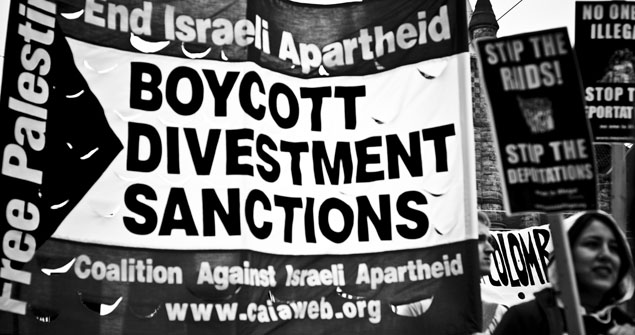 Having Avigdor Lieberman as a foreign minister is one of the worst things that could happen to Israel. I was in Brazil last year this time when Lieberman visited, and parliamentarians were saying they would not meet with him because they consider him a racist. He has a long record of saying offensive and chauvinist things, like that if Egypt gives Israel too much trouble, the Israeli air force should just bomb the Aswan Dam, and sweep the Egyptians into the Mediterranean.

Now the Israeli government has poked South Africa in the eye.

Deputy Foreign Minister Danny Ayalon just said that South Africa ‘remains an Apartheid state,’ and that ‘at the moment South Africa’s Apartheid is aimed at Israel.”

The whole rest of the world, virtually without exception, considers Israel’s aggressive settlement of the Occupied Palestinian Territories illegal. Many consumers, even ones generally supportive of Israel proper, don’t want to abet the squatters’ land theft and expropriation of the Palestinians, and would not knowingly buy something made at a squatter settlement. But Israeli authorities (who are actively promoting and funding the squatters) label what they make as ‘made in Israel.’

Israeli liberals, appalled at the squatter policy, have started calling it worse than Apartheid.

All South Africa did was demand that West Bank settlers’ produce be labelled as such. In the Apartheid era, whites in South Frica carved out Bantustans to marginalize black Africans, just as Israel is doing to Palestinians on the West Bank. And, African property rights were never secure under Apartheid. In a way, South African blacks were stateless in their own country, just as West Bank Pelestinians are. So it is natural that the government of South African, now dominated by elements of the African National Congress that fought Apartheid, should take a dim view of Israeli actions on the West Bank. There is also lingering resentment among many South Africans at the ways Israel supported and enabled the Apartheid government, with which it had close economic and political ties. Israel has never acknowledged or come to terms with that shameful episode, which may account for its inability to accept criticism from the new Pretoria.

Only in the fevered, hothouse atmosphere of the Israeli Far Right could Pretoria’s simple request be seen as itself a form of racism, or as directed at Israel itself. It is directed at an Israeli policy, which the World Court has ruled illegal, and for which Israel would certainly face severe international sanctions if the US did not consistently block the other members of the UN Security Council in condemning it.

As time goes on, the West Bank squatting will result in more and more consumer and even governmental boycotts of Israel. Israel’s illegal and evil blockade of the cililians of Gaza has already resulted in Turkey excluding it from a recent key NATO summit.

Ayalon’s despererate and over-the-top rhetoric smells of fear, fear that when South Africa calls you on Apartheid policies, it legitimizes that critique of the Greater Israel project — now the only major project of the Ruling Israeli Far Right.