Is Laughter the Best Medicine For Egypt? 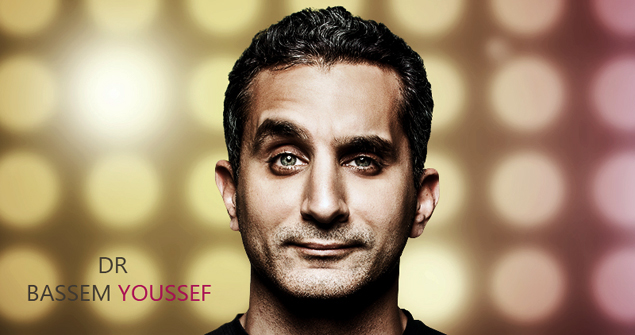 That Egyptians are funny is a well-known Arab stereotype. Egyptians are said to be khafiift id-damm (light of blood) — able to turn things that would make anyone else’s blood boil into a joke. Before the revolution, this was often expressed in everyday life through political satire – jokes about politicians, the police and the president himself challenged the status quo and poked fun at the pretensions of the powerful. But because these jokes were told privately, among friends and family, they had little effect upon the regime’s grip on power.

However during last year’s Egyptian revolution, satire directed at the powerful went public, offering Egyptians a way to resist power creatively and non-violently. Public laughter helped break the grip of fear the regime had relied on for so long, and continues to affect Egypt’s politics today.

Importantly, the use of social media during the revolution allowed political humour to reach a much broader public. This movement built on the model of websites such as El Koshary Today, a comic news site, and Ezba Abu Gamal (The Village of Gamal’s Father), a blog featuring stories of life in a small village run by a dictatorial mayor that parodied people and events in Egypt.

And when hundreds of thousands of Egyptians gathered in Cairo’s Tahrir Square, public political humour exploded. The demand that the president step down was expressed through witty songs, funny chants and protest signs with jokes like, “Leave so I can get a haircut” or “I just got married—leave so I can go home to my wife.”

Through these protest methods, Egyptians became part of a larger global trend. “Laughtivism” – using humour to create political change – has been used by activists as diverse as anti-corporate protesters Andy Bichlbaum and Mike Bonanno in the United States, and the Serbian group Otpor, which helped overthrow the Milosevic government in Serbia in 2000.

And in June, American television audiences of the popular Jon Stewart comedy programme, The Daily Show, heard from Bassem Youssef, an Egyptian heart surgeon turned comedian who spoke about the role that humour is playing in Egypt’s politics today.

When it comes to post-revolutionary Egypt, Youssef is perhaps the most successful political satirist. Soon after the revolution, Youssef and several of his friends created a YouTube programme called B+ that has been compared to The Daily Show.

Weaving together news clips with ironic commentary to create a critique of both Egypt’s politics and its media, episodes of B+ often received over a million hits. Last summer, the show made an unprecedented jump from social media to television when Youssef’s El Bernameg (The Show), which grew out of B+, premiered on the independent channel ONTV. In one memorable episode, Youssef did imitations, using wigs and full make-up, of several key presidential hopefuls – poking fun not only at them but at Egypt’s controversial and chaotic presidential election process.

Alongside El Bernameg are other comedy shows such as Rob’e Meshakel(Mixed Quarter) and the Lamp Show. Before the revolution, these comedy sketches used to avoid political humour out of fear of punishment from the regime. Now they feature it, indicating a new openness in the country.

Humour and people’s responses to it “have changed as the revolution has changed,” says Hebatallah Salem, an instructor at the Arabic Language Institute in Cairo. Salem, who teaches students how to translate humour, is compiling a history of the Egyptian revolution through its jokes.

Public humour, she says, continues to empower people, and reminds them that they can resist power through jokes. Whatever form the new Egypt finally takes, laughter has gone public, and political figures will have to learn to deal with it. The revolution will continue, as long as it keeps its sense of humour.

Mark Allen Peterson is professor of Anthropology and International Studies at Miami University in Oxford, Ohio and author of Connected in Cairo (Indiana University Press, 2011). He blogs at www.connectedincairo.com. This article was written for the Common Ground News Service (CGNews).