Is It Wise To Legislate Against Hate Speech? 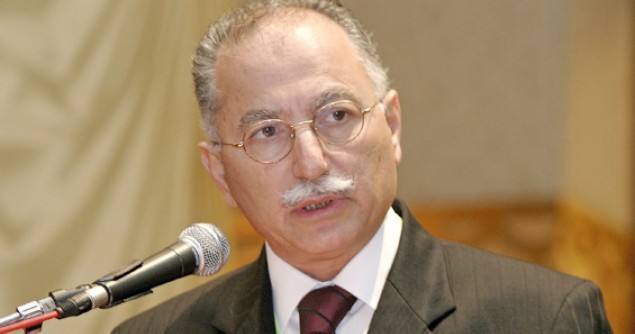 The Organization of Islamic Cooperation has come under increasing criticism the past year for its strong advocacy of blasphemy laws. It also played a central role in successfully urging the United Nations to pass nonbinding resolutions condemning defamation of religion.

Western conservatives have taken the OIC to task, claiming the group is an agent to suppress speech freedoms. Conservatives in the United States, including anti-Muslim hate groups, have expressed particular offense to any laws that may restrict their First Amendment right to denigrate any religion they see fit to attack.

Americans are wishy-washy about the US Constitution. Save for civil liberties groups, Americans don’t seem to mind so much losing their Fourth Amendment rights to protection from illegal searches and seizures of property, as long as the government tells them such actions are in the name of security. Some federal legislators are toying with the idea of repealing the 14th Amendment that gives citizenship to any child born on US soil regardless of their parents’ immigration status. But play with the Second Amendment that gives Americans the right to own firearms and the First Amendment that guarantees free speech and legislators will find themselves in hot water.

There was a time when the US media was the gatekeeper for political discourse. It seems somewhat quaint that Americans — now imbued with the power of social media — once relied on newspapers, radio and television to keep debate civil. Now, social media has led to the virtual abdication of responsibility and accountability for hate speech.

I single out Americans because many European countries and Canada have strong free speech laws, but also have hate speech legislation that demands accountability. The US has no such checks and balances in place other than slander and libel laws that place a heavy burden of proof on the offended party.

Individuals in Canada face up to five years in prison for distributing hate propaganda “that advocates or promotes genocide” or the “destruction of an identifiable group” distinguished by color, religion, race, sexual orientation or ethnic origin. In the United Kingdom, laws prohibit expressions of racial hatred or hatred against a group of persons due to color, nationality, ethnic origin or race.

Germany, France and Denmark prohibit hate speech, given Germany’s Nazi government and its occupation of France and Denmark during World War II. The memories of Nazi horrors inflicted on various ethnic groups remain fresh in the elderly population. Countries untouched by war on their soil and the hate propaganda that preceded ethnic cleansing have little appreciation for the history behind European hate speech laws.

I’ve always had mixed feelings about blasphemy laws or any restrictions of free speech, but the OIC’s campaign is not out of line with existing laws in Canada and the United Kingdom. In a recent interview with Arab News, OIC Secretary-General Ekmeleddin Ihsanoglu expressed concern over the growing trend of Islamophobia and xenophobia. Ihsanoglu takes issue with highly inflammatory anti-Muslim rhetoric designed as deliberate acts to insult and create “divisions and mistrust among diverse religions in society.”

This does not absolve the Muslim community of its own transgressions regarding hate speech, especially among marginal religious authorities that issue fatwas, or religious decrees, condemning other religions.But Ihsanoglu is clear on the OIC’s position on fatwas. He noted that only “highly reputed scholars from prestigious institutions and who have an extensive and in-depth knowledge of Shariah” should issue fatwas. “Dubious figures” issuing “marginal fatwas” should be ignored, he said.

Ihsanoglu pointed to a fatwa issued by the International Islamic Fiqh Academy, a subsidiary of the OIC, which states “freedom of expression is a right guaranteed in Islam within the framework of Shariah regulations.” The fatwa further states “not to offend others in a way that affects their life, honor, reputation or social standing; adhering to objectivity, truthfulness and honesty, committing to responsibility; to take into consideration the possible consequences; and that the freedom to express opinion does not contain attacks on religion or its rituals or sanctities.”

The OIC secretary-general added that fatwas do not apply to non-Muslims, who are not expected to comply since non-Muslim countries have their own laws, that is, except for the United States. The obstacle to writing a hate speech law without infringing on the right of freedom of expression is how to define it since hate speech is so subjective.

Hate speech legislation should be a living, breathing document flexible enough for refinement over time. However, the law should also have specific definitions in place, such as regulating abusive and threatening language and using that language to stir hatred against a specific group of people.

The polarization of the American political landscape has led to a loss of social responsibility. Radio and television pundits and hate websites use abusive and threatening language to marginalize individuals and ethnic groups. It generates media buzz but little in the way of consequences.

The OIC’s campaign to stem hate speech parallels current laws already on the books in many Western democratic countries. Perhaps it’s time US lawmakers joined in.

One Response to Is It Wise To Legislate Against Hate Speech?