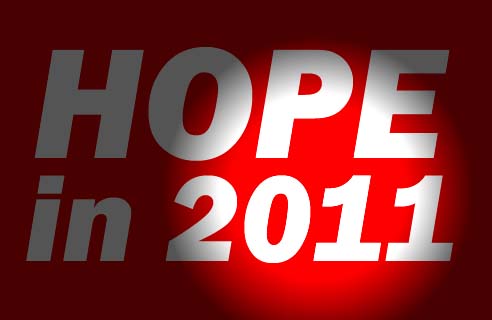 When the Iraqi army fell before invading US and British troops in 2003, the latter’s mission seemed to be accomplished. But nearly eight years after the start of a war intended to shock and awe a whole population into submission, the Iraqi people continue to stand tall. They have confronted and rejected foreign occupations, held their own against sectarianism, and challenged random militancy and senseless acts of terrorism.

For most of us, the Iraqi people’s resolve cannot be witnessed, but rather deduced. Eight years of military strikes, raids, imprisonments, torture, humiliation and unimaginable suffering were still not enough to force the Iraqis into accepting injustice as a status quo.

In August 2010, the United States declared the end of its combat mission in Iraq, promising complete withdrawal by the end of 2011. However, US military action has continued, only under different designations. The occupation of Iraq carries on, despite the tactical shifts of commands and the rebranding effort.

However, were it not for the tenacity of the Iraqi people, who manage to cross-sectarian, political and ideological divides, there would be no talk of withdrawals or deadlines. There would be nothing but cheap oil, which could have ushered in a new golden age of imperialism – not in Iraq, but throughout the so-called Third World. The Iraqi people have managed to stop what could have become a dangerous trend.

2010 was another year where Iraqis held strong, and civil societies throughout the world stood with them in solidarity, a solidarity that will continue until full sovereignty is attained.

Palestine provides another example of international solidarity, one that is unsurpassed in modern times. Civil society has finally crossed the line between words and sentiments of solidarity into actual and direct action. The Israeli siege on Gaza, which was supported by the United States and few other Western powers, resembled more than a humanitarian crisis. It was a moral crisis as well, especially as the besieged population of Gaza was subjected to a most brutal war at the end of 2008, followed by successive lethal military strikes. The four year long siege has devastated a population whose main crime was exercising its democratic right to vote, and refusing to submit to the military and political diktats of Israel.

Gaza remains a shining example of human strength in our time. This is a fact the Israeli government refuses to accept. Israeli and other media reported that the Israeli army will be deploying new tanks to quell the resistance of the strip, with the justification that Palestinians fighters managed to penetrate the supposedly impenetrable Israeli Merkava tank. Israeli military chief Lieutenant-General Gabi Ashkenazi, who made the revelation in a recent parliamentary session, may never comprehend that neither a Mekava (or whatever new model he will be shipping to Gaza soon) nor the best military hardware anywhere could penetrate the will of the unwavering Palestinians.

Gaza is not alone. Civil society leaders representing every religion, nationality and ideology have tirelessly led a campaign of solidarity with the Palestinian people. The breadth and magnitude of this solidarity has been unmatched in recent times, at least since the anti-fascist International Brigades units resolutely defended the Second Spanish Republic between 1936-1939.

The solidarity has come at a cost. Many activists from Turkey and various other countries were killed in the high seas as they attempted to extend a hand of camaraderie to the people of Gaza and Palestine. Now, knowing the dangers that await them, many activists the world over are still hoping to set sail to Gaza in 2011.

Indeed, 2010 was a year that human will proved more effective than military hardware. It was the year human solidarity crossed over like never before into new realms, bringing with it much hope and many new possibilities.

But the celebration of hope doesn’t end in Palestine and Iraq. It merely begins there. Champions of human rights come from every color and creed. Nobel Peace Prize Laureate Aung San Suu Kyi of Myanmar, The Most Rev. Dr. Desmond Tutu of South Africa, former US President Jimmy Carter and other luminaries and civil society heroes and heroines from across the world will continue their mission of peace and justice, as they have for many years.

These well-known names are only part of the story. There are literary millions of unsung heroes that make the hardship of the years more tolerable, and who will continue to guide us through new years and unknown challenges.

Haiti was one country that was hit hardest in 2010.  The small nation was greeted on January 12, 2010 with a most catastrophic earthquake, followed by 52 aftershocks. Over half a million people were estimated killed and injured, and many more became homeless. The year ended on a similarly devastating note, as over 2,000 people died and 105,000 fell ill (according to estimates by the Pan American Health Organization) after a cholera outbreak ravished an already overwhelmed country.

It is rather strange how leading powers can be so immaculate and efficient in their preparations for war, and yet so scandalously slow in their responses to human need when there is no political or economic price to be exacted. But this discrepancy will hardly deter doctors and nurses at the St. Nicholas Hospital in Haiti, who, despite the dangerous lack of resources, managed to save 90 percent of their patients

Our hearts go out to Haiti and its people during these hard times. But Haiti needs more than good wishes and solemn prayers. It also needs courageous stances by civil society to offset the half-hearted commitments made by some governments and publicity-seeking leaders.

It must be said that hope is not a random word aimed at summoning a fuzzy, temporary feeling of positive expectations for the future. To achieve its intended meaning, it must be predicated on real, foreseeable values. It must be followed by action. Civil society needs to continue to step up and fill the gaps created or left wide open by self-seeking world powers.

Words don’t end wars, confront greed or slow down the devastation caused by natural disasters. People do. Let 2011 be a year of action, hope, and the uninterrupted triumph of civil society.