“Harming The King’s Dignity”: Is it Right That 18 Year Old Goes To Jail? 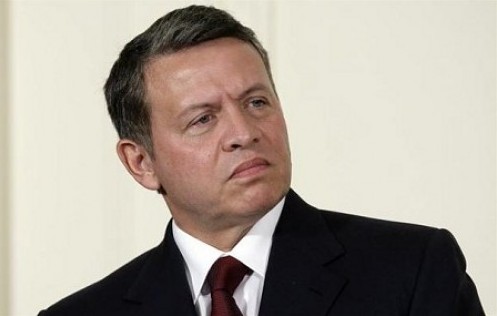 An 18 year old Jordanian burned a picture of the King a few weeks back during a protest, and has since been sentenced to two years by a military court.

A military prosecutor says a young Jordanian activist has been found guilty of “harming the king’s dignity” for burning a street poster of the monarch and has been sentenced to two years in prison. The prosecutor says 18-year-old Odai Abu-Issa torched King Abdullah II’s poster in front of a government office in southwestern Jordan two weeks ago.

The motive remains unclear. Abu-Issa belongs to a small group of young Jordanians who have been demanding Abdullah’s absolute powers be curbed. The prosecutor said the verdict by the military State Security Court was issued Thursday. He insisted on anonymity in line with military regulations. [source]

I understand that burning a picture of the King is offensive to some, along with the flag and other symbols of the country, but there is something seriously wrong with this in my opinion. First off, are we still charging people with “harming the King’s dignity”? Is that the hallmark of a country that wants to pursue reforms and establish a democratic environment? Is the bar for the King’s dignity set so low that an 18 year old can meet it if he simply burns a picture in public? Moreover, and perhaps more importantly to me, why is a civilian, an 18 year old no less, being prosecuted be a military court? Is he a soldier in the military, or is the military simply the body of government in charge with protecting the King’s dignity?

I’m not in favor of burning things in protest, but I’m not in favor of trying civilians through the military courts, or, over such an unreasonable law and its subsequent sentence. There are people who get less time in jail for killing their sisters and declaring it a matter of “honor”, than those who insult the King’s dignity. In fact, this kid also set some public property on fire, the punishment of which is ironically hard labor.

It also appears that he was beaten by police while in jail. If anything, I’d think that beating an 18 year old, and sending him to a military court to be tried and sentenced to two years would probably harm the dignity of the King than the burning of his picture.

There is perhaps the thinking that if this kid receives a harsh sentence it will send a message to protesters that insulting the King will not be tolerated. Actually, I’m quite convinced that someone, some where has probably thought this. Unfortunately, that kind of logic no longer plays out in the context of this Arab awakening. If anything, such sentences, in such a context, might be absorbed as a legitimate form of protest. That law was not a deterrent before, which should say something to the powers-that-be given that there hasn’t been a rash of flag or picture burnings in the past year of protests. But these kind of sentences can easily sway public opinion in the opposite direction. And more often than not, that’s exactly what they do.

One Response to “Harming The King’s Dignity”: Is it Right That 18 Year Old Goes To Jail?