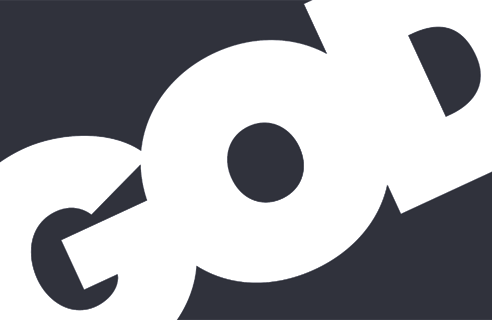 Half a million trees planted over the past 18 months on the ancestral lands of Bedouin tribes in Israel’s Negev region were bought by a controversial Christian evangelical television channel that calls itself God-TV.

A sign posted a few kilometres north of Beersheba, the Negev’s main city, announces plans to plant a total of a million trees over a large area of desert that has already been designated “God-TV Forest”.

The Jewish National Fund (JNF), an international non-profit organisation in charge of forestation and developing Jewish settlements in Israel, received $500,000 from God-TV to plant some of the trees, according to the channel’s filings to US tax authorities last year.

A coalition of Jewish and Bedouin human rights groups have denounced the project, accusing God-TV and the JNF of teaming up to force the Bedouin out of the area to make way for Jewish-only communities.

No one from God-TV was available for comment, but in a video posted on its website, Rory Alec, the channel’s co-founder, said he had begun fundraising for the forest after receiving “an instruction from God” a few years ago. He said God had told him: “Prepare the land for the return of my Son.”

Standing next to the “God-TV Forest” sign, Alec thanked thousands of viewers for making donations to “sow a seed for God”, adding: “I tell you Jesus is coming back soon!”

Part of the forest has been planted on land claimed by the Aturi tribe, whose village, al-Araqib, is nearby.

Al-Araqib has been demolished eight times in recent months by the Israeli police as officials increase the pressure on the 350 inhabitants to move to Rahat, an under-funded, government-planned township nearby.

Earlier this year, Joe Stork, the deputy director of Human Rights Watch‘s Middle East and North Africa division, criticised the repeated attempts by Israeli authorities to eradicate the village and displace its residents.

“Tearing down an entire village and leaving its inhabitants homeless without exhausting all other options for settling long-standing land claims is outrageous,” he said.

Human Rights Watch and other international human rights groups have criticised Israel for harsh measures taken against the people of al-Araqib and the other 90,000 Bedouin who live in Negev villages that the Israel refuses to recognise. They accuse the government of trying to pre-empt a court case moving through Israeli courts aimed at settling the Bedouin ownership claims.

God-TV’s involvement in the dispute has prompted fresh concern.

Neve Gordon, a politics professor at Ben Gurion University in Beersheba, said the JNF, which has semi-governmental status in Israel, had set a “dangerous precedent” in accepting money from God-TV.

“The Israeli authorities are playing with fire,” he said. “This dispute between the Israeli government and the Bedouin is a long one that until now focused on the question of land rights. But the involvement of extremist Christian groups like God-TV is likely to turn this into a religious confrontation, and that will be much harder to resolve.”

The JNF did not respond to questions about its involvement with God-TV or the Negev forest.

Gordon said it was particularly worrying that Alec was using the language of Biblical prophecy in justifying his decision to finance the forest.

The channel, which has become one of the most popular global evangelical stations since its founding in Britain 15 years ago, claims a potential audience of up to a half-billion viewers, including 20 million in the United States.

Stephen Sizer, a British vicar and prominent critic of Christian Zionist groups, described God-TV as part of an evangelical movement that believes Israel’s establishment and expansion are bringing nearer the “end times” – or the moment when, according to Christians, Jesus will return for the second time.

Its followers, he added, believed that, by dispossessing Palestinians of their land and replacing them with Jews, Jesus’s return could be expedited.

“Funding aliyah [Jewish immigration] and planting trees in the desert may look innocuous but it’s actually their way to side with the Israeli right’s hardline policies towards the Palestinian population.”

Sizer said there was increasing co-operation between Israeli institutions and Christian evangelical groups, which have begun basing their operations in Israel.

God-TV has proclaimed itself the only television channel to broadcast globally from Jerusalem, following its relocation there from the UK in 2007.

Rabbi Eric Yoffie, the head of the Union of Reform Judaism in the US, has repeatedly called on Israel to sever contacts with Christian Zionist and evangelical groups, describing them as opposed to “territorial compromise under any and all circumstances”.

God-TV has close ties to Christians United for Israel (Cufi), an umbrella group founded in 2006 by John Hagee, a Texan pastor, that lobbies on behalf of Israel in Congress.

Hagee, a frequent preacher on the TV channel, has regularly courted controversy with comments seen as anti-Semitic. Most notoriously, in a sermon in the late 1990s, he called Adolf Hitler “a hunter” who carried out God’s plan for the Jews to return to Israel by leaving them “no place to hide” in Europe.

Cufi and the other evangelical groups have lobbied strenuously in Washington on behalf of the illegal settlements in the West Bank and for Israeli control over the holy sites in East Jerusalem, said Sizer.

Benjamin Netanyahu, Israel’s prime minister, has been especially keen to seek out support from Christian evangelical groups, according to Shalom Goldman, a professor at Atlanta’s Emory University, who recently published a book on the Christian Zionist movement.

Last year Cufi announced a $38 million marketing drive to bring more Christian tourists to Israel, including the establishment of a “task force on global Christian relations” jointly overseen by Hagee and Netanyahu.

Haia Noach, the director of the Negev Coexistence Forum, which campaigns for Bedouin rights, said her organisation feared more of God-TV’s trees would be planted on Bedouin lands in the coming weeks. A depot has recently been established close to al-Araqib to store four bulldozers.

“The villagers refuse to abandon al-Araqib, even though it has been destroyed many times. But once a forest is planted there, there will be no chance to go back,” she said.

She said she feared the goal was to build Jewish communities on Bedouin land. She cited the case of Givat Bar, which was secretly established by the government on part of al-Araqib’s lands in 2003.

Repeated letters to the JNF for information about their forestation programme had gone unanswered, she said.

Awad Abu Freih, a community leader at al-Araqib, said the house demolitions and forest-planting were only the latest measures by the government to remove the villagers.

Repeated destruction of al-Araqib’s crops by spraying them with herbicides was ruled illegal by Israel’s Supreme Court in 2004.

Efforts to move 90,000 Bedouin off their lands close to Beersheba have been intensifying since 2003, when the Israeli government announced plans to move them into a handful of townships.

The Bedouin have resisted, complaining that the official communities are little more than urban reservations that languish at the bottom of the country’s social and economic tables.

A shorter version was originally published by UAE newspaper, the National.