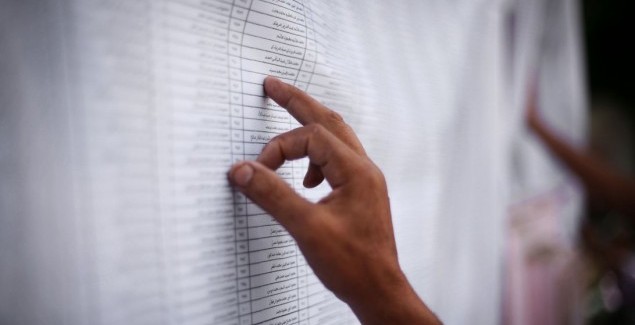 It now seems clear that the run-off in the Egyptian presidential election will be between Muhammad Mursi of the Freedom and Justice Party (Muslim Brotherhood) and Gen. Ahmad Shafiq, former Aviation Minister in the Mubarak government and the deposed dictator’s last prime minister. This outcome is a polarizing one and promises a rocky road ahead for Egypt’s attempt to transition to democracy. Shafiq was at some points on Friday in the third place, but he pulled ahead later in the day as Cairo and some rural votes came in.

Although the official results won’t be announced until Monday, the results from the local polling stations are unlikely to change the outcome, since all the ballots by now have been counted and reported out.

The outcome shows a strong “law and order” desire on the part of the Egyptian electorate. In a poll that I discussed last Monday, respondents put security issues way ahead of economic ones. Shafiq is such a law and order candidate, and the Brotherhood’s Muhammad Mursi is promising more Islamic law, which Egyptians tend to interpret as a way to reign in hooliganism. The disruptions of the 2011 revolution, the subsequent poor morale among the police, the increase in firearms availability, and the release by the Mubarak government in its last days of thousands of criminals from prison, have all contributed to a mild uptick in crime. Egypt is still safer than most Western capitals, but people here had been living under a police state where there was very little crime and few public disturbances, and so it seems to them as though there is a crime wave. I live in the Detroit area, so I laugh at their supposed ‘crime wave,’ but to them it is a problem.

Ironically, the preference for a law and order candidate after a period of social upheaval in Egypt mirrors what happened in the United States in the 1960s and after. The anti-war protests of the counter-culture and the damage done Southern Democrats by the Civil Rights movement contributed to President Lyndon Johnson’s decision to step down (a la Mubarak). But this mainly youthful upheaval was followed by the victories of Richard Nixon and Ronald Reagan and the rise of the Religious Right thereafter in national politics. Just as American leftist radicals like David Horowitz gradually allied with the right wing of the Republican Party and with the Evangelicals, so novelist Alaa al-Aswany, a supporter of the 2011 revolution, has just come out for the Muslim Brotherhood in the runoff elections. Many on the revolutionary left will just be alienated, but some will decide that anything is better than a Mubarak clone.

Over a fifth of the votes went to a pro-labor, leftist candidate, Hamdeen Sabahi. Some of his constituency probably also voted for liberal Muslim candidate Abdel Moneim Abou’l-Futouh, and it is not impossible that in an American-style two-party primary contest, Sabahi would have been one of the two front-runners. But the Egyptian system is more like the French, with multiple candidates who span the political spectrum. In Egypt we have the opposite of what just happened in France, where the extreme right first stole votes away from the right wing Nicolas Sarkozy, and then largely declined to rally around him in the run-offs. In Egypt, the centrist Abou’l-Futouh probably stole votes from leftist Sabahi, allowing a secular right wing candidate and a religious right wing candidate into the run-offs.

Egyptians I’ve talked to are mostly philosophical about this outcome, which is probably the worst possible one for the stability of the country. They point out that the election appears to have been fair and transparent, and that the ballot box will give legitimacy to whoever wins. They also say that after all there will be another election in four years, and if whoever wins has done a poor job, the electorate will throw the rascals out. The hold of fear and dictatorship, they say, has been permanently broken. And if the government starts putting on airs and veering toward authoritarianism before the four years is up, they say, the people will just go en masse to Tahrir Square and cause another government to fall. I am struck by the self-confidence of the Egyptians and their general lack of fear of the future, their conviction that they can handle whatever situation arises.

The American political elite, very attentive to big money in politics and to the Israel lobbies, almost certainly is pulling for Shafiq to win. Mursi and the Brotherhood have a long history of hostility to Israel, and talk about revising the Camp David Peace Accord of 1979. (Camp David was supposed to lead to a resolution of the Palestinians’ problems but instead became a separate peace for Egypt and a means whereby the Israelis could further displace and expropriate the Palestinians, denying them any citizenship in a state and keeping them as riffraff who can be victimized at will. In this respect, a Brotherhood government in Egypt that stood up for the Palestinians would be a positive step).

The Americans will also be concerned about Iran and oil. As for oil, ten percent of the world supply goes through Egypt’s Suez Canal. Neither a Mursi nor a Shafiq government will likely affect the functioning of the Suez.

Egypt under either is likely to be less hawkish against Iran, but the way the Bahrain and Syria crises have unfolded makes it unlikely that the Sunni Muslim Brotherhood will want to get too cozy with the Shiite ayatollahs. (The Brotherhood supports the Syrian uprising, which Iran opposes. The Brotherhood is close to the Gulf oil monarchies that are helping crush the Shiite protesters in Bahrain, whom Iran favors). In fact, Sunni authorities have been cracking down on the handful of Egyptian Shiites who have recently dared try to open places of worship. Shafiq will presumably be on much the same page with the Pentagon on security issues.

The outcome of the election will mainly affect Egypt’s domestic situation. But it could work in unexpected ways. If the Brotherhood wins, they will become the Establishment, and the Egyptian youth may swing further to the secular left in reaction. (Some young women are already abandoning their headscarves to protest Brotherhood dominance of parliament).

The important questions for Egypt are probably not the ones the outside world is thinking about. Someone at the top needs to root out the culture of corruption in the government and business here, if they are ever to get any substantial foreign investment. The Muslim fundamentalists are known for being against corruption, but it isn’t clear that they can or will deliver on a national scale, as happened in Turkey.

And the Egyptians need to rework their industrial system so as to make things like light textiles at a quality and price that will allow them to increase sales. Heavier industry must also be further developed.

The Egyptian state needs to invest in infrastructure and education. You can’t have a prosperous modern country if your sidewalks are all broken and used mainly as parking lots or bathrooms, if you have few traffic signals or pedestrian crosswalks, and if you have 2000 students in a lecture course and the professor is paid $60 a month.

To that end, the state needs to tax the Egyptian wealthy and begin having money in its budget other than foreign aid or rents like the Suez Canal tolls and the gas and oil money (which isn’t that much).

Frankly, neither Mursi nor Shafiq strikes me as a Tayyip Erdogan (Turkey’s fabulously successful prime minister who has helped bring that country into the G-20). But someone should tell them that Egypt has a choice between becoming Bangladesh or becoming Turkey — and corruption, foreign investment, reformed industry and education have to be addressed if it wants to achieve its potential.

Also, pay attention to the sidewalks and traffic crosswalks. People shouldn’t have to risk their lives to get to the other side of the road, and preventing foot traffic down town didn’t work to save the state anyway.