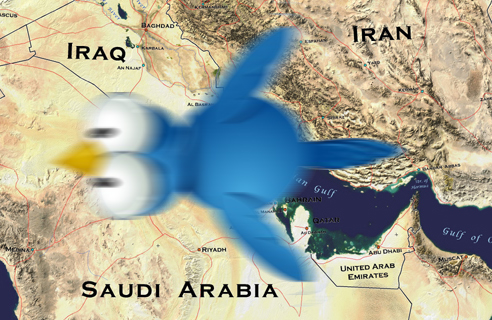 We all know the many ways the Internet has been used in the service of terrorism – Al Qaeda-linked websites, recruitment videos, uploads of Osama Bin Laden’s latest video screed, and how-to-blow-things-up online manuals. Al Qaeda and its sympathisers were early adopters of the web and have made destructive use of its unparalleled ability to connect people.

But a new, countervailing trend is emerging: more and more of the Middle East is getting wired. As a result, we can now change the conversation to the impact of technology and social media on peace, not just on terror.

This was, in fact, one of the topics that was addressed at a conference I attended recently in Abu Dhabi. Now, I’ve been to a lot of tech conferences, but I’ve rarely seen the sort of enthusiasm and optimism that I witnessed at the Sir Bani Yas conference, convened by Sheikh Abdullah bin Zayed, Foreign Minister of the United Arab Emirates, and the International Peace Institute. The participants included Salam Fayyad, Prime Minister of the Palestinian National Authority; Amr Moussa, Secretary General of the League of Arab States; and high-level officials from Jordan, Palestine, Malaysia, Pakistan and Bahrain.

When I spoke on the second evening of the conference about how to use social media to promote peace and security in the Middle East, I was struck by how willing many of the Arab leaders present were to more fully embrace these new social tools.

Among them was Khalid Alkhalifa, who describes himself on his Twitter feed as “Diplomat, Ambassador, Foreign Minister of Bahrain, Reader, World Traveler, Bon Vivant.” He’s also an impassioned Tweeter, who has mastered the art of being familiar with his followers.

At the dinner, Jordan’s foreign minister Nasser Judeh told me about a live Twitter interview he hosted this summer, where he took questions – many of them pointed – from Jordanian “tweeps”, or followers on Twitter. Of course, Queen Rania has famously made Facebook, YouTube and Twitter – where she has 1.3 million followers – a vital part of her communications repertoire. Earlier this month, she tweeted, “Technology isn’t just a luxury of the developed world; it’s a crucial tool for the developing world” – a powerful echo of Twitter founder Biz Stone’s assertion that “Twitter is not a triumph of tech. It’s a triumph of humanity.”

All across the region governments, non-governmental organisations, groups and individuals are utilising social platforms to impact their societies – politically, culturally and socially.

In Jordan, young people are texting, tweeting, and using Facebook and YouTube to call attention to environmental issues. This is a concern across the region. Bahrain’s Alkhalifa recently tweeted “UAE, Qatar, Bahrain named among worst polluters in global list.”

In Egypt, young people are using social tools to put a spotlight on police brutality and to try to keep their government honest. Indeed, last week, Egypt held the first round of its parliamentary elections. The government refused to allow international observers to monitor the vote. But the website U-Shahid.org (“you are a witness” in Arabic) tried filling the void by soliciting citizen reports of election problems. Egyptians were able to report irregularities via email, Twitter (hashtag #USHAHID) and text message, which U-Shahid tracks on an interactive map. U-Shahid.org currently has 125 volunteers working on the project.

Elsewhere in Egypt, a new project aims to catalogue instances of women being harassed on the streets of Cairo, a huge problem there: 83 percent of Egyptian women say they have been sexually harassed. HarassMap is a new website that helps women to anonymously report mistreatment via Twitter, Facebook, email and text. The site hopes to identify the parts of Cairo where harassment is particularly prevalent, then do community outreach in those neighbourhoods.

In Lebanon, the Social Media Exchange is training people to use social media to develop projects such as Building a Culture of Peace, which is geared toward teaching young Lebanese activists how to resolve conflicts.

And throughout the Middle East, young people are downloading the Mideast Youth iPhone App, a tool that promises to gather in one place what young people in the region are saying on Twitter, Facebook, Friendfeed and a variety of popular websites. Among the features: a Middle East news feed, the latest tweets from the region, a Middle East youth podcast, and a list of human rights Facebook groups in the Middle East.

No longer is our best hope for change in the region the far-too-often failed process of our government pressuring their governments. If fundamental change happens, it’s going to come from the bottom up – with social media fuelling the transformation.

This abridged article is distributed by the Common Ground News Service (CGNews) with permission from The Huffington Post. The full text can be found at www.huffingtonpost.com.

Arianna Huffington is Co-Founder and Editor-in-Chief of The Huffington Post, a nationally syndicated columnist and author of 13 books.