Every Day is ‘Sandy Day’ For Gaza’s Citizens 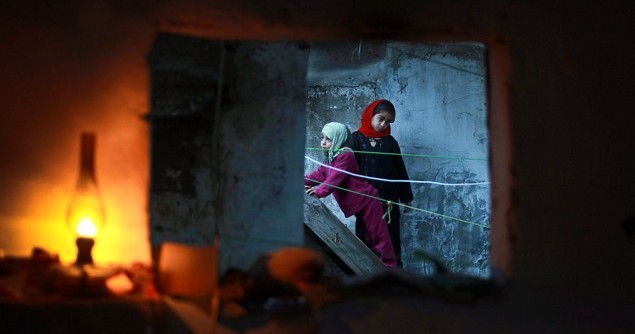 Hurricane Sandy knocked out electricity to New York University’s Langone Hospital, which had to evacuate its patients. Bellevue Hospital also had to be cleared and the patients sent elsewhere.

This story is a horrible one, and one’s heart goes out to the patients, already ill, who lost electricity under these frightening circumstances and had to be moved.

But imagine if hospitals going dark were not a result of a calamity of nature, but of deliberate government policy.

That is the situation of patients in the Palestinian Gaza Strip. The Strip’s major power generator was damaged by an Israeli bombing raid in 2005 and it has never been properly repaired, so that it creaks along not able to provide enough juice for the 1.7 million Palestinians trapped there by the Israeli blockade. Egypt provides some fuel, but last spring it cracked down on smuggling, which would have interfered with its formal contracts, plunging Gaza into a power emergency that threatened the hospitals’ ability to function.

About a third of Gaza’s electricity is supplied by Israel, as part of its treaty obligations under the Oslo accords and because it is still considered the Occupying authority in the Strip. Israeli governments have sometimes tried to wriggle out of this obligation, but even the Israeli courts found those plans cruel and illegal. As recently as September, Israeli Minister of the Environment Gilad Erdan again proposed cutting electricity supply from Israel to Gaza.

Gaza hospitals are all too often on the brink of going dark. They have back-up generators, but often there are shortages of gasoline, as well. Israel’s blockade of the civilian economy of Gaza is preventing the kind of infrastructural improvements needed to give the hospitals guaranteed power.

Why can Americans sympathize with the patients at the Langone Hospital in New York, but are actively complicit in the energy shortages afflicting Gaza hospitals? Are not the patients in both equally human beings? Aren’t there premature babies in both and patients on a lifeline, who would be endangered by a loss of electricity? If the US Congress is willing to vote disaster relief for New Yorkers, shouldn’t it at least object to the Israeli blockade on Gaza?