Building Entrepreneurship in the Middle East 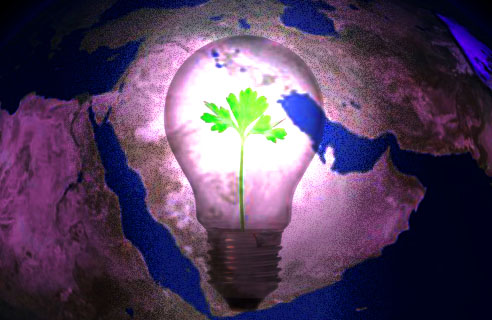 Creating a culture in which entrepreneurs thrive is a hot topic throughout the Middle East, and nowhere more so than in Bahrain.

Here’s a story I wrote for the Bahrain Gulf Daily News about a conference on entrepreneurship. It’s published in today’s edition under the heading Culture of Innovation Backed.

The Government of Bahrain, and Tamkeen in particular, have made great efforts in recent years to encourage a culture of innovation and entrepreneurship in the Kingdom. So it was fitting that Bahrain should host the 10th International Entrepreneurship Forum under the patronage of HH Sheikh Mohammed bin Mubarak Al-Khalifa.

As someone who has been involved in starting a number of companies over the past couple of decades, I was a more than interested observer. From the opening day’s proceedings, there were a number of statements that rang true for me.

Professor David Storey of Sussex University made the point that being an entrepreneur is not easy. He quoted statistics from the UK to show that only 30% of start-ups remain in business after five years. He also asserted that chance plays a major part in whether a new business will succeed or fail – well-run businesses often fail while badly run businesses succeed. So the past track record of an entrepreneur is not necessarily a reliable guide to their future success.

I know this from experience. My business partner and I sold one of our businesses in August 2001 – three weeks before 9/11. If the deal had still been pending on September 12th, it would have collapsed. Even if we had sold the company subsequently, it’s unlikely that we would have achieved the same sale price or anywhere close to it for some time.

Another telling observation was that entrepreneurs of the kind being encouraged in Bahrain should add real value. There are all kinds of entrepreneurs – people who start businesses, people who transform their businesses, social entrepreneurs who launch initiatives to help their fellow citizens. To be an entrepreneur is to take risks, not to be afraid of failure, and to have a genuine passion for what they are doing.

Bahrain has always had an entrepreneurial culture. The great trading families, the Al-Mowayyeds, the Kanoos, the Fakhros and the Zayanis, each had founders who started from nothing. Today’s Bahraini self-starters, for all the efforts of the Government, face stiff cultural and practical hurdles. Family opposition, the desire for job security, an education system that in the past did not encourage creativity. As one of the speakers pointed out, the motivation of an entrepreneur should not be simply to make money. There should be other drivers – a desire for achievement, for excellence, or an urge to create something never done before. Wealth flows from these motivations, not of its own accord.

And today, it is not enough for Bahrainis to compete with other Bahrainis in the same fields – replacing one company with another will not add economic value to the country. Bahrain needs entrepreneurs who export knowledge, expertise and competitive products, who bring money into the economy and create new jobs. That’s a big difference from starting a coffee shop at the expense of another. Or even setting up a telecoms company and thereby putting another one out of business.

Looking beyond the local perspective, Professor Zoltan Acs of George Mason University in the USA focused on the projection that by 2050 there will be another 3 billion people in the world, and most of these will be in the so-called developing countries. How do we help countries like Somalia to build an entrepreneurial culture that will generate the innovators of the future? His point was that the recent  engine rooms of innovation – the countries of the West – are suffering declining populations. If the additional three billion are to live in peace, security and prosperity, then they, and the countries they will live in, will need to deliver a much higher share of innovation and entrepreneurship.

Had space allowed, I would have added these thoughts on the conference:

The event was one of a series organised for the past ten years by the OECD and Essex University in the UK. I was surprised not to find any representatives from China, one of the world’s most ferociously  entrepreneurial nations. And if not China, then Singapore or Malaysia, both of which are heavily influenced by the Chinese business culture. Most of the speakers were from Europe and the US, although the developing world was represented by speakers from Nigeria, South Africa and India (if the latter can still be described as “developing”). The absence of speakers from the Far East was a shame, especially given the increasing ties between the GCC and countries like China, Japan and South Korea.

There was quite a lot of debate over whether or not self-employment counted as entrepreneurship. I sided with those who believe that they are separate activities, and that a self-employed person does not naturally become a value-generating entrepreneur. The key difference is ambition and acceptance of risk.

Perhaps because many of the speakers were academics, whose focus is strongly on young people, there was a heavy emphasis on pitching people straight into careers as entrepreneurs as soon as they graduate. I agree that an entrepreneurial mindset should be imbued in young people from primary education onwards. But it should not be taken as a given, especially in the Middle East, that graduates are necessarily ready to start businesses. The example of Gates, Jobs and Zuckerberg, each of whom began their entrepreneurial careers in their teens, were rightly used as inspring examples. I wrote a recent post on the same theme.

But these are special people. They came from relatively privileged backgrounds. And, as Malcolm Gladwell points out in his book Outliers, by the time they launched their companies they had notched up many thousands of hours of programming experience. They also created intellectual property, which is a fundamental component of the knowledge economies that Middle Eastern countries are striving to create. To date, the region is behind the curve in investing in research and development, although some countries – particularly Saudi Arabia – are making significant efforts to catch up.

Although Zuckerberg and the others are great role models for would-be entrepreneurs, there’s also a lot to be said for learning about the world of work – and making mistakes – as an employee before striking out on one’s own. People become entrepreneurs at all ages. In the Middle East, there’s a strong tradition of senior ex-employees setting up their own businesses after substantial careers with established companies – Saudi Aramco particularly comes to mind.

So it was encouraging to hear Dr Samir Fakhro of the Arab Open University describing the entrepreneur education that his university delivers to would-be starters in mid-career. I and my business partner both fell into that category when we started our first company. We never had any entrepreneurial education other than what we picked up in our earlier careers. But that work experience, combined with the strong motivation we shared, played a large part in our success.

Finally, it was interesting to hear Nedhal Al Aujan, the CEO of the Bahrain Development Bank, talking about the work his organisation does in supporting entrepreneurship in Bahrain. Apart from being a major source of finance for start-ups, the BDB provides training and mentoring for their clients to a far greater extent than any of the commercial banks I’ve come across.

But one slide in Al Aujan’s presentation – a diagram showing all the organisations involved in fostering start-ups in Bahrain – brought back mixed memories for me. At the back end of the 90s, I spent four years as a non-executive director of one of the UK’s largest Business Link organisations. Business Links were tasked, among other things, with fostering the growth of small and medium-sized enterprises within their regions.

While they did, and I believe still do, excellent work, my main memory as a board member was listening to endless debate and angst about all the other organisations with their fingers in the SME pie. In the UK, there were many publicly-funded groups that were set up by successive governments with the purpose of supporting the UK’s economic growth. Each had a strong interest in supporting SMEs. And government continually tinkered with their remits. The result? Confusion, paranoia and turf wars, not to mention a steep learning curve in coming to grips with such a byzantine landscape.

When I saw the BDB’s diagram, I remembered those days. I hope that Bahrain does not fall into the same trap. The country has a strong economic vision for 2030. There is great enthusiasm for promoting innovation and entrepreneurship, and initiatives across a broad front.

But creating an entrepreneurial culture in a country, as Professor Daniel Isenberg of Babson College pointed out, requires determination, a lot of money and a united sense of purpose. He also believes that a single organisation, accountable to government but part of it, needs to be entrusted with the primary responsibility and the authority for achieving that end. If Isenberg is right, then perhaps Bahrain needs to fine tune the way it’s going about building its knowledge economy. And, I would argue, the same might go for many of the other GCC countries.