Entrepreneurs to leave mark for next generation 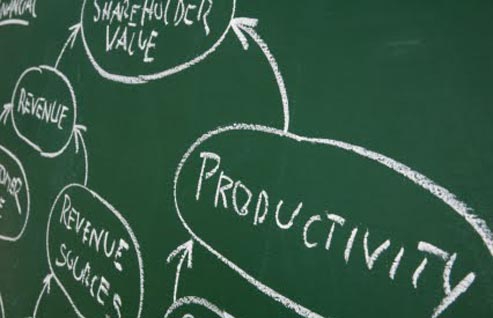 The first few days of November have quickly become known as Entrepreneurship Week in Dubai. The Dubai School of Government kicked off the week with a panel on women’s entrepreneurship in the Gulf, featuring leading businesswomen from Abu Dhabi, Dubai and the region. The next day at the Young Arab Leaders Entrepreneurship Summit, cross-generational leadership was represented, with Sheikh Mohammed bin Rashid, the Prime Minister and Ruler of Dubai, and his son Crown Prince Sheikh Hamdan attending.

The list of Emirati and regional guiding lights in entrepreneurship goes on and on. But perhaps the most important element among the 500 or so attendees were the scores of students and aspiring entrepreneurs who were there to learn from those who had gone before.

The week was capped with what will be viewed as a day of historic transformation in the world of Arab entrepreneurship. Led by Arif Naqvi, the chief executive of Abraaj Capital, and Fadi Ghandour, the chief executive of Aramex, more than 2,000 budding and established entrepreneurs congregated for the Celebration of Entrepreneurship 2010. At the event, Wamda.com, which means spark in Arabic, was launched as a meeting place for the region’s entrepreneurs. (watch video: Impressions of CoE which ends with my quote)

The truth is that Arabs are sick and tired of hearing of the trouble that regional governments’ failed policies have got us into. Arabs are now ready to do something about it. According to UNDP estimates, 50 million jobs (some say 100 million) need to be created in the Middle East by 2020 just to prevent unemployment from growing even worse. Harbour no allusions that Arab governments will be able to create these tens of millions of jobs: only the private sector and entrepreneurship have the potential.

Everyone was there for one common goal: instilling the spirit of entrepreneurship in young Arabs. The same podiums were shared by the likes of Naguib Swairis, the founder of Orascom Telecoms, and a pair of brilliant teenage Yemeni students who have started a new coffee-producing business. Their plans are no less grand than ridding their country of the menace of qat and bringing back coffee as an agricultural earner of foreign exchange.

Indeed, we are desperate for grand ideas. We need ideas that will allow the Arab world to make a giant leap into the present, rather than linger in the era of bygone policies.

A consensus was reached at the conference: the fragmented approach that Arab governments have taken will not work. It is simply not good enough for one country to create jobs while others lag behind. When Europe rose out of the ashes of the Second World War, it was not because Germany or France competed or worked in isolation; it was largely because of their joint effort to establish the European Coal and Steel Community, the precursor to the European Union.

Arab governments need to understand that without pan-Arab initiatives, true economic prosperity will not be achieved. We must capitalise on our demographic strengths as a region with a population larger than the United States and comparable to the European Union.

It is no coincidence that Maktoob.com, recently sold to Yahoo! for more than $100 million (Dh367 million), garnered so much global attention. After all, it was always a pan-Arab, not just a Jordanian firm.

The Celebration of Entrepreneurship 2010 featured ministers such as Sheikha Lubna Al Qasimi and Reem al Hashimi, entrepreneurial legends including Samih Touqan and Fadi Ghandour, and ambitious young people all voicing their concerns and sharing their aspirations.

One day we will look back on a few days in November, when thousands of young, aspiring leaders came together and believed in what seemed to be impossible: things will be better for the next generation of Arabs. Through entrepreneurship, one person’s fledgling business of today will become the transnational corporation of tomorrow. Yes, these are lofty goals, but even Thomas Edison’s ideas started with a spark.