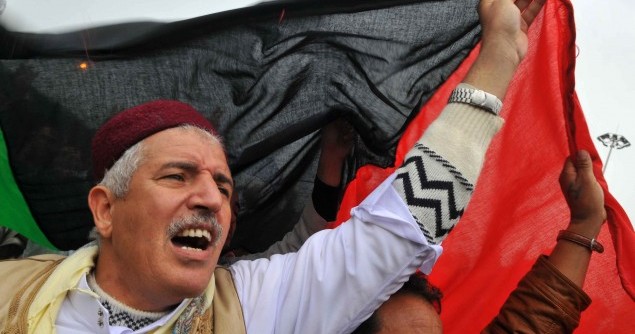 The attack on the US consulate in Benghazi, Libya, on September 11 was seen by many observers as a sign of Libyan radicalism or instability rather than the work of a small, violent and unrepresentative group.

It is a little hard to understand this point of view, since Libyans had just voted in what observers felt were free and fair, transparent elections, and they had elected moderate, mainstream politicians. Even the Muslim Brotherhood lost in the elections. When I was in Benghazi in late May, I found people enormously proud of their municipal and then-planned national elections, and relieved finally to have escaped the nightmare of Qaddafi rule. The US ambassador killed in the consulate attack, Chris Stevens, was wildly popular among Libyans, and I, as an American, was warmly greeted wherever I went.

On Friday during the day, the people of Benghazi demonstrated in their tens of thousands for peace and against al-Qaeda-style radicalism. Many placards called Chris Stevens “a friend,” though sources on the ground cautioned that the rally was not primarily about foreign affairs. The crowds were angered by continued poor security, and by the affront to the honor of their city, the leading municipality in the revolution against Muammar Qaddafi (Gaddafi) in 2011, committed by radical Muslim groups when they attacked the US consulate. The demonstrations were an affirmation of Free Libya and a signal that the people did not overthrow the mercurial Qaddafi just to be dominated by pro-al-Qaeda thugs.

Then on Friday night, their frustration with the militiamen of the “Ansar al-Shariah” and other lawless groups boiled over, and they attacked three of their headquarters and drove them out of the city. One of the groups they attacked, the Rafullah Sahati Brigade, has Muslim fundamentalist tendencies and is rumored to be connected somehow to hard line fundamentalist elements in the Libyan Ministry of the interior, according toal-Hayat the attackers had some armed men among them. The battle lasted two hours, and in the end the militia decided to withdraw from the city.

The rumored connection of the Sahati Brigade, headquartered 15 km outside the city at a farm, to the Ministry of the Interior, suggests that Friday night’s events may in part have been a power struggle within the Libyan government. Regular army troops occupied the militia’s camp in the aftermath of the crowd action. (I.e. did a more secular Ministry of Defense strike at a fundamentalist-leaning Interior Ministry, using the angered Benghazi crowds?)

Earlier, crowds had also driven the Ansar al-Shariah, a hard line fundamentalist group, out of Benghazi. Ansar al-Shariah is alleged to be the group behind the consulate attack, though its leaders deny it.

Four were killed in the clashes, and a dozen wounded.