Egypt Celebs Say No, Will they Convince Others? 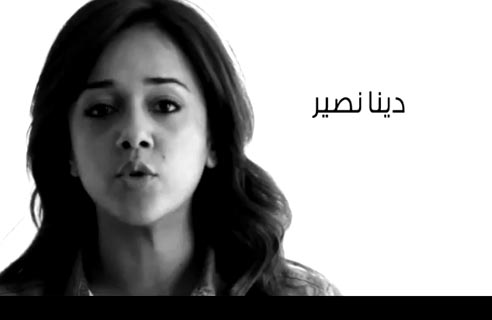 In the couple of weeks leading up to yesterday’s public vote for or against the proposed amendments of Egypt’s constitution, a number of well-known faces joined forces to encourage citizens to vote.

Hundreds of thousands of Egyptians cast ballots on Saturday, March 19, saying “yes” or “no” to an entire package of nine proposed changes to ensure that upcoming presidential and parliamentary elections are fair.

And what’s remarkable – for the first time in 30 years – public figures and celebrities used their fame not only to encourage the public to vote, but to also push for them to vote “no”.

Whether an actor or respected political figure, these figures played a highly influential role in convincing their fellow countrymen and women that voting against the proposed amendments is the only way of maintaining Egypt as a democratic state – a state not ruled by religion. For once, they are free to express how they truly free; their opinions not controlled by a regime.

One of the most notable campaign videos that made the rounds online is Kool La2 (Say or Vote No). Directed by Mohamed Shaker, a host of well-known Egyptians – ranging from actors Ahmed Helmy and Mona Zaki to politicians Amr Moussa and Mohamed ElBaradei, as well as director Amr Salama and even Islamic scholar Amr Khaled – expressed their concern about the consequences of voting “yes”. Simple, yet delivering an important message, the video could have played a huge role in helping those who do not know much about the vote.

Meanwhile, numerous artists took to their blogs or public Facebook pages to encourage users to vote “no”, with many already posting pictures of them at polling stations (or pictures of their finger with the pink voting ink).

One actress campaigning heavily against the vote was Basma Hassan, who wrote online: “First of all, the point of the revolution was to topple the regime and constitution, therefore it would be ridiculous to amend what is essentially meant to be erased.

“Secondly, I do not think it is fair for people to have one vote on nine changes — what if you agree with some changes, and others you don’t? For example, why are we preventing a person from running for office just because one of their parents is not from Egypt?”

The actress, who is said to have sat in Tahrir Square for a number of days during the uprising, added: “I can just see us returning to the old system like this.”

Actor Khaled Al Sawy, who also participated in protests last month, said: “Amendments to the constitution? The constitution has already died thanks to the revolution!

“The constitution is dead and meaningless, so why are some attempting to recover these things of the past. People want democracy.”

Egyptian actress Jihan Fadel also took to her official blog, making her stance clear, stating: “I say no to the constitutional amendments on March 19. They want to use our revolution to make a new constitution for the country. This is not fair.”

Other celebrities that have spoken out about the vote include Khaled Abol Naga, Mena Shalaby, Amr Waked, and Nader Hamdy.

Regardless of the outcome, this referendum offered Egyptian citizens their first taste of a free vote in decades — and will likely be remembered as a milestone in Egypt’s road to democracy. Whilst public figures did their bit to encourage the masses in doing the right thing, their true level of influence will only be revealed later today. Here’s hoping the majority truly voted “no”.?