Easter: You’ll Find it Beneath the Chocolate 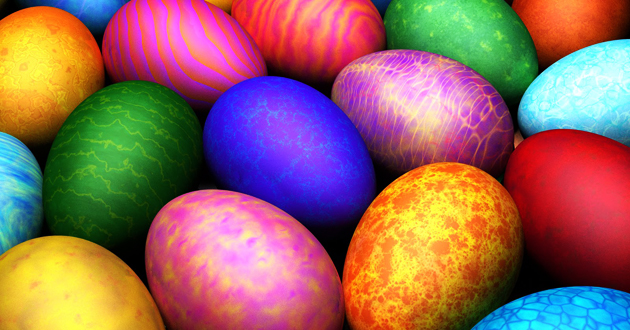 The shelves at my local supermarket are straining beneath the weight of chocolate eggs and hot cross buns, in anticipation of Easter this weekend. While these luxuries are being wolfed down by many, Christians are marking their belief in the event of Jesus’s crucifixion, burial and subsequent resurrection.

As I enter the store I’m hit by the notion that this weekend is not Easter, but a Festival of Sugar. As a lover of chocolate in particular, I’d be right behind the creation of Chocoholic Sunday (marketers take note: you heard it here first). But why oh why does a very serious religious celebration about betrayal, sacrifice and redemption need to be turned into a cutesy commercial extravaganza?

While Easter is pivotal to Christian doctrine, as a Muslim, I don’t accept the premise of crucifixion and resurrection. For me, Jesus was not God, nor the Son of God, nor part of a Trinity. He was a human being, albeit a prophet, whom I hold in extremely high status.

However, like significant events in all religions, I believe it is important to respect the believers of that religion and their reverence for the event. Just as I feel dismayed at the increasing commercialisation of Ramadan and Eid, I feel the same dismay at the commercialisation of Easter.

Easter doesn’t suffer as badly as Christmas, which has turned into an extenuated and indulgent shopping fest. That’s probably because the gory events of Easter are much less easy to paint with a romantic cuddly brush. But at least most people have an inkling of the core message of Christmas: the birth of Jesus, hope, peace and goodwill. Easter’s more complex messages are waylaid at the hollow altar of crème eggs and cuddly bunnies.

Survey after survey show that the meaning of Easter is slowly being lost. In the United States, Barna Group noted that only 42 per cent of adults could identify that Easter was about resurrection. Yet the National Retail Federation says Easter spending could top $16bn (Dh59bn) this year, the average household spending $145.

The story is the same in the UK, where Reader’s Digest found only 48 per cent of people could identify the story of Easter. Shopping has become such an ingrained part of the occasion, that a supermarket managed to mess up, not once but twice. The Somerfield chain had to reissue a press release about the meaning of Easter, claiming first it was about the birth of Christ, and then about his “rebirth”.

So why, as a Muslim, do I care? Shouldn’t I be pleased that a religious occasion at odds with my own theology is disappearing? Far from it. It’s important to respect other faiths, and even more so to share the universal morals from their stories. Easter follows the occasion of Lent, a period of self-restraint, reminiscent of Ramadan. Then there is the lesson of betrayal: those who sell themselves out like Judas will live and die with regret. And a vital point: there are those who believe in the ideals of justice and equality with such passion that they are willing to sacrifice their own lives.

Bunnies are cute, and chocolate eggs are tasty. And it’s true that there’s a gap in the calendar for a Chocoholic Sunday. It doesn’t need to be on Easter Sunday.

While we might not accept the premise of the occasions of other religions, we should mourn the fact that festivals such as Easter and Ramadan – which have much to tell us about ourselves and the human predicament – are being turned into shopping and eating extravaganzas.

This article was first published in UAE daily, The National.