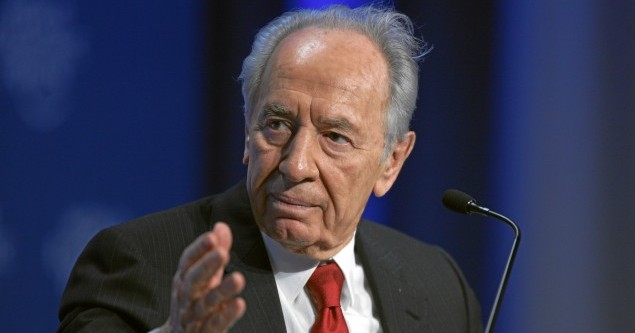 For the past couple of weeks, Israeli Prime Minister Binyamin Netanyahu and his Minister of Defense, Ehud Barak, have been making strident noises about a unilateral Israeli attack on Iran’s nuclear enrichment facilities.

It is hard to believe that the far right wing Israeli government actually would be so foolish as to mount such an attack by itself, and in the midst of the US presidential campaign.

Obviously, the threats are a form of blackmail. They want something from US President Barack Obama, and this wild talk is the way they think they can get it. Their war talk is a form of blackmail. It gives the Republicans ammunition against Obama, since they can say America’s close ally thinks Obama isn’t doing enough. Obama wants the traditionally Democratic Jewish vote and the campaign donations of wealthy Jewish Americans, and Netanyahu is trying to hurt him. So what do they want?

Obviously, they want Obama to pledge to attack Iran, instead. Specifically, they are said to want Obama to adopt the Israeli ‘red lines’ on Iran, that its scientific establishment must not be allowed to gain even the abstract knowledge of how to construct a nuclear warhead, on pain of a massive US bombing raid.

The problem for them is that the US intelligence establishment does not believe Iran is constructing a nuclear warhead, and does not believe that immediate action against Iran on the nuclear issue is warranted. Supreme Leader Ali Khamenei has forbidden the construction or stockpiling of actual nuclear weapons. Moreover, as Andy Card might say, a president doesn’t roll out a new product 80 days before an election (you could never be sure a new war would go well, and if it didn’t it might end your presidency).

Netanyahu and Barak do not disagree with the former assessment. Barak said in January that “Barak stated that Iran “is evidently not trying to procure nuclear weapons.”

But for their purposes, even if Iran gains the know-how to construct a bomb, it is a game changer in the Middle East. An Iran with a break-out capability could not be attacked down the road or punished for supporting Hizbullah in Lebanon and Hamas in the Gaza Strip. In fact an Iran with the know-how to make a bomb might spur Israeli out-migration and might make impossible Netanyahu’s plan to annex and colonize the entirety of the West Bank with impunity. Since the ‘settler-industrial complex’ is key to Netanyahu’s political fortunes, his rhetoric against Iran serves several purposes– shoring up his rightwing base, reassuring his squatter allies, and changing the terms of the discussion (not, ‘when will you make peace with the Palestinians?’ but ‘How can we persuade you not to attack Iran?’)

Beyond that, Barak and Netanyahu appeared to want to use the US campaign season to box Obama in. If he didn’t promise to use military force against Iran to stop it from gaining even the knowledge of how to construct a nuclear weapon, then they would keep the pressure on through their rhetoric. They might thereby be able to cut back on Jewish-American financial and moral support for Obama. They know that if they do not box him in now, and he wins, they likely will never get their war.

That is, they were attempting to intervene in an American election as a way of blackmailing the president into pledging to take the country to war on their terms. It is outrageous.

But the stridency of Netanyahu’s and Barak’s rhetoric alarmed Israeli president Shimon Peres, 89, who intervened with a major policy statement. He said he trusted President Obama on the Iran issue (definitely not a Netanyahu talking point; Netanyahu is more or less an honorary member of the right wing of the US Republican Party). Peres, who is closer to the traditional American Jewish Democratic mainstream, may also have feared that the clumsy attempt to blackmail Obama and intervene in the election campaign might do lasting damage to Israeli interests.

Since Israel’s presidency is symbolic, Barak and Netanyahu felt stung, and condemned him for publicly differing with them on policy.

Nevertheless, the Israeli press appears to believe that Peres’s intervention was decisive– despite his lack of power, he has influence with the military and intelligence professionals who also oppose Netanyahu’s rash threats against Iran. One Israeli commentator called him a ‘tie-breaker.’

“Netanyahu and Baraq managed to make Peres lose his cool. Their conduct, the briefings they gave to the media on a possible strike in Iran, and particularly the belligerent attitude toward US President Barack Obama, upset him. Peres believes that Netanyahu and Baraq are liable to lead the country to a horrific reality on the day after a strike, which in any case — even in their view — will only postpone the moment at which Iran will acquire nuclear weapons by a year or 18 months. For this reason, he decided to make a presidential statement yesterday, and warn against the possibility of an Israeli strike without coordination and understandings with the United States. It seemed as if he were trying to hint that such course of action was too serious and crucial to be decided by these two fellows, Netanyahu and Baraq. The president’s stance, along with the stance of the top security and intelligence officials, was apparently the final chord, the tiebreaker if you will, in the debate between the supporters and opponents of an Israeli strike. Netanyahu, who declared that he and only he would decide whether to attack and when, will now have to reconsider his firm stance.”

And here also from the USG Open Source Center:

‘Ben Kaspit on page 3 of Ma’ariv says: “Peres is worried sick, following with anxiety the collapse of the relationship with the United States that has been sustaining Israel for generations, and looking with alarm at the way Netanyahu and Baraq are behaving and managing affairs. He is looking at the diplomatic ruin, at the international isolation, and at the frightening alliance between the two former commandos who have messed up the situation, each in turn, each in his own time — and is simply afraid.” “Shim’on Peres, the elder statesman, the last responsible adult, spoke his mind yesterday. The Americans looked forward to this eagerly, and in the end they got something; too little, too late, but something nonetheless.”

Predictably, Yisrael Ha-Yom (Israel Today), the rag owned by US casino mogul Sheldon Adelson, Mitt Romney’s main financial backer, condemned Peres for breaking his silence. Netanyahu is to Adelson as the Golden Calf was to the wayward among the Israelites.

In American campaign terms, Peres has just given the Democratic Party enormous cover. The Democrats can reply to Netanyahu’s criticisms by saying, well, obviously, not all Israeli leaders agree. Since typically most Jewish-Americans vote Democratic, and since American Jews are remarkably civic-minded and give disproportionately to political campaigns, they are a central constituency for that party. Netanyahu probably over-estimates how many of them pay any attention to him, but he could have hoped to have an effect at the margins, which might matter in a close presidential contest.

But that feisty old octogenarian, Shimon Peres, has shot him down.