The Crisis in the Arab World – The Long View 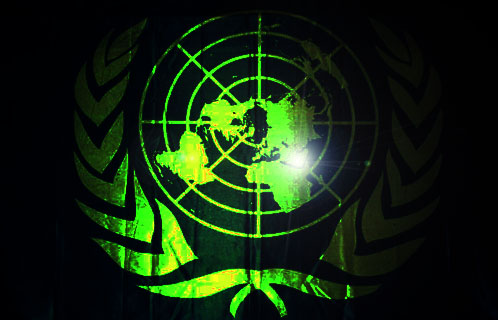 The turmoil in Egypt continues. Leaders of other Arab nations watch anxiously for signs that the contagion of unrest has reached their countries. In Yemen and Jordan, governments introduce palliative measures to placate the protesters.

In Davos, meanwhile, political and business leaders debate the future with not a little anxiety. Few of us are privy to the discussions that must have been taking place behind closed doors. What to do about Egypt?

The leaders of the most powerful economies will almost certainly be asking themselves: “what would be the potential costs to the world economy of a meltdown in Egypt resulting in an Islamist regime hostile to the West? Of similar regimes taking power in other Arab countries? Of the Suez Canal being used as a political weapon? Of Iran exploiting power vacuums in the oil producing nations? Of military action against Iran or any neighbouring country to protect our oil supplies? Of a collapse in the world stock markets? Of default by Middle Eastern banks following the economic collapse of nations in political crisis?”

One would hope they understand that the current crisis is not about Hosni Mubarak or Zine Ben Ali. It’s about haves and have-nots, both in the poor and the wealthy countries. About education, corruption, favouritism, crumbling infrastructures, lack of opportunity, lack of hope.

And if the wealthy nations want to spare themselves the massive economic cost of a widepread political meltdown in the Middle East, they need to be asking themselves which is the better option: political – and perhaps military – intervention to shore up the status quo? Or economic intervention to address the causes of unrest and insurrection, and prevent it from happening again?

Because of one thing I am sure. Unemployment, poverty and economic stagnation are not problems that the have-not nations, Egypt included, can solve on their own. The Egyptians may get rid of Mubarak. But will his successors do a better job of improving the lot of the average Egyptian? Not in the short term, I suggest. And not without finding new ways to create prosperity that will benefit the many rather than the few. The same goes for all the other Middle Eastern and North African nations that do not possess the natural resources of the oil and gas producers.

The whole world has a stake in the stability and prosperity of the Middle East and the Mahgreb. Not only because it relies on the natural resources of the region, but because a permanent state of poverty, unrest and resentment will lead to accelerated emigration and the establishment of increasingly large enclaves of disaffected expatriates. The larger the enclaves, the more the immigrant communities will be subject to the kind of  xenophobia seen in France and other countries that fear the dilution of their way of life.

So the world has a calculation to make. Invest now in the prosperity of the region, or pay the price of leaving it to seethe and moulder. The wealthy nations need to look beyond the politics of the region. They need to understand that the people themselves, if given the opportunity to live in better times, will not allow extremists of any stripe to impose themselves again.

But they need help.  So, with apologies for the pompous attempt at UN-speak, here is the speech I would like Ban Ki Moon, the UN Secretary General,  to make at a special meeting of the UN General Assembly a month from now:

As you are aware, political unrest has caused the loss of many lives and brought unprecedented turmoil in several of our member states in the Middle East and North Africa.

If this situation continues, the fragile recovery of many more member states from effects the financial crisis of 2008-2009 will be threatened, with severe consequences well beyond the region.

The time has come to act.

During the past month, members of the G20 economic group of nations have agreed to create an Economic Regeneration Fund for the Middle East and North Africa. From that fund, grants will be made to qualifying states with the specific purpose of improving the lives of the disadvantaged citizens of those countries. The value of those grants will be four times the value of the aid that each country currently receives from United Nations Programs and other sources, including individual member states.

The G20 Group has empowered the United Nations to establish a Regional Development Agency to administer the grants. Under the new program, grants will be made available to qualifying states with the following conditions:

This program will be operated with an emphasis on transparency, lack of bureaucracy and the participation of local populations and stakeholders. It will last for five years, and will be subject to renewal if the G20 Group provides further funding.

In addition to the funding provided by the G20 Group, a number of charitable foundations have agreed to participate in the program. Discussions are also taking place with private companies that are willing to invest in the new industries created under the program.

With the active participation of member states, charitable foundations and international corporations, we can provide the Middle East and North Africa with a new start.

It is not for the United Nations to dictate to a member state how its citizens should live, or to seek to modify or replace traditions and culture in those states. But the United Nations was founded on the principle of respect for human rights. And it will be through governments respecting the rights of their citizens that member states will be able to re-build societies that are peaceful, prosperous and sustainable in the long term.

In 1947, the Marshall Plan revived the economies of Europe shattered by war. In 2011, the Middle East and North Africa Regeneration Fund will have similar objectives. Although the cost will be high, the cost of inaction will be higher.

We have a once in a generation opportunity to help a stricken region to transform itself. I urge all member states to support this initiative, both morally and with all the resources that you are able to bring to bear.”

A tall order, perhaps. You could question whether the United Nations, with its reputation for bloated bureaucracy, is the right organisation to entrust with such a programme. You could also question whether China, with its poor human rights record and its own agenda in Africa, would be a willing participant. You could argue that there other regions and nations – sub-Saharan Africa, Haiti and Pakistan, for example – who are equally deserving of a helping hand.

But the world’s wealthier nations will calculate that their interests will be best served by urgent action in the Middle East and North Africa. If, that is, they can be persuaded to act together.  Unfortunately their motivation will as always be based on realpolitik – they would consider that military conflict, disruption of trade and threats to energy supplies are clear and present dangers that must be addressed. But a focus on regional regeneration is likely to have a far longer-lasting effect than quick political fixes that will do nothing to alleviate the lot of the frustrated and underprivileged.

For once, wouldn’t it be good to see the wealthiest countries taking the long view, whatever their motives?