China’s Influence Based on ‘Failure to Engage’ 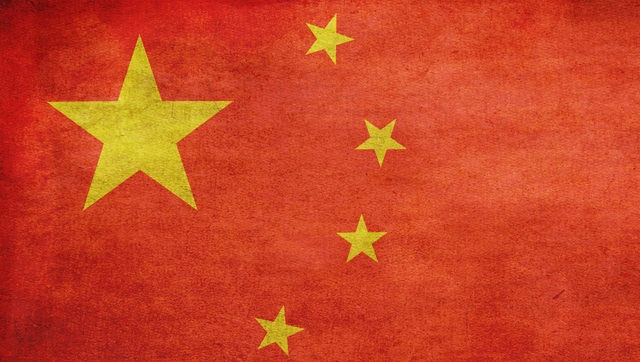 China is wrestling with a huge incoherence in its relations with the Arab states of the Gulf. China has a vital strategic interest in ensuring a secure supply of oil, yet it has no geopolitical point of contact with the Gulf states. Their regional and Arab concerns are largely irrelevant to the Chinese as Beijing looks to reinforce its self-perception as the premier Asian power, and one of the world’s two superpowers.

This has meant that China has been able to quietly build a strong commercial alliance with Iran, and also sought long-term access to oil, seeking to manage and develop oil fields in places, including Abu Dhabi, Saudi Arabia and Kuwait, as well as signing long-term supply contracts. But at the same time, China has avoided taking any position on the Gulf states’ political concerns, in stark contrast to the Americans. The Chinese have watched the Americans walk into one Middle East entanglement after another, while they have avoided any such traps and simply kept signing the cheques to keep their oil supplies safe.

The Chinese have carefully avoided making commitments like the huge amount of State Department time spent trying to edge the Israelis and Palestinians towards a solution in Palestine, or the vast cost and loss of political goodwill in the invasion and subsequent occupation of Iraq, or the confusion caused by the ongoing fighting in Afghanistan.

Bizarrely, China may well be delighted that the US and Nato took on the task of subduing the Taliban in Afghanistan, since a Taliban government in Kabul might well want to support the Turkish Muslim Uighurs of Xinjiang in western China, who are fighting for independence from the Chinese.

The UAE has a special interest in taking a lead on global warming and renewable energy as well as the responsible use of civilian nuclear power, but even these largely escape the Chinese strategists.

China has no particular reason to favour or fear any Middle Eastern regime. Its global perspectives are largely about macro-economic management, and it works hard in bodies like the G20 to support its position as the leading proponent of state-managed capitalism. It is also desperate for natural resources, and has built a powerful position in Africa through trade and investment infrastructure on which it hopes to capitalise over the next decade.

China’s political concerns are far away from the Gulf, and are focused on areas like the South China Sea, where it is anxious to define its own area of dominance. It occupied Tibet in the 1950s, but a combination of the natural barrier of the Himalayas and Indian determination from the south and Russian concern in the north stopped its expansion in the Asian land mass.

In order to support its access to the oil from the Gulf and natural resources from Africa, China has built a series of deep water ports from which its merchant navy can operate in the Indian Ocean. China was the financier of the huge $1.4 billion (Dh5.1 billion) port in Hambantota in south Sri Lanka, where it gathers four major advantages, according to the Jamestown Foundation think-tank.

First, it is a deep water natural harbour offering facilities to Chinese flagged ships; second, it is a monitoring station offering China access to hearing what is happening across the Indian Ocean, including the US base in Diego Garcia; third, it is a strategic location for monitoring its satellites in space, considered critical for Chinese ballistic missiles; and fourth, the Chinese fishing fleet, which can be used for spying, have a base in the Indian Ocean.

In the interests of balance it is important to record the that Sri Lankan President Mahinda Rajapakse has been emphatic that the Chinese presence in Hambantota is purely commercial, and dismissed any fears of the Chinese-managed Hambantota Development Zone beside the port being any kind of military asset, even in part, although this is hard to verify independently.

China has also built the new port in Pakistan’s Gwadar, where Chinese ships regularly pause before coming into the Gulf. No one has made the kind of sweeping allegations about Gwadar that have been lodged against Hambantota, but there is no doubt that regular Chinese access to both ports gives them an ability to project their shipping (and other interests) much more effectively.

All this has thoroughly alarmed Indian military strategists, who see a “ring of pearls” of strategically placed ports supporting the Chinese strategy of linking its sea routes from the Pacific Ocean, through the Malacca Straits and into the Indian Ocean. To date, there has been no such statement of concern from the strategists in the Gulf states, which may be a compliment to the Chinese ability of keeping its ambitions below the radar, but is more probably a continuation of the failure to engage, either positively or negatively.