‘Business As Usual’ Not Possible for Israel 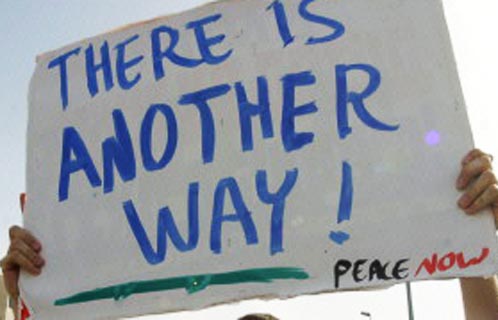 Millions of Egyptians have accomplished what many thought was improbable: they defied their dictator and won. After Hosni Mubarak spent three decades as Egypt’s uncontested leader, his downfall has understandably been cause for euphoria and celebration in Egypt and across the Arab world.

While the Egyptian revolution has inspired ordinary Arabs everywhere, it has been largely met with trepidation and fear in Israel. But as a wave of hope and empowerment begins to ripple through the Arab world, it would be a shame and a grave mistake to continue in ”business as usual” mode on the Arab-Israeli front.

The changing Middle Eastern landscape is a wakeup call to both sides to transform what were once two competing nationalisms (pan-Arab and Zionist) into complementary ones. The first step towards achieving this is to acknowledge that not everything is the other side’s fault.

Nevertheless, Israelis worry that rather than heralding the dawn of democracy next door, the unfolding revolution marks the sunset of secularism. The frenzied analogies fixate on Iran and 1979, and assume that the Egyptian Muslim Brotherhood will spearhead a counter-revolution and orchestrate Egypt’s theocratic takeover.

Though I despise the stifling impact of the Muslim Brotherhood on Egyptian society, I doubt this scenario. While the Iranian and Egyptian revolutions share a common denominator that they were both popular revolts against Western-backed despots that took the world by surprise, there are numerous vital differences between them.

One of the most critical is that Egypt has no ”cult” religious revolutionary figure like Ayatollah Ruhollah Khomeini. The nearest to a ”face” that the Egyptian revolution has is Mohamed ElBaradei, the Nobel Peace laureate, seasoned international diplomat and avowed secularist. The only thing the two men share is that they returned home to lead something that they didn’t start.

In addition, the Egyptian Sunni clergy – which has long been subservient to the secular authorities – is generally not involved in politics. And it is certainly not held in the same regard as the Shi’ite clergy was in Iran, which became quickly politicised after keeping a centuries-long distance from the affairs of state.

Furthermore, the Muslim Brotherhood is not only a latecomer to the revolution but is also largely made up of conservative and rather ordinary laymen, who tend to be drawn from the ranks of professionals, i.e. doctors, lawyers and engineers.

Moreover, Egypt today is not Iran circa 1979. The revolution comes at a time when Egypt, which has long had close contact with the West, has had almost two centuries of modernising and secularising experience.

Egypt’s Muslim Brotherhood is probably the most hostile party to Israel. However, suspicion, distrust, dislike and fear of Israel cuts across party lines in Egypt, both out of sympathy for the plight of Palestinians and out of the humiliation Israel has heaped on the wider Arab world. This would probably mean that the cold Egyptian-Israeli peace would become frostier. Nevertheless, pragmatism is likely to prevail. It’s unlikely any Egyptian government would risk reneging on the peace agreement, as the army has already demonstrated with its recent statement that Egypt will respect all its existing foreign agreements.

For Israel, the Egyptian revolution should be seen not as a threat but as an opportunity. Israelis need to realise that the road to their security lies not through Cairo, but through Jerusalem, the West Bank and Gaza. As the Palestine Papers – secret documents showing that the Palestinian leadership made key concessions in negotiations with Israel – clearly demonstrate, in addition to Israel’s non-reaction to the Arab peace initiative, Israeli intransigence founded on military might is no substitute for justice. Authority built on oppression, as Mubarak found out, inevitably crumbles.

Following the revolution, Egyptians would be justified in keeping their economic distance from Israel, but they need to stop cold-shouldering Israelis because this fuels the popular fear that Arabs are not after peace with Israel but after its defeat and destruction by any means possible. The only way to allay these worries and build the necessary popular groundswell for peace is to engage in a direct grassroots conversation and dialogue.

The Egyptian revolution could usher in an era of freedom in the Middle East but, to do so, Arabs and Israelis must break free of the chains of history, prejudice and fear