‘Beautiful Words’ Melt in Face of ‘the Muslim Threat’ 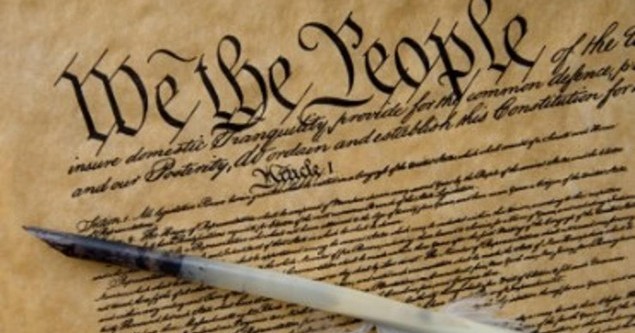 MANY years ago while I was a legal affairs reporter in Los Angeles, I interviewed a Superior Court of California judge about whether he had at times believed he sentenced a wrongly convicted man to jail. He paused for a moment, looked at the ceiling as if to find his answer, and then replied, “no.”

But he wasn’t quite ready to let his answer be the final word. He observed that the United States has the “best judicial system in the world” although not without flaws. If an innocent man was wrongly convicted of a crime it was the price society paid to ensure that justice for all citizens persevered. Sometimes there was collateral damage and innocent people got in the way.
I didn’t argue his interpretation of the US judicial system, but I always wondered about that guy sent off to prison for a crime he didn’t commit. Apparently his role in society was to help maintain the rule of law. I’m not so sure he would have gone along with that idea.

My interview with the judge was before DNA became the vital law enforcement tool to catch criminals. Now, of course, we have come to recognize that through such organizations as Project Innocence and the use of DNA that nearly 300 defendants were wrongly convicted crimes and imprisoned.

Whenever a county district attorney’s office brags about its “97 percent” conviction rate, I shudder to think how many innocents were jailed to satisfy a prosecutor’s competitive nature of us versus them.A recent ruling by a federal judge in Orange County, California, reminded me about that interview and the precarious nature of personal civil liberties when compared to the good of society.

US District Judge Cormac J. Carney dismissed a lawsuit filed by the American Civil Liberties Union and the Council on American-Islamic Relations. The lawsuit alleged that FBI agents conducted a “dragnet” to target Muslims by planting listening devices in their homes and offices to monitor private religious conversations.

Carney ruled that he had no choice but to dismiss the complaint because “the state secrets privilege may unfortunately mean the sacrifice of individual liberties for the sake of national security.”

By allowing the lawsuit to proceed, Carney feared that sensitive government secrets would be exposed. In a secret meeting with FBI agents, Carney read confidential declarations and accepted the government’s position that “intelligence that, if disclosed, would significantly compromise national security.”

So here we are with another case of preserving the greater good of society by sacrificing individuals’ civil liberties.
This Orwellian logic paints a rather desperate portrait of a government that has lost its way in the name of national security by pursing a path of fascism. “Fascism” is a label freely used in our society as a means to smear just about anybody who disagrees with your point of view: Republicans, Democrats, Islamophobes, Tea Partiers, Occupiers.

The word, along with “Nazi,” has been so overused that its meaning has been diminished. But in the case of Carney, he is in effect sacrificing the constitutionally protected rights of individuals that enforce a fascist agenda.
He did not evaluate the evidence in open court. He did it in secret, as if telling Americans, “trust me,” the FBI is telling the truth about the Muslim threat to national security.

ACLU attorney Peter Bibring told a reporter after the ruling: “That’s terribly unfortunate that there’s a doctrine in the law that allows courts to throw out cases that allege serious constitutional violations based on secret evidence the judge reviews behind closed doors that never sees the light of day. That shouldn’t be in a democratic society.”

The question on many Americans’ minds is whether we are willing to sacrifice our civil liberties for national security. A September 2011 poll by the Associated Press-NORCO Center for Public Research at the University of Chicago found that 86 percent of Americans feel their individual freedoms have been affected since 9/11. Fifty-four percent said they want their rights and freedoms protected. And just 23 percent favor using wiretaps on US soil without a warrant.

Suppression of civil liberties is not unprecedented in the United States. President Woodrow Wilson sought to intimidate critics of the US involvement in World War I by passing the Espionage Act of 1917, followed by the Sedition Act in 1918. The government prosecuted hundreds of individuals for simply opposing the war.

American historian Alan Brinkley in a 2005 American Academy publication wrote that the concept of civil liberties as stated in the US Constitution can ring hollow when a government is preoccupied with national security.

Brinkley referred to Zechariah Chafee, a 1920s and Depression-era civil rights advocate, who wrote about perceived threats to national security. He said, “The First Amendment had no hold on people’s minds, because no live facts or concrete images were then attached to it. Consequently, like an empty box with beautiful words on it, the amendment collapsed under the impact of Prussian battalions, and terror of Bolshevik mobs.”

Civil liberties in a post-9/11 world are subject to the same challenges. If the Muslim community is perceived as a threat to America’s national security, then all the beautiful words in the Declaration of Independence like “life, liberty, and the pursuit of happiness” and the Constitution’s guarantee of “freedom of religion” are meaningless.