‘Be Optimistic for Egypt’: The Glass Is Half-Full 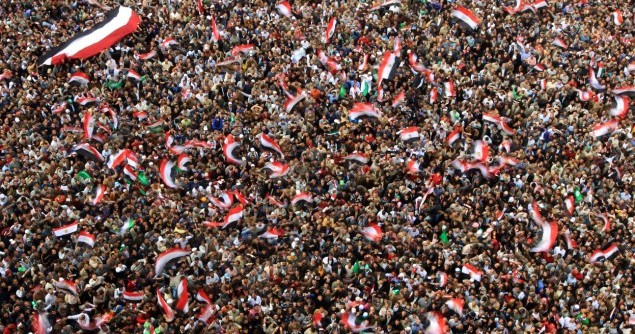 If you live in Egypt, there are many reasons to feel politically, socially and economically pessimistic. Political wrangling and polarisation keeps the country on the edge of civil unrest. Unemployment and poverty grow amid a stagnant economy, insufficient investment and a fragile tourism industry in shambles in the post-revolutionary scare. However, as Egyptians celebrate the New Year and the second anniversary of the revolution I believe there are more reasons to be optimistic.

Revolutions elsewhere tell us to be patient. The fruits of the uprising need time to ripen. Think of the 1789 French Revolution. While the siege of the Bastille is written about as a pivotal moment, dozens of people were killed and unrest continued. Many were disappointed that this iconic moment was not the end of their struggle. Civil conflict continued and tens of thousands of people were killed during what is known as the “reign of terror”.

The French nonetheless did not surrender to pessimism. Still, the first public constitution was written six years after the fall of the Bastille, and the political wrangling and setbacks continued, with much blood on the hands of the revolutionists themselves. It took France 100 years to commemorate the anniversary of the siege as the French National Day, commonly known in English as Bastille Day.

And so the question remains: how can Egypt move forward and avoid the violence of the French Revolution’s long battle?

Firstly, and simply, by being patient. Egyptians need to realise that revolution comes in stages. It took France over a decade to move from monarchy to democratically constituted Republicanism. The French sometimes boast of having five republics, each one created after a new constitution was written. Similarly, in Egypt, those standing up for change need to realise that the approval of the country’s first post-revolution constitution is not the end but rather just one milestone.

The struggle for democracy will go on with new parliamentary elections expected this year, where Egyptians can let their voice be heard in the polls. With queues of voters braving long delays in order to cast ballots in the recent referendum on the constitution draft, observers have to be pretty sure of another promising lesson; that Egyptians are no longer more apathetic towards politics but rather they insist on being part of the political process, or even moving the process itself forward.

The second reason to be optimistic is reality. Egypt’s economic situation is not the best, but over five billion dollars of financial aid and grants from countries in the region such as Qatar and Saudi Arabia keeps the economy running, along with fixed national income such as that from the Suez Canal which brought in over 5 billion dollars last year according to state statistics.

Egyptians living abroad sent around 18 billion dollars in 2012, an “unprecedented figure” according to Deputy Foreign Minister Ali Al-Ashiri in statements in October last year. And 10.5 million tourists came to Egypt last year, providing the country’s national income with 9 billion dollars according to the Minister of Tourism Hisham Zaazou. However, most importantly, Egyptians now feel that their country is their own and they are willing to work to protect the Egypt they believe is possible. Briefly, the situation is “bad” but it could be “worse”.

The third reason to be optimistic is geography; as renowned Egyptian journalist and analyst Mohamed Husseinein Heikhal says, Egypt is too big to fail. Heikal himself is a symbol of this hope. About to celebrate his 90th birthday, he draws a massive audience every week to a new series of his televised analysis. This popularity is not due only to his wisdom and experience, but also to the ability of this old man, in good health, to remind audience of events he witnessed some 60 years ago.

When asked “are you pessimistic about the gloomy picture of Egypt?” He answered, “I cannot be pessimistic. I am still alive.”

Egypt is also still alive, and so are its people.

Moustafa Menshawy is a broadcast journalist and a visiting lecturer at the University of Westminster in London.