Bassiouni: Let People Think for Themselves 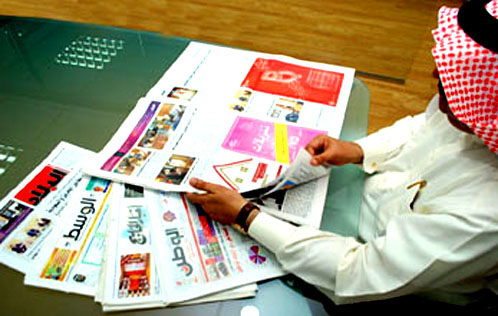 Now is a time for a period of reflection, as one politician observed after Wednesday’s publication of the Bassiouni Commission report. He is right, but the reflection needs to be informed.

The independent report into the events in Bahrain of early 2011 has one vulnerability. It is 500 pages long. One of the features of life in the GCC is the increasing reluctance on the part of a large section of society to read long documents – books, reports or any other piece of information beyond a certain length.

The same issue applies in the West, though perhaps to a lesser extent. But everywhere in the wired world there is a tendency to seek the summary and look no further. Since the advent of the web, designers have followed a de facto best practice that you should display information in screen-sized chunks, with links to further chunks. Equally, the three-minute clip has become the standard length of the most popular videos on YouTube.

The Bassiouni report appears online without  a summary. I suspect that this is deliberate. The authors most likely wished to ensure that readers view the whole landscape rather than specific features. This is fine, but it means that others are left to do the summarising.

Already, various media, politicians and commentators have picked on bits of the report that best fit their predetermined views, while downplaying or ignoring others. Bias can manifest itself not only in what is said, but also in what is not said. And in any culture it is easier to rely on the views of the opinion formers rather than to reach conclusions based on the original source – especially when that source is 500 pages long.

One religious leader is reported in the Gulf Daily News as having made this point when referring to Sunnis who consider the Bassiounis’ findings to be biased:

Shaikh Salah Al Jowder, a Sunni Islamic scholar, said yesterday it was vital for people to read the report to promote understanding between communities.

He will deliver his Friday sermon today at Qalali mosque, where he intends to speak about the findings of the Bahrain Independent Commission of Inquiry (BICI) and call for a fresh start to coincide with the start of Islamic New Year tomorrow.

The respected clergyman admitted the report had already come in for criticism from some in the Sunni community having been perceived as “one-sided”, but said that was largely because they hadn’t read it – having only watched coverage of the launch on television.

“They (people) are upset indeed and there is a lot of anger,” Shaikh Al Jowder, a former municipal councillor, told the GDN.

“But they should not judge the commission report based on the recommendations made by Professor Bassiouni in his speech.”

He said he was himself working his way through the report and had found it to be sound.

Yet the same newspaper leads with a story about rather than from the report. In Al Wefaq Blamed,  it focuses on comments in an interview by Professor Bassiouni about attacks on the Commission headquarters allegedly provoked by “groups close to the opposition society Al Wefaq”. Note that the text of the story falls short of directly blaming Al Wefaq, whereas the message of the headline is unequivocal.

So it seems to me that the period of reflection should also be accompanied by one of restraint by opinion formers – both in the mosques and the print media. They should follow the Sheikh’s lead in encouraging the people to Bahrain to look beyond the sound bites, read the document for themselves and reflect – for themselves – on what kind of society and values they want for Bahrain.

Critical thinking is sometimes hard work. Much harder than eating the cherries picked by others. As enlightened educators in the Kingdom are aware, the country will grow much faster if its people – especially the youth – develop the habit of thinking for themselves rather than relying on what others tell them to think.

In my professional life here in Bahrain I have seen plenty of evidence that this is already happening. I have met many young people – both from government and private schools – who are not reluctant to read a long book from cover to cover.

The Bassiouni report is one long book that every Bahraini citizen should read.