Bahrain and Iran – Danger or Distraction? 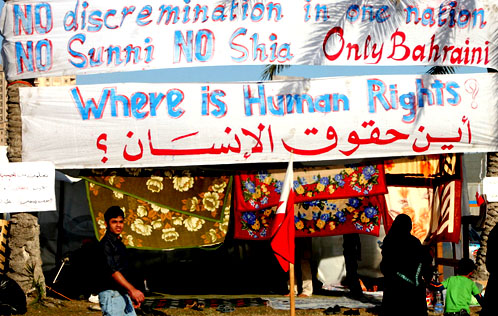 Anwar Abdulrahman, Editor-in-Chief of Bahrain’s Gulf Daily News, treated us to a history lesson in yesterday’s edition of the newspaper. In Why Iran believes in death – not dialogue, he warned that the ancient cult of the Assassins, which caused havoc in the Middle Ages in its relentless campaign against the Seljuk overlords – or at least the cult’s tradition of political assassination – is alive and well in Iran today. His latest salvo against what he perceives as the Bahrain Independent Commission of Inquiry’s failure to highlight the involvement of the Iranian regime in the events of February-April in Bahrain follows an earlier editorial on a similar theme.

In his hard line against Iran, Mr Abdulrahman is starting to remind me of Cato the Elder, the stern Roman politician at the time of the epic struggle between Rome and Carthage. It is said that at the end of every speech in the Roman senate – whatever the subject – he would conclude with the words “Carthago delenda est” – Carthage must be destroyed.

Fascinating as the story of the Assassins is – and I bow to Mr Abdulrahman’s knowledge of Persian history – I think a little context is called for. Assassination is a tradition endemic among authoritarian regimes in the modern Middle East and North Africa. Muammar Gaddafi, Saddam Hussain, the Assad dynasty and various extra-national factions have consistently practiced the art over the past fifty years. And then we have Israel’s Mossad, generally regarded as the supreme exponents. So Iran is not alone.

Thankfully, whatever criticisms are levelled at various GCC members in their methods of dealing with internal dissent, assassination of opposition figures in exile is not a tool employed by those countries “pour encourager les autres”. So in this respect, Bahrain and its neighbours in the Arabian Peninsula can rightly claim the moral high ground.

The real question is this. Does the Iranian threat – whether it took the form of moral support or actual logistic intervention earlier this year – deserve to remain at the forefront of Bahrain’s national consciousness at this critical time? If Iran’s influence is preventing all political parties from joining the National Commission set up by King Hamad to frame a reform programme that addresses the recommendations of the Bassiouni Report, then perhaps the answer is yes.

If this is the case, then I suggest that the political imperative is to persuade those parties that do not wish to join the Commission that they should look at the realities on the ground. They should recognise that whatever the ultimate aspirations of some of their members to achieve a political alignment with Iran, those aspirations are unrealistic in the short term, and probably in the medium and long term as well. That considered, perhaps the interests of their constituents will be best served by their leaders working to ensure that the reforms improve the social and economic welfare of those who feel that they have been marginalised and discriminated against.

I can understand the logic of reminding the people of Bahrain of the cruelty, injustice and ruthless ambition of the Iranian regime. But I doubt that those reminders will change the minds of the true believers in the theocratic model of governance. And besides, Iran currently has so many detractors and so many forces lined up against it, that Bahrain’s political process is unlikely right now to be at the forefront of the regime’s decision-makers.

Bahrain needs to focus on Bahrain. It has many friends both locally and internationally upon whom it can rely to assist in pre-empting any Iranian threat. And Iran is currently doing an excellent job of digging ever-bigger holes from which to extract itself.

In a conscious echo of Tony Blair’s message to the factions in the Northern Ireland peace process, one diplomat I met this week pronounced that Bahrain’s wavering politicians should recognise that the train is leaving the station, and that they should make sure they are on board. I would rephrase his statement: they should help to drive the train.

With the greatest respect to Mr Abdulrahman, much as history informs the present, it does not necessarily predict the future, thank goodness. Bahrain should always be aware of history, but at this moment it should concentrate on the art of the possible. The opportunity to shape the country’s future has not gone away. The stakeholders should demonstrate their leadership not by saying “no, because”, but by declaring “yes, despite”.