Assassination By Drone: Time for A Re-Think of US Policy 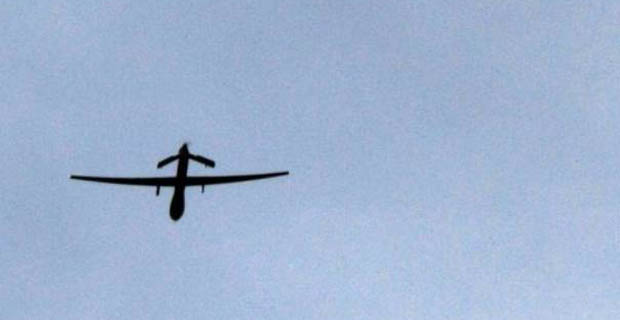 During the course of six years as a federal prosecutor and investigator I interviewed at great length more than 100 radicals and terrorists who fought in the name of Islam. I chronicled the stories of many of these extremists leaving the path of violence when exposed to the corruption of the Taliban and Al Qaeda.

Ahmad al-Shayea, a 19-year-old Saudi, went to Iraq to fight Americans partly because he saw photos online of tortured prisoners at Abu Ghraib. His is a story of disenchantment – one that many other young Muslim men told me.

When arriving in Iraq with some 45 would-be fighters from all over the Arab world, an Al Qaeda leader exhorted Ahmad and his fellow recruits to undertake suicide missions, but no one volunteered. As Ahmad later explained, he came to Iraq to defend the honour of Islam against Abu Ghraib and American torture, “not die right away in a suicide bombing before I could even help a single soul.” But Al Qaeda had other ideas. After four months in virtual isolation and no training, Al Qaeda leaders deceived Ahmad into driving a truck loaded with explosives which they remotely detonated in Baghdad.

Miraculously, Ahmad survived, but woke to – in his words – “the lie that is Al Qaeda.” He now wanted nothing more than to expose how “Al Qaeda is not for Islam and humanity. I am a living example of Al Qaeda’s hellfire…I want everyone to see how Al Qaeda tricked me into killing innocent people.”

Ahmad is not alone. Another young Saudi, Abdullah, fought in Iraq because he saw it as the only way to marry his sweetheart in heaven, as he could not afford the dowry to marry her on earth. Yet when Abdullah witnessed firsthand the duplicity, corruption and sectarian power grab of Al Qaeda’s leaders, he realised their struggle was anything but a “holy war”. Similarly, Malik – an Afghan refugee who grew up in Pakistan, joined the Taliban and even became a seer, interpreting dreams for Taliban leader Mullah Omar – over time personally saw the theft of oil and other commodities by Taliban leaders.

These stories and others bear telling witness to how Al Qaeda and the Taliban manipulate idealistic young Muslim men to follow a hateful ideology that kills untold innocents, largely other Muslims. Indeed, perhaps the most influential weapon against Osama bin Laden would have been to frequently re-broadcast an impromptu December 2001 taping in which bin Laden laughed when recounting that some of the foot soldiers from Asir in the south of Saudi Arabia – who participated in the 9/11 hijackings – were never told they had embarked on a suicide mission until the very end. Likewise, Anwar al-Awlaki, the Al Qaeda leader killed by an American drone strike in Yemen in September 2011, had been arrested three times for soliciting prostitutes in San Diego and the Washington, DC area. Disseminating the detailed records of these arrests would have accomplished more to discredit his cause than the drone strike that killed him.

Bearing witness to the reality of Al Qaeda and Taliban leaders is a far more constructive and effective way to weaken them than reducing this struggle to assassination by American drone attacks. Our ultimate danger lies less in particular men, but their message of extremism. Our ultimate hope lies in the courageous Muslims who have led the path away from radical hatred. Through a policy that emphasises killing alone, current US actions may in the end serve to harden the resolve of the most recalcitrant, rather than help peel away the potentially disillusioned. Exposing the truth could prove the most powerful deterrent.

Ken Ballen is the author of Terrorists in Love: The Real Lives of Islamic Radicals and President of Terror Free Tomorrow, a non-profit organisation that researches attitudes toward extremism.