Arab World Puts Palestine on Backburner: Not for Long 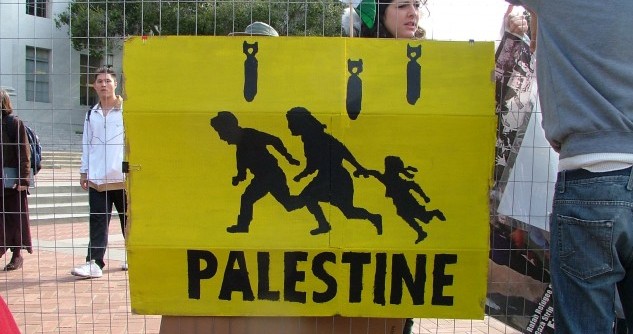 The plight of Palestinians uprooted and driven out of large chunks of historic Palestine to make way for a Jewish state lies at the core of the Arab-Israeli conflict. That epochal dispute dominated policies towards and perceptions of the Middle East for much of post-World War Two history.

Efforts to achieve a definite resolution have foundered, but have produced a de facto status quo that serves the interests of two key parties to the conflict: Israel and Hamas, the Islamist group that controls the Gaza Strip. Neither truly wants the creation of an independent Palestinian state alongside Israel, preferring instead a long-term ceasefire that would allow for economic growth in the hope that time will gain them a strengthened negotiating position.

This month’s brief flare up of Palestinian rocket attacks against Israel and Israeli counterstrikes hardly detracted from this understanding. On the contrary the attacks enabled Hamas to burnish its credentials as a resistance movement and fend off criticism from more militant Palestinian factions that accuse it of having gone soft and allowed Israel to project it as a continued terrorist threat, maintain its refusal to formally do business with Hamas and ensure that the peace process remains in a deep coma.

To further undermine the centrality of the Palestinian issue that has been significantly diminished  by the wave of popular revolts sweeping the Middle East and North Africa as well as the split between Hamas and the Al Fatah-led Palestine Authority on the West Bank, Israel supported by Jewish leaders is equating Palestinian rights with those of Arab Jews who once lived in the Arab world but were forced to leave their homelands. It is a move perceived by Palestinians and even a minority of Jews as a cynical manipulation of a justified cause.

The Israeli move adds one more dimension to the Palestinian-Israeli battle of narratives that has served to camouflage the real intentions of Israel and Palestinian leaders since the inception of an Palestinian-Israeli peace process. It is part of a larger campaign that aims to reduce, if not delegitimise Palestinian rights by opposing Palestinian efforts to upgrade their status at the United Nations and calling for the dismantling of UNWRA, the UN agency responsible for the welfare of Palestinian refugees. The move further seeks to mend chinks in the armour of US public support for Israel.

At the core of the battle of narratives lies a definition of rights that has allowed both parties to ensure that peace negotiations do not produce the kind of painful compromises on both sides needed to achieve a definitive resolution of their deep-seated conflict.

Like everything else that is on the negotiation table, the solution to the plight of Palestinian refugees as well as that of Arab Jews is evident to all. Palestinians would get an independent state of their own alongside Israel and be compensated for losses suffered in territories that are part of the Jewish state. Similarly, Arab Jews would be compensated for their losses. Few, if any, Palestinians are likely to want to physically return to Israeli rule and even fewer Arab Jews would opt for a return to their ancestral homelands.

Devil in the details

Nevertheless, the devil is in the details. Palestinians would settle for compensation and a state of their own but  insist on doing so on the basis of an Israeli recognition of their right to return to their ancestral homes. Such recognition would amount to Israeli acknowledgement of Palestinians being the original owners of historic Palestine. In effect, it would deny Israel’s narrative that it represents the resurrection of the Jewish state in lands that always belonged to the Jews.

To reinforce that narrative and reject the Palestinian right of return, before raising the rights of Arab Jews Israel has insisted in recent years that Palestinians upgrade their recognition of Israel’s right to exist by acknowledging its right to exist as a Jewish state – a demand that transcends accepted diplomatic protocols. In doing so, it prepared the ground to use Arab Jewish rights as a tool to further undermine Palestinian demands for recognition of their right to return, by rejecting Palestinian suggestions that Arab Jews too should have the right to return to their Arab countries of origin rather than Israel.

The Israeli effort to portray the Palestinian-Israeli conflict as one of competing refugee claims also serves to counter Palestinian efforts to upgrade their United Nations observer status to that of a non-member state as well as a rupture in crucial American Christian support for Israel. Palestine Authority officials are confident that the UN General Assembly will next month vote in favour of the upgrade. Israel is likely to argue that Palestinian rights cannot be viewed independently of those of Arab Jews.

As Palestine pushes for recognition, leaders of the Presbyterian Church this month urged US Congressional leaders to reconsider aid to Israel because of its alleged violations of human rights. In seeking to shift the conflict’s paradigm, the Israeli focus on Arab Jewish rights calls into question the emphasis on the Palestinians of one important faction of the bedrock of US support for Israel.

The campaign for recognition of the rights of Arab Jewry could not come at a more politically opportune moment for Israel. It reinforces pro-Israeli support in Congress to limit the definition of a Palestinian refugee to those who were physically displaced when the Jewish state was created in 1948. The definition would deprive a majority of Palestinians born after the founding of Israel of any possibility to put forward a claim. It coalesces with proposals in Congress to equate Arab Jewish rights to those of Palestinians.

At the bottom line, the absence of a credible peace process has created a vacuum in which the very definition and importance of the Palestinian issue is at stake. It is a process in which Israel is benefitting from an Arab world that increasingly is preoccupied with either regime survival or post-revolt transition, a deeply divided Palestinian polity, and an international community that mistakenly believes that Palestine has taken a permanent backseat to more pressing issues such as Iran and the calls for political change.

Palestine may well for now be on the backburner; it is however unlikely to remain there.