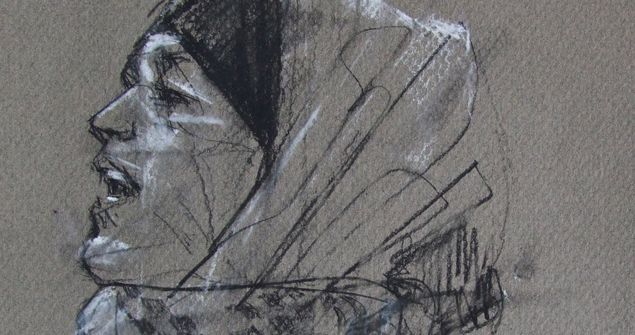 The push for change in the Middle East and North Africa, dominated by the bloody civil war in Syria, has morphed from mass anti-government protests in the capitals into a wave of smaller, political and socio-economic protests often in the outlying towns, that could lead to a second round of anti-regime demonstrations in countries that have so far managed to control widespread discontent.

Televised pictures of mass demonstrations in Cairo’s Tahrir Square as well as in Tunis, Tripoli and Sana’a have been replaced by scenes of bitter military battles in Syria’s main cities and towns. However, the impression that the wave of peaceful protests that toppled the leaders of Tunisia, Egypt and Yemen has lost momentum is deceptive.

A wave of smaller, more local protests in outlying towns suggest a radical shift in the Middle East and North Africa: a once relatively docile, cowed population is applying a new assertiveness, a sense of empowerment acquired from the initial success of the Arab revolts to push demands for reform. They focus their objective on holding their governments accountable for creating the political conditions that will bring jobs and achieve economic growth and demonstrate that popular discontent continues to boil across the region in both pre-and post-revolt countries.

Bahrain remains a second popular revolt-in-waiting. Last year’s Saudi-backed brutal crackdown drove protesters from Pearl Square in the capital Manama into the villages where smaller groups of demonstrators clash with security forces almost daily. Security forces used teargas and birdshot earlier this month to disperse protestors in three different locations outside the capital. Some 45 people were injured and 40 arrested. The protests are fuelled by the government’s failure to enact reforms that would put an end to the discrimination of the majority Shiite population and engage seriously in talks with the opposition.
`
Confrontation in the oil-rich Eastern Province of Saudi Arabia has intensified as the government cracks down on protesters demanding an end to discrimination of the predominantly Shiite population by a Wahhabi regime whose puritan interpretation of Islam views them as heretics. Earlier this month, masked gunmen shot and wounded a border guard while a policeman and an armed protester were killed when a security patrol came under heavy gunfire. Activists are preparing for another mass protest in the region a month after a prominent opposition cleric was shot while being arrested.

While protests in the Gulf are fuelled by sectarian resentment and demands for the rights of the stateless, demonstrations in much of the rest of the region focus on labour, economic and social issues as well as corruption. They range from post-revolt Egypt, Tunisia and Yemen to Jordan, Algeria and Morocco that have so far fended off popular revolts. The wave of protests often predates the mass demonstrations of the past 18 months, but has gathered pace as a result of the popular uprisings as well as the global economic crisis.

Activists and trade unionists in Morocco, where the king initially took the wind out of the sails of the protest movement by initiating constitutional change and holding elections that produced an Islamist-led government, demonstrated this month in the capital Rabat and other cities against rising fuel prices, continued corruption by the ruling elite and the government’s perceived failure to address social grievances. Earlier, similar protests in outlying towns like Taza in the northeast of the country, were brutally repressed by security forces. Achieving economic growth is likely to prove difficult given that Morocco’s agriculture-based economy imports its wheat and energy and markets them at subsidized prices while facing reduced exports to and remittances from Europe as well as an expected drought. As a result, addressing this year’s economic demands could prove more difficult than meeting political demands last year.

Similarly, a tacit understanding between Algerian soccer fans and security forces that allowed the fans to raise their grievances as long as they were contained in the stadiums is becoming increasingly fragile, arousing fears that the protests could at any time spill back into the streets of Algiers and other cities. Discontent over lack of water, housing, electricity and salaries pervades the country, sparking almost daily protests inside and outside the stadiums and clashes with security forces. A quarter of the Algerian population lives under the poverty line and unemployment is rampant. Protests earlier this year in Laghouat and other oil and gas cities, symbolic of simmering discontent, have gone viral in social media.

A general strike has paralyzed the hometown of Tunisian fruit seller Mohamed Bouazizi whose self-immolation in December 2010 sparked the wave of Arab protests, to back demands that the government resign for failing to alleviate poverty, which they claim has worsened since the ouster last year of President Zine El Abedine Ben Ali. In Jordan, protests by tribal groups, long viewed as the bedrock of the royal family, sweep the countryside on a weekly basis, targeting King Abdullah and demanding political and economic reform and an end to corruption. In Egypt, despite a law to suppress labour strikes decreed last year by the military council, the number of protests and strikes has increased since the toppling of President Hosni Mubarak. Workers across Yemen have stormed government and commercial offices to demand reform and the dismissal of allegedly corrupt managers.

The world was caught by surprise when Bouazizi changed the course of history. Governments, intelligence agencies and the media failed to see the tell-tale signs of mass protest in the making. The writing on the wall is still there. A University of Amsterdam report just published warns: “Although the Arab Spring is still in its early stages and optimism is prevalent (at least among some pundits), there are nevertheless certain developments ongoing that could be described as alarming. Prolonged political instability and the lack of economic progress could have adverse consequences for both the Arab world and the West, not only in terms of economic interests but also in terms of security.”

While the civil war in Syria dominates the news the wave of protests and strikes in the smaller cities of Arab states along the Mediterranean to the Gulf foretells a groundswell of mass demonstrations and revolts that seriously threaten the security of the regimes across the Middle East and North Africa.