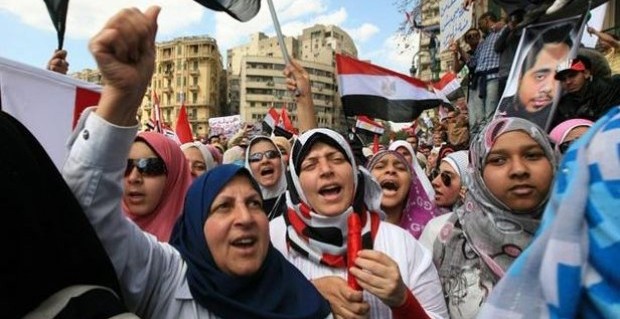 Friday is a traditional day of protest in the Arab world, and yesterday did not disappoint. In addition, there were some important developments in the two post-revolutionary societies of Egypt and Tunisia.

1. Tens of thousands of Syrians demonstrated in a number of Syrian cities on Friday, including in Idlib province and in the capital The regime continued to rain mortar fire onto some districts of the rebellious cit of Homs. Meanwhile, the European Union applied sanctions to first lady Asma al-Assad, now seen as a Marie Antoinette figure after her private emails on shopping were hacked and released.

2. Thousands of Yemenis protested Friday against the continued influence of deposed president Ali Abdullah Saleh. Saleh is said to work through his party’s cabinet ministers. He also continues to have support in the officer corps, where one of the generals is his son. Saleh had been president for life before last year. In February, his vice president ran unopposed and was elected president. But Saleh can’t let go, provoking Friday’s big demonstrations.

3. Police in the island nation of Bahrain used tear gas and riot gear to break up a demonstration near the capital of Manama.

4. NYT says that Egypt’s Muslim Brotherhood, whose Justice and Development Party dominates the new parliament, is intent on lifting the blockade on the Gaza Strip. The article alleges that the Brotherhood is trying to broker a national unity government between fundamentalist Hamas and the secular Palestine Liberation Organization, in the belief that only a united front can bring about a meaningful two-state solution.

5. Tunisia’s large number of small secular and leftist parties are forming a big coalition to contest the next parliamentary elections. The Nahda or Renaissance Party, Tunisia’s fundamentalist movement, captured 42% of the seats in parliament last October and so elected the current prime minister. One problem the small leftist parties faced was that they had been allowed to function, if under severe restrictions, during the reign of dictator Zain al-Din Ben Ali. All the parties that did well in the elections had been in exile. The fractured character of the left allowed them to lose the elections decisively, even though they have a great deal of support among unions, students and urban populations.

6. On Libya, the glass can be seen as half full or half empty. Despite the raft of negative reporting on Libya, its security situation is generally just all right, and tour operators are reviving tourism, saying they’ve had “zero problems.” Security and administration are good enough that Libya’s oil exports are set to reach pre-revolution levels again in April, earlier than expected. This would not happen in a country that is a basket case (Iraq took years to accomplish this feat). There have been pressures for decentralization in the east, but moving from a highly centralized dictatorship to more of a federal system is only natural and parallels after all what happened in the early United States. No one is talking about breaking up the country. The third-largest city, Misrata, pulled off grassroots municipal elections, and several other cities have or will follow suit. Building democracy from the ground up is a good idea. There has been very little reporting on these electoral achievements in cities that had been ruled by idiosyncratic fiat for 40 years.

There have been serious human rights abuses, but on a small scale compared to those of Qaddafi, and most of the population feels liberated. This is not to minimize them; the human rights situation needs to improve if the revolution is to be honored. Attempts are being made to rebuild a national army, but it will take time; in the meantime, its social peace will be a bit fragile– but that is to be expected after a revolution. Libya is nowhere near the mess that France was after its revolution in 1789, and there is nothing like a Vendee or a Terror. There hasn’t been a civil war, though there are still a few pockets of insecurity. Those hoping for bad news really haven’t had all that much considering that the country had been left with no functioning institutions after decades of personalistic Qaddafi totalitarianism.

As for those who blame the recent military coup in Mali on the civil unrest in the north of that country caused by returning Tuareg mercenaries from Libya, surely the blame should be put on Muammar Qaddafi for forming a corps of lawless Tuareg mercenaries in the first place. Qaddafi promoted militias and mercenaries and civil strife all over Africa, and it is not unexpected that some of his minions will go on being troublesome after his death. It isn’t Free Libya’s fault except if you think 6.5 million Libyans should have preferred to live under brutal tyranny in order to keep foreign Tuareg mercenaries employed and happy. Moreover, there were other ways for Mali’s officer corps to deal with the Tuareg unrest than to make a coup; the military is taking advantage of the turmoil to take power, which is also not Libya’s fault. And, it is not as if the Libyan Revolution invented a Tuareg problem for Mali. There have been two major Tuareg rebellions before.

Some people can’t forgive Libya for revolting against Qaddafi, or for taking outside help to do so, and seem to seek some Schadenfreude in Libya’s post-revolution problems. But that isn’t social or political analysis, it is just point scoring and a sort of moralistic story-telling. People who are interested in the welfare of Libyans are pulling for them