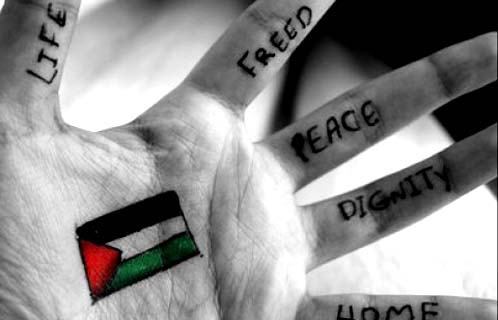 When the Libyan people took on their reviled dictator, Moammar Gadhafi, Israeli officials seemed puzzled by the alarming and unprecedented trend of popular awakenings in the Arab world.

Israel’s Foreign Minister, Avigdor Lieberman, has claimed that these awakenings are only proof of the ‘weakening’ of the Arabs – even at a time when international consensus points to the opposite conclusion.

According to Israeli daily, Haaretz, Lieberman has claimed, “the Arab world is becoming increasingly weakened.”

Worried perhaps that all rational analyses will show how Israel’s decade-long aggression has been a major contributing factor to instability in Middle East, Lieberman decided to dismiss the notion altogether. “Whoever thinks that the Palestinian-Israeli conflict is part of the problems in the Middle East is trying to escape reality,” he said.

It must be a strange ‘reality’ which Lieberman subscribes to, but he isn’t the only Israeli official that sees the world through such tainted logic.

While Lieberman has settled on the realization that “it is clear to everyone…that the greatest danger they are facing is not Zionism, but rather Hamas and Jihad,” Israeli Prime Minister Benjamin Netanyahu pushed into a different direction involving Iran and post-Mubarak Egypt.

Addressing the Conference of Presidents of Major American Jewish Organizations in Jerusalem, Netanyahu labored desperately to link some imagined Iranian designs into the future of Egypt. “The leaders in the West and the leaders in Tehran do not want the same future for Egypt,” he claimed, according to the Jewish Tribune (February 24).

“American and European leaders want an Egypt that is free, democratic, peaceful and prosperous…On the other hand, leaders in Tehran want to see an Egypt that is crushed by that same iron despotism that has crushed human rights in Iran for the last three decades,” he said.

One is accustomed to hearing the flawed historical references of Israeli officials, but Netanyahu’s latest comments are truly baffling. Tehran’s political involvement in Egypt was and remains nominal. Yet again, Israeli officials are interpreting the Middle East solely from the self-serving viewpoint of the Israeli political establishment itself.

This Israeli discourse is as old as the Israeli state. The initial narrative was predicated on the assumption of a unified party of ‘Arabs’ hell-bent on destroying a small, beleaguered Israel. The former represented all that was evil, extremist and anti-Western, and the latter embodied all that was good, democratic and civilized.

Maintaining this illusory discourse continues to be essential for Israel, for it serves multiple purposes and has long been the backbone of Israeli official hasbara, or propaganda. Even as the Israeli army demolished much of Gaza and killed and wounded nearly 7,000 Palestinian civilians in the 22-day military onslaught of 2008-09, the propaganda continued in full-force. It suggested that the loss of so many civilian lives was a price worth paying in order to uproot Islamic ‘extremism’ (as represented by Hamas).

Although Israeli propaganda has always been relentless, the Israeli official message in the face of popular Arab uprisings seems befuddled and unclear. The reason for this might be the fact that the current push for democracy – using largely non-violent means – in several Arab countries, took Israel by complete surprise. The Arab peoples’ desire for reforms and democratic change is utterly inconsistent with the image of Arabs shrewdly crafted by Israel and its friends in Western media. This image suggests that Arabs are simply incapable of affecting positive change, that they are inherently frenzied and un-democratic. Thus Israel, ‘the only democracy in the Middle East’, can be trusted as an oasis of stability and democracy.

Israeli officials tried to infuse this tired message following the uprisings in North African Arab countries, but this time it seemed incoherent and was quickly overshadowed by the chants of millions of Arabs for democracy, freedom and social justice.

Another reason behind the current failure of Israel to capitalize on the ongoing turmoil is that Israeli propaganda tends to precede – not follow – such upheavals. Israeli hasbra is most useful when Israel takes the initiative, determining the nature, scope, timing and location of the battle.

The official propaganda that preceded the war on Gaza seemed more institutionalized than ever. Former Israeli ambassador to the UN, Dan Gillerman was reportedly summoned by Tel Aviv to lead the PR effort. He said that the diplomatic and political campaign had been underway for months. The Guardian’s Chris McGreal,reporting on the campaign from Jerusalem during the war, quoted Gillerman as saying, “I was recruited by the foreign minister to coordinate Israel’s efforts and I have never seen all parts of a very complex machinery – whether it is the Foreign Ministry, the Defence Ministry, the prime minister’s office, the police or the army – work in such co-ordination, being effective in sending out the message.”

Israeli hasbra had then worked in tandem with the Israeli military, leading to a most coordinated campaign of war and deceit. But when the Arab people revolted, starting in Tunisia, the belated Israeli response was confused.

Israeli officials warned, yet again, of some Islamic extremist menace at work involving Hamas and Hezbollah, and others warned of an Iranian plot. Some praised their fallen Arab allies, while taking pride in Israel for being a fortress of stability, while others called to speed up the ‘peace process’. Some denied any association between the absence of peace and Arab revolution. Meanwhile, Israeli

Deputy Prime Minister Silvan Shalom, who duly accused Iran of attempting to exploit the situation, chastised Western countries for disowning their beleaguered allies in the region.

The fractured nature of the latest round of Israeli official propaganda could partly be blamed on the element of surprise. Israel, which bought into its own dehumanization of its Arab enemies for so long, couldn’t fathom such scenarios as popular non-violent revolutions underway in the Middle East.

But even if a solid, streamlined, and certainly well-financed Israeli hasbara campaign is launched to better manage Israel’s crisis, one wonders if it could

really make much of a difference. If a multi-million dollar campaign to hide or ‘explain’ the bloodbath wrought by Israel in Gaza in 2008-09 have largely failed, Israel cannot possibly succeed in hiding the fact that it is no longer the ‘only democracy in the Arab world’ – or that it was ever a true democracy to begin with.