Analysis: Does the CIA Step Up Drone Strikes During Ramadan? 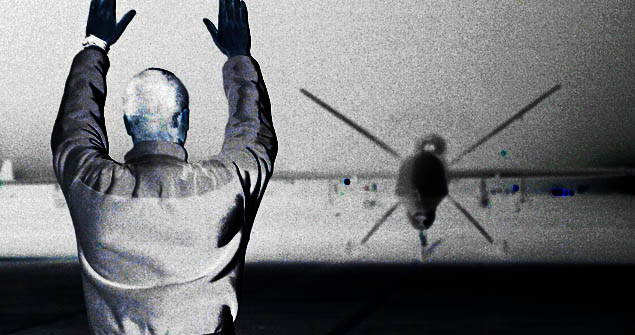 The news-lines said it all. ‘US official summoned after drone rampage over Eid,’ reported The Hindu. ‘A flurry of drone attacks pounded northern Pakistan as Pakistanis celebrate the end of the holy month of Ramadan,’ said Reuters.

Last week witnessed some of the most intense bombing of Pakistan by the CIA in many months. Seven attacks since August 18 have killed up to 65 people including senior Taliban leaders and civilians.

But are the CIA’s drone strikes actually more frequent during Muslim religious holidays?

It seems not.  Data from the Bureau reveals no major difference in the tempo of CIA attacks during Ramadan compared to other times of the year. The exception was in 2010 when there were 15 strikes during the Muslim holy month compared to the monthly average of 11 for that year. This, however, was possibly linked to an Isaf counter-insurgency push across the border in Afghanistan which took place at that time.

Source: The Bureau of Investigative Journalism

Perhaps more surprising, research by the Islamabad-based Conflict Monitoring Centre (CMC) shows that some militant groups in Pakistan do not seem to respect the religious periods.

A time of peace?
Throughout the world, Muslims fast from dawn until sunset for the month of Ramadan. It is supposed to be a time of religious devotion. The long fast is broken with Eid al Fitr, a three-day holiday when families gather together to feast and celebrate.

‘Generally it is perceived that the month of Ramadan is a time of peace and tranquility,’ the CMC’s director Abdullah Khan told the Bureau. ‘[But for] the militants who claim to be mujahedin and wage jihad against Islam’s enemies, this sacred period is called the Month of Jihad.’

Landmark battles for the control of Mecca early in Islam’s history were fought during Ramadan, Khan explains. Some militants use this as proof ‘that Muslims should wage Jihad in Ramadan.’

Militant groups such as the Pakistan Taliban (TTP) have continued to kill and wound Pakistani security forces and civilians throughout Ramadan.

According to data provided to the Bureau by the CMC, this year there were 86 attacks in the month prior to Ramadan and 96 during Ramadan and Eid.

And in 2011 there were 120 recorded terrorist attacks during Ramadan and Eid, compared with 146 attacks in the previous four weeks.

Peak fighting period
Nor is Ramadan a time of peace in neighbouring Afghanistan.

The date of Ramadan changes annually. For the last four years it has fallen during the peak of the Taliban ‘fighting season’ against the International Security Assistance Force (Isaf).

According to data provided to the Bureau by Isaf, August and September have seen a peak in the number of attacks by Afghan insurgents on Isaf troops since at least 2008.

This peak has also been coinciding with the end of the multi-million dollar poppy harvest, when insurgents are busy gathering and processing opium poppies into heroin.

Isaf says it does change its own tactics during Ramadan – but not directly out of any cultural consideration.

This year the alliance timed its operations as often as possible for before dawn and after sunset. This was to limit the strain on fasting Afghan soldiers who were fighting alongside Nato troops.

Lieutenant Amy Hession of Isaf public affairs told the Bureau: ‘Operations continued to be aggressive but were conducted mainly during times when observant troops had access to water or food.’

CIA campaign
While the CIA, which declined to comment for this article, appears to make no concessions towards Ramadan, bombing has been particularly intense through the three days of Eid this year.

Muslims in Pakistan’s tribal region broke their fast on August 18 this year, a day earlier than the rest of the country. During the three days of Eid three drone strikes killed 11 to 22 people in North Waziristan. And the strikes have continued after the holiday. In all seven strikes killed 29 to 65 people in the week after Ramadan.

Among those reported killed were Badruddin Haqqani, Emeti Yakuf and Ahsan Aziz.  All were described as Taliban leaders.

The attacks also saw the first firm reports of civilian deaths in some months – with Haqqani’s 13-year old son Osama, and the wife of Ahsan Aziz, both reported killed.

This was the second time during the Obama presidency that the CIA has launched strikes during Eid itself. In 2010 the CIA killed at least five people in an attack on a house in North Waziristan on September 12.

In contrast there are no records of any US drone strike in Pakistan on the major Christian celebrations – Easter Sunday and Christmas Day – since the covert drone war began in 2004.