Abu Dhabi’s Cultural Designs: Revived But Relevant to Whom? 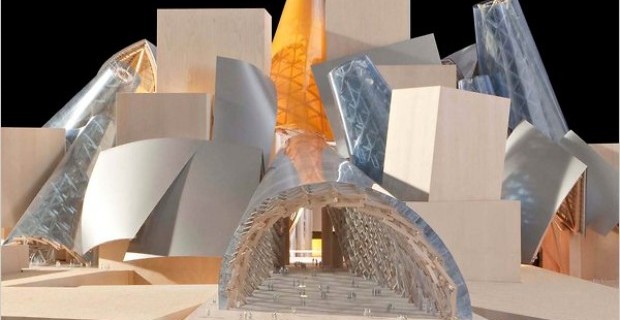 Abu Dhabi’s resurrection of its three-museum project to promote the emirate as a go-to tourist destination will give a boost to its beleaguered local economy. But the presence of local outlets of the Guggenheim and Louvre museums also highlights the prickly issue of what role Western cultural institutions should play in a Muslim country.

The much-anticipated maritime museum and performing arts center remain in limbo, but the Zayed national museum is tentatively set to open in 2015, with the Louvre following a year later and the Guggenheim in 2017. Guggenheim Abu Dhabi will join the foundation’s branch museums in New York, Venice, Berlin, Bilbao and Las Vegas.

The three museums’ future looked in doubt after the 2008-2009 global recession scuttled $30 billion worth of building projects in the emirate. Housing prices in Abu Dhabi fell by 45%, while in Dubai – the emirate next door whose breakneck development has served as both an inspiration and a warning for Abu Dhabi – the property market plummeted 65%.

Their size alone is enough for the three museums to have a major impact on the country that is hosting them. At 260,000 square feet (24,000 square meters), Abu Dhabi’s Jean Nouvel-designed Louvre will be 40% of the size of the Paris original, whose collection took centuries to build. The 300,000-square-foot Guggenheim, designed by architect Frank Gehry, will be the largest of the institution’s international network of museums.

All this to serve a country covering 26,000 square miles of mostly desert with an indigenous population of 928,360 people.

Mo’ath Hussein, an economic consultant in Abu Dhabi, told The Media Line that he is confident that the museum projects will give an important boost to the region’s economy. The museum complex will cost $27 billion to build and will anchor a complex of golf courses, luxury hotels, and a park and theater, that will continue to bring in tourist dollars years after the construction jobs cease contributing to employment.

“The museums will provide an opportunity to all in the region to have easy access to that type of art,” Hussein said. “Not many art lovers can afford trips to Europe.”

Critics, however, say the initial economic benefit will be minimal. Foreign architects, construction companies and South Asian labor will perform the lion’s share of the work and take home the economic rewards, they argue.  More importantly, there appears to be little evidence to suggest that the museums will help develop a strong cultural identity among Emiratis or bring about an efflorescence of local art.

Vali Nasr, professor of international politics at the Fletcher School of Law and Diplomacy at Tufts University in Massachusetts, told The Media Line that the United Arab Emirates (UAE), the seven-member federation to which Abu Dhabi belongs, is buying international prestige with the museums projects. But, he said, it is failing to invest in the culture of the region and serve the needs of the local population.

“The problem is that cultural centers are not developed,” said Nasr, who is also a senior fellow of foreign policy at the Brookings Institution. “The local culture is very wealthy but not mature enough to engage in an arts culture. Dubai, for example, has its film festival but it does not have a local film industry. American institutions are being grafted into a society that does not have the infrastructure to promote local culture.”

Nasr likened the UAE’s eagerness to build big name museums to the alleged efforts last year by King Saud and King Abdulaziz Universities in Saudi Arabia to offer cash to well-known Western academics if they cited the Saudi institutions as a second affiliation in their research papers.

The Saudis sought to acquire scientific prestige just as the Emiratis are trying to buy cultural prestige — quickly and easily without investing the time in developing human talent.

The projects would create a “massive gulf” between Emiratis and the institutions, according to Nasr. Bridging that gulf depends on whether museum officials and Abu Dhabi leaders can agree on outreach programs to stimulate the region’s largely ignored arts community.

Hussein, the economics consultant, said he expects the Guggenheim Abu Dhabi to follow the strategy of the Guggenheim in Bilbao, Spain, which has a center for Arab and Islamic art. “The Guggenheim comes from Spain where every step you make in Spain has a trace of Islamic and Arabic art,” he said.

The Guggenheim Foundation brought in Reem Fadda, a Ramallah-based art historian and former director of the Palestinian Association of Contemporary Art, as the associate curator of Middle Eastern Art. She is charged with organizing contemporary Arab art exhibitions and participating in regional cultural events for the Abu Dhabi branch.

“A museum of this size and scope takes a great deal of intellectual investigation and investment, and time, to create,” Goldhar told The Media Line. “Speaking about it before we are ready is just foolish.”

Unlike Guggenheim Bilbao, which exhibits Western and Arab/Islamic art without controversy, the Guggenheim Abu Dhabi may find itself beset by controversy in a region where Islamic clerics can’t agree on whether images of humans and animals are prohibited.

Timothy Furnish, an Islamic geopolitical analyst and lecturer at MacDill Air Force Base’s Joint Special Operations University, told The Media Line there is “no tradition in Islam of museums in the Western sense.” He said conservative interpretations of Islam might affect the Guggenheim’s relationship with the local community.

Although the Quran itself does not prohibit artistic renderings, several hadiths – the deeds and sayings of the Prophet Muhammed – frown on visual human images, he said. Salafists, who practice what they regard as a pure form of Islam based on what the earliest Muslims did, have no doubts about the ban.

“While the ostensible prohibition of art involving animal, human or prophetic figures is often overstated because the squeaky Salafist wheels always get the most journalistic grease, this idea has become a main current of Sunni Islamic – not just Salafist or Islamist – thought,” Furnish said.

Yet the UAE may provide the best venue to test local community reaction. “If there is anywhere in the Arab-Muslim world that art could possible flourish, it might be in a more enlightened place like the UAE or one of the Gulf States,” Furnish said. “But even there I have my doubts.”

The Guggenheim indicated early-on in the project that it does not intend to rock the religious boat. In 2006, then-director of the Guggenheim Foundation, Thomas Krens, told The Guardian that there were no plans to exhibit nudes or religious themes. “Our objective is not to be confrontational, but to be engaged in a cultural exchange,” he told the British daily.

However, the emirate’s deputy chairman of tourism, Mubarak Al-Muhairi, told The New York Times in 2007 that there were no limits on religious themes or nudity. “In principle, there are no restrictions,” he said. “But both sides will agree on what is shown.”

The Zayed National Museum will help fill the void of expressed Islamic themes if the Guggenheim and Louvre limit Arab and religious exhibits. The museum plans to offer exhibits on the Quran, the life of the Prophet and Islamic calligraphy.

But for Western institutions to ignore Islamic art and exhibit it alongside contemporary Western artists might be a mistake.

“Islamic conservatives only begin to make noise if Western culture makes inroads into local culture,” Nasr observed. “That’s not happening now. One possible benefit of the museum is attracting Muslims from the Muslim world. This would potentially impact the region, but the Guggenheim must touch a broader cross-section.”

Furnish suggested the museums might have an “intellectual responsibility” to ease religious-based cultural barriers with archaeological exhibits of the region’s ancient history, but Salafists may object. “In the past, Salafists have said that should they ever come to power in Egypt, they would not just close the museums that glorify the age of jahaliya [the age of ignorance that preceded the coming of Islam], they would destroy the Sphinx and the Pyramids.”

Nasr pointed to Iran, which has a thriving arts culture that survived the 1979 Islamic Revolution, as a potential arts role model.

“There was the Shah’s art festival and film festival, and the Queen had the Museum of Contemporary Art in Tehran,” he said. “There was resistance on moral grounds, but it served the local population and it was not for tourism. It made sense at the time because it reached out to the local population. Because of that, Iran has a healthy arts culture and world-class film industry.”

This article first appeared on The Media Line.