UPDATE: Dubai Silence on the Call to Prayer 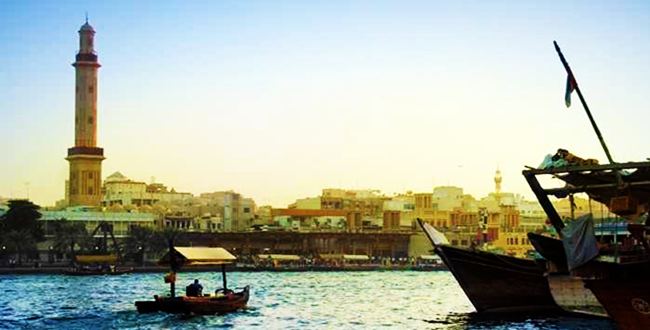 In a recent conversation it was brought to my attention that a certain residential community in Dubai may have taken to silencing the Muslim call to prayer in deference to tenants’ complaints.

I was told that most non-Muslim (and even some non-practicing Muslims) residents had petitioned for the action, deeming the Adhaan a ‘nuisance,’ ‘public disturbance,’ and even going so far as to categorize it under ‘noise pollution.’

As a Muslim, that’s a rather harsh pill to swallow. Even more bitter was the possibility that the developer had surrendered to these absurd charges, supposedly effectively quashing what is not just an Islamic ordainment, but what is a fundamentally native observance to any Muslim country.

Taking the word of a source, this post was previously a textual finger-pointing not only at those residents of the UAE but also the authorities for petitioning and allowing this to be followed through.

I have since been informed by both residents of the development in question as well a member of the community’s mosque committee, that the latter assertion was incorrect. The Adhaan continues to be sounded at each prayer, and, moreover, the authorities would not allow any such silencing.

The older post has now been replaced with this update.

As soon as the previous article was up, it was met with outrage. Indignant protests from Muslims, and more heartening from a greater majority of non-Muslim expatriates at the possibility that this was true. Many found it disrespectful and near-impossible to imagine that anyone would create a furore over a host country’s cultural (if not religious) affiliations, especially after having been accommodated so liberally.

Most who commented on the issue, did so along the lines of a Devina Devicha:

I’m not Muslim, but the news that they’re quashing the call to prayer is appalling. People need to realize they’re in a Muslim country, and part of religion means people are going to pray. If the method of prayer involves adhaan 5 times a day, so be it. I’ve lived near mosques before and this hasn’t bothered me.

I realize I have the distinct advantage of growing up in Dubai, so adhaan is normal to me. Perhaps those coming in from elsewhere find it hard in the beginning? Even if that’s the case, it’s part of the country’s culture and religious behaviour, and can’t be removed (although your piece shows it’s starting to go down that path!). I lived in the UK for a while, and the cathedral near where I lived would have pealing bells on Sunday afternoon…do you think anyone would call for the bells to be silenced calling it noise pollution?

Look, my brother has autism and part of his autism means that he cannot handle loud sounds, so sometimes he has gotten upset by the call to prayer, and in those situations we try and move him away from the sound, so he can calm down. I’m not going to petition for the call to prayer to be dampened just because his auditory senses are hyper-sensitive!

It’s not noise pollution; I was in India in January, I was outside a church ready to attend a wedding, and while Mass was going on inside, a mosque right behind the church started its call to prayer and I felt at home.”

The Azaan/Adhaan, for those who aren’t too familiar, is the scheduled summoning by the muezzin (assigned caller) of a mosque calling all practising Muslims to worship – namely for the five daily prayers divinely prescribed via the Prophet Muhammad (Peace Be Upon Him) during his miraculous journey, Isrá wa Mi’raj (the anniversary of which is a public holiday in the Emirates).

Re. the advent of the Adhaan:

When the Muslims arrived at Medina, they used to assemble for the prayer, and used to guess the time for it. During those days, the practice of Adhaan for the prayers had not been introduced yet. Once they discussed this problem regarding the call for prayer. Some people suggested the use of a bell like the Christians, others proposed a trumpet like the horn used by the Jews, but ‘Umar was the first to suggest that a man should call (the people) for the prayer; so Allah’s Apostle ordered Bilal to get up and pronounce the Adhaan for prayers – Ibn Umar [Bukhari :: Book 1 :: Volume 11 :: Hadith 578]

The wording of the Adhaan in itself is said to be a loose synopsis of the Islamic faith, and is repeated as follows:

From the above, it is understood then that the Adhaan serves primarily as a melodious reminder of religious commitment to those preoccupied with the day’s non-spiritual obligations. Although some may argue that in this current age of sophisticated gadgetry devices can be programmed for the same, the exotic allure of the call cannot be denied.

Although this particular allegation has proven to be only partially true – the calls for the quietening of mosques in Dubai is real and is not new. Back in 2007, a certain property developer was under media and public scrutiny for luring potential investors to their luxury residences using assurances that the daily five times call to prayer would be silenced.

The UAE, Dubai especially, is extremely liberal in aspects of religious and cultural tolerance – rhetoric so oft-repeated that this in itself may as well be the bait that lures expats to set up camp.

Islam is not imposed on any resident, and aside from the call for decency in dress-code, stringent legislation enforcing a set attire is non-existent. Hindu temples and churches of all factions have propped up in the past 40 years of the county’s establishment, and even alcohol/pork consumption is not the anathema Western media just love to portray.

Admittedly there are a few Muezzins who don’t ‘carry the tune’ of the Adhaan as melodiously as others more rhythmically-endowed, but the less-stubborn alternative employed is choosing to reduce the decibel-level of the Adhaan; (especially for the early morning and min-afternoon prayer), out of consideration for the neighbourhood.

The Adhaan is not a deafening barrage of fire-crackers, nor a series of resounding horns blaring from impatient motorists in a traffic rut – to be classified under ‘noise pollution.’ It is a series of sacred verses dear to the devout, calling the faithful to prayer.

This misunderstanding has proven if not anything else, the level of accommodation by the varying cultures represented by the expatriates living here in the Emirates – of the values and practices it upholds affiliating it to an Islamic state.

While there will always be a handful of those not as understanding of the country’s cultural and religious values, it is comforting to witness that the numbers appreciative of the same visibly exceeds the latter.

A lesson learned in issues of verification, and an eye-opener to this unorthodox form of patriotism not likely to be witnessed anywhere else.

“They… were lined up praying, their shadows long upon the desert floor. I was watching them and thinking how this ritual must have remained unchanged in every detail since it was first prescribed by Muhammed…” – Wilfred Thesiger, Arabian Sands, 67.

21 Responses to UPDATE: Dubai Silence on the Call to Prayer