How the PA Sold Out Palestinian Unity 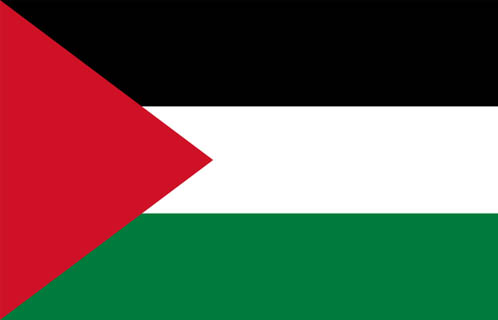 If you happen to be a Palestinian government employee, chances are you will receive only half your usual salary this month. The other half will only be available when international donors find it in their hearts to make up for the huge shortage of funds currently facing the Palestinian Authority (PA).

With a deficit standing at around $640 million, the PA government of Prime Minister Salaam Fayyad is experiencing one of its worst ever financial crises. However, the Palestinian economy is not a real economy by universally recognized standards. It survives largely on handouts by donor countries. These funds have spared Israel much of its financial responsibility as an occupying power under the stipulations of the Fourth Geneva Convention. They have also propped up a Palestinian leadership that tries to secure its own survival by serving the interests of major donors.

The funds, however, are now drying up. This could be due to a political attempt to dissuade PA President Mahmoud Abbas from seeking recognition of a Palestinian state at the UN next September. PA officials have been greatly angered by the shift, blaming donor countries – including Arab countries – for failing to honor their financial commitments.

Yasser Abed Rabbo, Secretary-General of the PLO, spoke of an ‘unprecedented’ crisis to Voice of Palestine Radio. “The situation has become very complicated for the Palestinian Authority because of the failure of the Arab countries to fulfill their financial promises.”

Fayyad suggested it was an ‘irony’ that the current crisis comes at a time when the PA had reduced its reliance on foreign aid by almost half – from $1.8 billion in 2008 to $970m – according to the Jerusalem Post. Now, even this half is being slashed, as only $331m of the pledged $970m has been received.

Top PA officials are yet to openly connect the dots between the withholding of funds and the political reality in Palestine. Fayyad insisted that “the crisis does not cast doubt on our preparedness for the establishment of the state,” while Abed Rabbo asserted that the crisis would not halt PA efforts to seek an independent statehood along pre-1967 lines.

The PA undoubtedly understands the financial cost of any political adventure that is deemed unfavorable to Israel – especially since they are constantly reminded of the ‘historic ties’ and ‘shared values’ that unite Israel and the United States.

One such reminder was the huge margin at the US House of Representatives in July 2007. It was an “overwhelming 406-6 vote,” reported AFP, where US lawmakers “warned the Palestinians that they risk cuts in US aid if they pursue UN recognition of a future state not defined in direct talks with Israel.” The message echoed another vote on a similar resolution in the US Senate.

Such unquestioning support for Israel by the US serves to make life much easier for Israeli diplomats. They now need to focus less on the US than on European countries that have promised to back the PA statehood initiative.

The PA is of course very vulnerable to threats, despite their insistence to the contrary. Once the US and others start to wave the withholding-of-funds card, any solid PA political program usually falters into perplexing and even self-defeating political babble. The lack of certainty in the PA’s political language could be attributed to fear that a single decision to withhold funds coupled with an Israeli decision to hold taxes collected on behalf of the PA, the government would not last for more than mere weeks.

One ought to remember that the West Bank and East Jerusalem are Occupied Territories. Deprived from even a semblance of territorial sovereignty and presiding over a donation-based national economy, the PA has no political independence outside the permissible margins allowed by the US and Israel, countries that are hell-bent on defeating the Palestinian national project.

The PA has been grappling with this strange situation since its inception in 1994. Being a guardian of Palestinian national interests and simultaneously satisfying Israel’s political interests and US expectations is an impossible feat. That enigma has almost always been settled at the expense of the Palestinians themselves. The latest casualty has been the unity deal signed between Hamas and the PA’s ruling party, Fatah, in Egypt on April 27.

The unity was essential for a cohesive political program to be formed towards Palestinian rights and possible statehood. When the agreement was officially signed early May, it was assumed that various committees would be able to quickly finalize the process aimed at setting a date for future elections and bringing to a complete end the four-year feud between the two factions.

However, a counter Israeli strategy was immediately forged. On May 4, as Palestinians celebrated their unity, Israeli Prime Minister Benjamin Netanyahu led the counter campaign from London. “What happened today in Cairo is a tremendous blow to peace and a great victory for terrorism,” he told reporters (as reported by Reuters). The US echoed Netanyahu’s foreboding words, EU countries responded ‘cautiously’, and the arm-twisting began.

Once again, Abbas and the PA were faced with a dilemma around priorities. National unity in Palestine was to suffer yet another blow. “The Palestinian president does not want to wage two diplomatic battles for recognition of an alliance with the Islamic militants and for a U.N. nod to statehood at the same time,” said a PLO official (as quoted by the Associated Press and Ha’aretz).

The UN vote “would be a largely symbolic step that the Palestinians hope will nonetheless improve their leverage against Israel,” according to the AP report. ‘Symbolic’ maybe, but is a priority that Abbas feels comes ahead of urgently needed national unity and a unified political program.

Meanwhile, PA forces – trained and armed by the US and in constant coordination with the Israeli army – reportedly arrested 68 Hamas members in recent weeks, according to a report by Maan News Agency, citing a Hamas statement.

While Abbas is now leading a diplomatic mission to drum up support for his UN initiative, Fayyad is trying to collect funds to prop up the PA economy for a few more months. Meanwhile, Palestinian national unity – without which Palestinians will remain hopelessly fragmented and vulnerable to external pressures and foreign priorities – remains merely ink on paper.