A Compelling Case for a UAE State of the Union Address 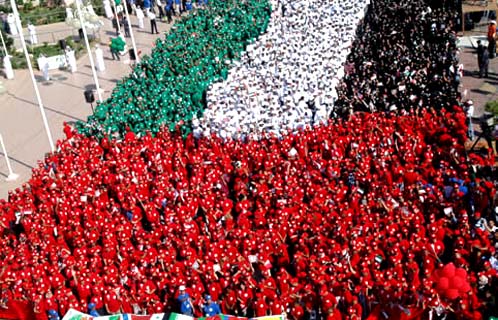 In countries the world over, from the US to Russia, and from the Philippines to South Africa, citizens look forward to an annual statement that outlines the state of the nation in the past year and highlights plans for the coming 12 months.

This custom started in the US although it took over a century to be institutionalised and known as the State of the Union address. President George Washington delivered the first address in 1790 but it was only since Woodrow Wilson’s presidency (1913-1921) that the custom of delivering the State of the Union address as a public speech became customary for US presidents.

Today, that custom is so enshrined in US popular culture that it has its own abbreviation, the Sotu. President Barack Obama’s last Sotu address in January was carried across 11 major networks and averaged over 42 million viewers in addition to an incalculable number of global audiences. With social media such as Twitter, Facebook and YouTube the audience number is exponentially increased. In the Russian Federation where, like in the US, the annual statement is mandated by the constitution, a speech is delivered every April.

This year is an ideal time for the UAE, the only successful union in the Arab world, to also institutionalise an annual State of the Federation address. In fact, the Emirates isn’t far behind in this regard. Both the UAE President as well as the Prime Minister issue comprehensive public statements annually on the UAE’s National Day. For instance, the UAE’s first parliamentary elections were announced by the President in a statement marking the federation’s anniversary in 2005 . The text is published in Dira Alwatan or Nation’s Shield magazine and is also made available on the Prime Minister’s internet portal.

There is something to be said for a public address though. It is a major media event, a collective celebration of achievements over the past year and the spelling of hopes and challenges for the upcoming one.

Next December is an opportune occasion to institutionalise a state of the union address custom. It would coincide with the 40th anniversary of the UAE, a brand new parliament, and the 10-year countdown to Vision 2021. In fact, what Vision 2021 lacked when it was announced were clear milestones and a practical annual timetable to achieve these goals, one at a time. The UAE State of the Federation address can support Vision 2021 by refreshing its momentum and acting as an occasion in which we can measure its progress.

The UAE President, or whomever he chooses to delegate, can deliver the speech in a giant hall, perhaps in a different emirate every year, in the presence of UAE crown princes, Cabinet ministers, members of parliament, ambassadors, senior judges and public intellectuals along with selected stakeholders in the community.

It would be an opportunity to remind Emiratis and residents, along with the government itself, to take responsibility for the current UAE budget deficit of almost Dh3 billion. Educational, environmental, political, social and economic challenges that face the UAE could be outlined along with external and internal threats to the federation. It would also reflect the number of jobs created for Emiratis, especially in the lesser-developed parts of the country, progress towards making the UAE more competitive as well as UAE advances in science, technology and research.

Already with 2011, the President can highlight the second Federal National Council election results, the UAE forces’ participation in peacekeeping efforts in Libya and Afghanistan, the streamlining of federal registration offices, progress in women’s empowerment such as the appointment of female prosecutors, and the introduction of laws that regulate so-called white fire arms. For 2012, the UAE has already set a goal of having 100 per cent broadband internet penetration across the country, making it the first country in the world to do so. All these goals can be articulated in a single speech that would also be an ideal launch pad to announce new strategic policies and clarify short, medium and long-term goals.

The speech would be published in the local press, uploaded online and shared on social media to raise awareness amongst as many young Emiratis as possible about their country’s achievements as well as challenges. The names of Emiratis who have represented their country with pride abroad can also be highlighted along with efforts to bridge the infrastructure and education development gap between emirates.

Practical goals for the next 12 months would be outlined and it is important that the goals are revisited in the following year’s speech to review whether they have been achieved. For the UAE youth, the State of the Federation address will be a starting point to introduce them to the political system of the country. Those entrusted with carrying out the government goals will be made aware of the ticking clock. A State of the Federation address will also enhance ‘Brand UAE’; it is the ultimate affirmation that the country is progressing towards the future with a clear and practical plan.

This article was first published in UAE daily, The Gulf News.