‘A Bit Dangerous?’: My Plan to Meet Drone Victims 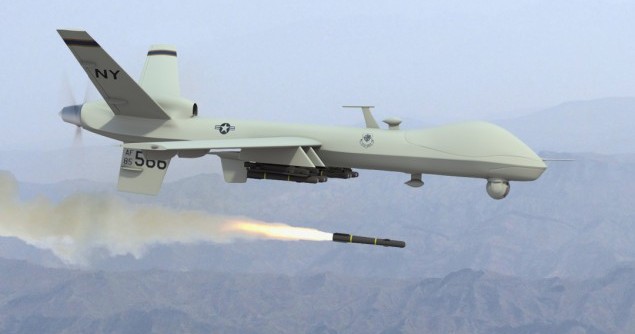 My friends and family have gradually gotten used to the fact that the fight for Palestinian rights is my passion; they may not understand it totally, but they accept and even embrace it. A few have even occasionally asked me why I don’t just move to the Gaza Strip, where I have increasingly returned since 2009. (The answer, in part: I also want to be a part of my daughters’ lives.)

But when I announced that I am joining a CodePink delegation to Pakistan, with the purpose of journeying into Waziristan – the quintessential “no-man’s land” – to interview families of victims of American drone attacks, I invariably have been met with a blank look. “Why?” they ask. Followed by, “Isn’t that a bit too….dangerous?”

Let me try to answer both of those questions, starting with “why?”

— I believe in global connectedness, and that “people power” only has a chance of gaining real traction if we close ranks in the face of common challenges and concerns. Yes, it is important to focus in order to accomplish anything substantial, and because I was exposed to the plight of the Palestinians (and the role of the United States) in 2007, that became mine. (I could just as well have “stumbled upon” the Congo and ended up investing my time there. I would say the same about a minority population in the United States, except my wanderlust always called me to cross borders and cultures.) However, the Palestinians are not alone in their treatment as pawns in a Great Game driven by money and/or power.

— Pakistan (too) is a “controversial” country at the epicenter of international conflict – and lost in the power politics and tug of war are the hard-working, ordinary people who just want to survive and support their families. Ask the average person on the street what “Pakistan” brings to mind, and (if that produces any more than a shrug – a big if), he or she will likely say “Osama Bin Laden” (Navy SEALS invaded Pakistan in May 2011 after it was discovered that the accused mastermind of 9/11 had been hiding out there for six years), “the Taliban” (what was once limited to an Afghan Sunni extremist group has formed an even more lethal branch in Pakistan) or “chaos” (more often than not, when Pakistan is talked about at all, it’s as a failed state).

In actuality, Pakistan is far more geostrategically critical than Afghanistan, where U.S. troops and other personnel have now spent more years on the ground (and dropped more bombs) than World War I and II combined. It is the sixth most populous country in the world, the second-largest Muslim nation (behind Indonesia) and one of Asia’s five nuclear-armed powers. Geographically – bordering as it does Central, South and West Asia, and sitting at the mouth of the Arabian Gulf — no other country in the world has its potential to serve as a hub for trade, including the transcontinental transport of energy. And as for Afghanistan, no peace is possible there without the active cooperation of the various military and security agencies that have purposely cultivated extremist influences (or at least looked the other way) to prevent other parties such as India from gaining a foothold in its shadow.

The United States has increasingly turned its attention to Pakistan, but since 9/11, our diplomacy has been heavily slanted towards military operations. The passage in 2009 of the Kerry-Lugar-Berman Act was supposed to fix that imbalance with a focus on development, but a report two years later from the Center for Global Development concluded that “aid has been seen as part of an integrated ‘Af-Pak strategy,’ (and thus) its effectiveness in promoting development in Pakistan has been seriously undermined.” Since at least 2004, we’ve been supplementing this “aid” with drone raids, at first targeting suspicious individuals and progressing to “signature” strikes based merely on patterns of activity. Think about it. How could this ever accomplish anything but narrow, short-term “wins”?

Here is where we come to the parallel with Palestine, where the drones of our staunch ally Israel regularly target what it calls “militants,” killing many innocents in the process and breeding hatred along the way.

A Pakistani father of three: “Drones are always on my mind. It makes it difficult to sleep. They are like a mosquito. Even when you don’t see them, you can hear them, you know they are there.”

Americans have significant problems here at home that deserve all of our attention, but it’s all connected. Each drone costs nearly $200 million – money that could instead be spent at home, while encouraging a foreign policy that relies on development and diplomacy instead of violence.

Each and every one of us should feel a sense of responsibility for the way our tax dollars are spent. My trips to Palestine, and now Pakistan – including the articles I write and the talks I give in the weeks after – are my small way of saying, “Not in my name.”
* * *

Today, I will fly from New York City to Abu Dhabi, and then on to Islamabad. On Oct. 6, I and about 30 others from the United States and the UK will join PTI (Pakistan Tehreek-e-Insaf, or “Movement for Justice”) Chairman Imran Khan on a convoy into South Waziristan, the “no-man’s land” along the border with Afghanistan where extremists hide and U.S. drones most often strike.

Before founding the PTI party in 1996, Khan played international cricket for two decades (at 39, Khan led his teammates to Pakistan’s first and only World Cup victory in 1992) and became a much-beloved philanthropist, including the founding of Shaukat Khanum Memorial Cancer Hospital & Research Centre. Foreign Policy magazine described him as “Pakistan’s Ron Paul.”

The original plan was for the convoy to penetrate deep into North Waziristan, the heart of the unrest and military response, allowing us to visit the families caught in the crossfire at “Ground Zero.”

However, after threats of suicide attacks were received, the plan was revised to limit the convoy to South Waziristan – a path that the Hakimullah Mahsud-led Tehrik-e-Taliban Pakistan (TTP, or the Pakistani Taliban) has pledged to protect. The question now is whether the Pakistani government will allow the convoy to go ahead. In light of Khan’s criticism of the Pakistani government’s tacit complicity with the U.S. drone attacks, several international journalists already have been denied visas.

One Response to ‘A Bit Dangerous?’: My Plan to Meet Drone Victims