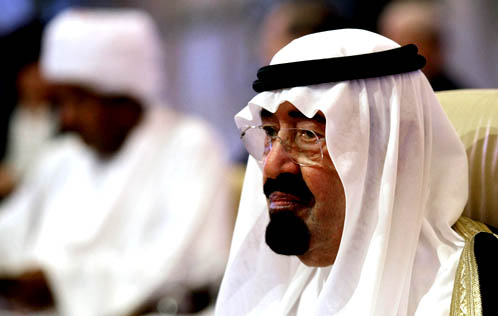 What’s the story: Forbes has just published its list of the 70 people “who matter”.

I matter, am I on the list? You matter – to your mum. This is a list of people who have power over the direction the world will take.

Okay, fair point, so who’s on the list? Perhaps it’s best to start with how Forbes makes its choice. Forbes has four criteria: how many people a person has power over,  the financial resources controlled by each candidate, whether a candidate is influential in more than one area, and how actively the candidates wield their power. Unsurprisingly the 70 who make it are mostly politicians, royalty and business people.

So what about writers, artists, engineers, dreamers, etc, that can change the world with a single idea – the black swans if you like? Yep, they wouldn’t make it. However overall you would have to say the criteria is pretty solid. The unscientific part in all of this is the decision making over the ordering. Having worked for a company that compiles these lists it’s pretty subjective and finger in the air. You also can’t escape your geography – it tries, but this list is still the world as seen from the United States.

So why do we care then? Everyone loves lists, it’s a great talking point, and truthfully, makes good reading.

So how does the Middle East do? Not great – Saudi’s King Abdullah bin Abdul Aziz al Saud tops our list at number 7, Ali Al-Naimi, Saudi’s oil minister comes in at 31st, and the UAE’s Sheikh Khalifa bin Zayed Al-Nahyan comes in at 53rd.

What about Qatar’s Sheikh Hamad bin Khalifa Al Thani? Small country maybe, but his influence has been pivotal in the Middle East this year – in Libya especially? Yes, he’s not there. Should have been. Qatar has punched well above its weight, and has been far more willing to take an active role in Middle East affairs than other more obvious power brokers.

So only three? We could also claim Israel’s Benjamin Netanyahu at 23rd, Iran’s Ali Hoseini-Khamenei at 26th and Recep Erdogan, Prime Minister of Turkey, at 48th.

Any surprising entrants on the list? Two criminals make the Forbes list. Joaquin Guzman Loera (#55), billionaire head of the Sinaloa drug cartel, that operates in Northern Mexico and Dawood Ibrahim Kaskar (#57), who heads an organized crime syndicate in Mumbai. Kaskar is suspected of providing logistical and financial support for terrorists Forbes writes.

Anyone falling out of the list of influence? Ten people including Oprah Winfrey, French politician Dominique Strauss-Kahn and former Japanese prime minister Naoto Kan. Two depart in a more profound way, although their influence will no doubt linger for a long time to come: Apple cofounder Steve Jobs (Feb. 24, 1955 – Oct. 5, 2011) and Osama bin Laden (Mar. 10, 1947 – May 2, 2011).