Detangling the Holocaust from Politics 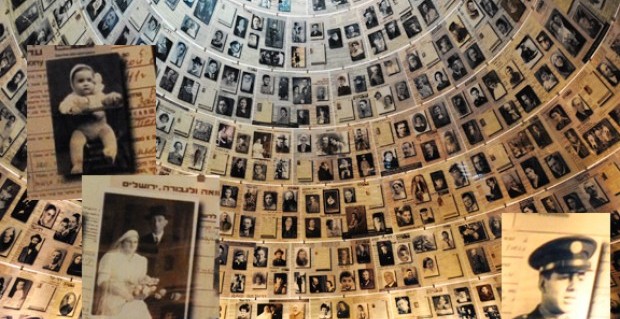 Late last month I went to the children’s memorial in Yad Vashem, the Holocaust memorial museum in Jerusalem. I stood there and took in the names, the candles and the glass. And I felt confused and sad and a little bit broken.

It was 27 January, International Holocaust Remembrance Day, and it was the first time I had gone to the memorial in five years. I went because I wanted to reclaim a small part of myself and my history from the tornado of political and historical ownership that twists so jaggedly in this place.

When I realised that International Holocaust Remembrance Day was approaching, my first thought was, “great – another opportunity for Israel’s leaders to make the world feel guilty and back away from their criticism of its settlements.” After reading the works of Jewish philosopher Hannah Arendt, who wrote in the 1960s about using the Holocaust to justify Israeli injustices, and hearing Benyamin Netanyahu’s rhetorical use of the Holocaust recently in the US Congress, I have reached a point where I hear “Holocaust” and think about trends in Israeli-Palestinian politics that I do not like.

What led me to Yad Vashem was the realisation that my thinking about Israeli-Palestinian issues has changed the way that I think about the Holocaust. I have become deeply frustrated by the political manipulation of the Holocaust to distract from Israel’s crimes against Palestinians. These crimes should not and need not be compared to Nazi crimes, but they are unjust and immoral in their own right.

There is something deeply wrong with this new way of thinking about the Holocaust. It is not the substance of the thought that is wrong. Many Israeli leaders do cynically use the Holocaust to deflect criticism of a controversial policy. What is wrong, though, is the fact that such a thought is the first thing that came to my mind on Holocaust Remembrance Day.

I, like many individuals on the Jewish left, have made a concerted effort to understand Palestinian suffering and to try to grasp how the suffering inflicted by the Occupation could lead a large portion of a people to embrace an ideology that supports using violence against innocent people through bombing cafes and buses.

I am proud to say that after much searching and struggling, I am able to sincerely empathise with Palestinian suffering, even as I do not endorse methods of violence and collective punishment.

So the fact that my first thought on International Holocaust Remembrance Day was something like “the Holocaust was horrific, but it is exploited for political purposes” is not acceptable at all. This kind of thinking has reduced my ability to empathise with the tragic suffering of my own people and my ability to understand why many of them may have embraced militaristic views.

Israeli Jewish fear is real. It may be unwarranted in some cases, and exaggerated in others, but it is important to understand how an extended period in recent history in which one-third of the world’s Jews were systematically exterminated could lead people to be fearful of virulent anti-Semitism as expressed by some leaders in the Middle East.

Anti-Semitism is certainly not the driving factor behind all opposition to Israel, but it did not “end with the Holocaust” and it is a factor to be taken very seriously in certain contexts.

I will continue to fervently oppose the idea that every person who criticises Israel is anti-Semitic, and especially viewpoints that legitimise violence against non-Jews. But I do want to try to open myself up to empathising more with the very real suffering that can lead to those views.

And I want to continue to grapple with the legacy of the Holocaust, to increase my ability to empathise, to better hone my love for people and for life and my hatred of injustice and violence.

So I went and stood in Yad Vashem, not to compare or to contrast, not to gather facts or sharpen my arguments, not even to critique or challenge, but to simply bear witness to and mourn the pain and suffering that the Holocaust inflicted on millions of people.

Moriel Rothman is an American-Israeli activist and writer. He is currently living in Jerusalem as a New Israel Fund/Shatil Social Justice Fellow and is active with Rabbis for Human Rights