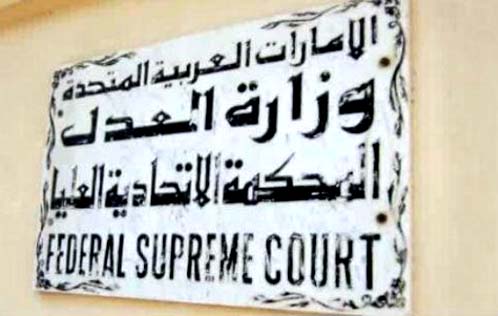 What’s the story? The UAE Five, pardoned by the President of the UAE

Sounds terrible. What did they do exactly? The case revolved around posts made on the internet calling for greater democracy and change. The posts were made on uaehewar.net, which has since been shut down. Supporters described their comments as “constructive criticism” of the present UAE government and system of government. The prosecution, and many Emiratis in general, said the posts were an insult to the country’s leaders, and a threat to public order.

Insulting the country’s leaders, that’s a national pass time in most Western countries, not a criminal offense…? Well that’s as may be, but different cultures have different ways. The Arabic speaking world in general is considerably more sensitive to personal criticism on any level, and in most Gulf and indeed until very recently Arabic countries in general, discussion of the merits of a ruler and a country’s system of government were and are pretty much taboo. In the UAE criticism of the royal, ruling family is a criminal offense.

Were the UAE 5 a group of known trouble makers? Not at all. The activists included Nasser Ahmed Khalfan bin Gaith, a former Air Force pilot, legal advisor to the U.A.E. armed forces, and a lecturer in international trade law at the Abu Dhabi branch of the Paris-Sorbonne University. Ahmed Mansour Ali Abdullah Al Abd Al Shehi is a communications engineer and a poet.

So how has the country reacted?  “This has become a very dividing case in the U.A.E.,” said Abdulkhaleq Abdullah, a professor of political science at U.A.E University, in a report in the Wall Street Journal.

He’s not wrong: On Twitter immediately after the initial sentencing some Emiratis called for the death sentence to be applied to the five. Other Emiratis however, have argued the case should not have gone to court in the first place, and are fearful that the case marks a “regression” over freedoms that have been enjoyed in the country.

Has this anything to do with the Arab Spring? There is no doubt that countries across the GCC have become far more sensitive to anything that could upset the status quo.

All five were on the list of 130 Emiratis that signed a petition demanding constitutional and parliamentary changes, free elections and a more equitable distribution of the country’s oil wealth in March.

So what now..? The five have been pardoned. Presumably it’s all over? The five Emiratis were found guilty of breaking the law, and therefore it’s perfectly valid to argue the courts had no choice but to sentence them. That the UAE president then pardoned them a day later means the rule of law was upheld, while the UAE’s president has been seen to show leniency.

As we run up to the country’s 40th anniversary, many will hope the UAE Five case will be quietly forgotten.

However, that may not be the intention of the five themselves. “We have just spent eight months in jail for crimes we have not committed. This is not the end. It’s a beginning,” Nasser Ahmed Khalfan bin Gaith told AP after his release.

One Response to News Analysis: The UAE Five, A Closure?