The Powerful, Deep Hold of Black Magic Across the Islamic World 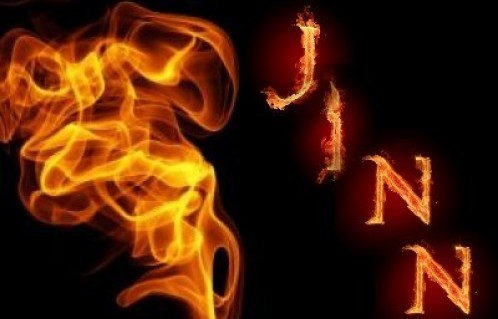 When Tara Umm Omar was a young bride in her first marriage, she and her Moroccan husband took into their home the youngest sister of a family friend. On the day the young Moroccan woman arrived, she gave Umm Omar a doll, which Umm Omar promptly placed in a dresser drawer.

When Umm Omar told a friend of the doll, the friend suspected it was an item for black magic and suggested the doll be destroyed. Instead, Umm Omar tossed it in the garbage. That’s when household items disappeared, the family dog barked incessantly, Umm Omar started fighting with her husband and she began seeing strange insects in the house. When the guest finally moved out, the couple found their bed sheets and an identical doll to Umm Omar’s among the woman’s discarded belongings.

The message to Umm Omar was clear: The woman she invited into her home sought to destroy her happiness through black magic.

Umm Omar is since remarried to a Saudi and now lives in Riyadh. She runs the popular blog, Future Husbands and Wives of Saudis, a help website for non-Saudis marrying Saudis. As a quasi-marriage counselor for brides and grooms nervously entering Saudi society, Umm Omar dispenses religious and practical advice to help ease the cultural shock. That includes providing insight to the real world concerns of black magic and evil eye.

“The truth is that all magic is haram (prohibited) and only leads to bad ends,” Umm Omar told The Media Line.

Belief in black magic runs deep in Saudi society. The issue was raised last month when the quasi-legislative body Shoura Council granted permission for Moroccan women to work as maids in Saudi households. Hundreds of Saudi women complained to the Council that granting Moroccan maids permission to work was tantamount to allowing the use of black magic in their homes to steal their husbands. Saudi wives complained the issue was not lacking trust in their husbands, but their men were powerless to ward off spells.

While greeted with skepticism in western societies, Saudis would no more question the existence of black magic than they would Islam. Two surahs (chapters) in the Qur’an under Al Mi’wadhatyan address black magic and are often recited during or after prayer. Simply, part of being a Muslim is believing in the existence of magic.

In April of this year, members of the Saudi Commission for the Promotion of Virtue and Prevention of Vice underwent special training in the Eastern Province to investigate black magic crimes.

Although also found in Christianity and Judaism, casting spells is particularly common in Oman, Sudan, Yemen, Morocco and Indonesia. Turkey is a secular Muslim country, but protection against evil eye is deeply rooted in virtually all aspects of daily life. Tools of witchcraft include using lizards, dead birds, photographs, hair, thread, dirt, blood and red ink. Hiding places to place the “spell” may be in bedrooms and under beds. Written spells generally contain the intended victim’s name and one or two words to state the intention to do harm.

In 2007, the religious police in Yanbu, Saudi Arabia, removed 23 black magic tokens, including knives and written spells on paper, from two graves in a cemetery. Black magic artists placed the tokens at the heads and feet of the corpses.

The Saudi press reported recently that evil eye was suspected in causing the death of Mastoora Al-Ahmadi, the Saudi poet who garnered international attention for her performance on “The Million’s Poet” on Abu Dhabi TV. She was the first woman to reach the semifinals in the Arabic poetry contest. Al-Ahmadi died unexpectedly on Oct. 2 in Madinah after falling into a coma.

Howaizan Muhammad, 26, of Madinah told The Media Line that she had difficulty finding a job and failed in many interviews. And she hated the jobs she did find. She broke up with her fiancé and couldn’t find a husband. “My sister told me to read the surah Al-Baqarah to protect me against any spells,” she says. “After 14 days, my father found a spell written on paper and in blood with my name on it on the roof under our water tank.”

Muhammad says she had Indonesian maids at the time, but notes that anybody could have left the spell.

Sheikh Abu Ameenah Bilal Philips, an Islamic scholar based in Qatar and the author of The Exorcist Tradition in Islam, told The Media Line that Muslims must not fight witchcraft with their own magic but refer to the Qur’an. “There are a number of Qur’anic texts that the Prophet said should be read with reflection as a means of removing or reducing the effects of black magic,” he says. “Eating adjuwah dates from Madinah is also a means of protection.”

He notes there is a tendency to fight magic with magic, but it’s prohibited. “People should avoid charms, amulets and other things that people have proffered, which has become something of a business in the Muslim world.”

Philips acknowledges that Moroccans have an “international reputation” among Muslims for practicing witchcraft, but cautions against overemphasizing Moroccans as master artists of voodoo. “Historically they (Moroccans) are most noted for it. But they are not much different than most in the Muslim world. Chechnya and Bosnia probably engage in it more.”

Although Saudis may claim that witchcraft is at the heart of their distrust of foreign maids, Umm Omar suggests that old-fashioned power struggles and jealously play vital roles in conflicts.

“There is a factor that Saudis are more well-to-do than Moroccans and magic can be used to remove those blessings (of wealth) if (maids) dislike them,” Umm Omar says. “Saudi women are used to feeling superior over maids, and in some cases look down on them. Moroccan women do not like to be pushed around and will defend themselves. My experience with Moroccan and Saudi women is they both like to be in charge of the household and are naturally bossy.”

Umm Omar adds that if a maid feels threatened, she could resort to black magic. “Of course that is not to say that a Saudi woman won’t seek out magic to harm a Moroccan maid.”

Left unsaid in this battle of wills between Saudi and Moroccan women is the consequences of practicing black magic in Saudi Arabia. Practicing witchcraft is an offense punishable by death.

Saudi religious police arrested popular Lebanese television personality and fortuneteller Ali Sabat in May 2008 on charges of witchcraft while he was on a pilgrimage. A Saudi court sentenced him to death. But an appellate court threw out the sentence in 2010, citing lack of evidence that Sabat harmed anybody. According to Amnesty International, the last documented execution for witchcraft in Saudi Arabia was in 2007. A Saudi court sentenced Egyptian pharmacist Mustafa Ibrahim to death for casting spells in order to separate a married couple.

“Fortune telling is not just sleight of hand tricks, but involves the spirit,” says Philips. “As evil, it’s the same thing as black magic. Sharia (Islamic law) proscribes the same punishment for both.”

Umm Omar points to ignorance and the absence of a strong foundation in the teachings of Islam that lead some Muslims to practice magic and evil eye.

Although Philips says that ignorance is no excuse for breaking laws, forgiveness should be considered. “God does forgive ignorance,” he says. “We should be more tolerant in some cases because some people are not doing (harmful) things deliberately.”

One Response to The Powerful, Deep Hold of Black Magic Across the Islamic World