The Kingdom of Surprises: Engaging With Saudis 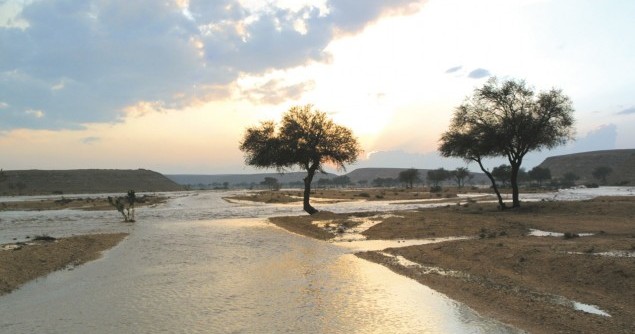 I am currently in the Kingdom of Saudi Arabia at a conference to discuss the region in light of these ever so changing times. It’s always interesting to come to the Kingdom and even better when you’re here with leading academics and the most erudite and informed of Saudis. Some thoughts:

– It’s been at least six months since I visited another GCC country so it’s nice to go to Riyadh to be reminded of the differences between the states (or at least two of them). Everyone knows that Riyadh is a huge city but only flying over it and driving through it do you see the level of sprawl with the city forever splurging into the desert in a low-rise tide of villas. Doha it is not.

– We visited the Saudi National Museum. I had no idea that Saudi’s history was as extensive as it appears to be; a true ‘crossroads of civilization’ as one Saudi put it. As yet it seems that much of this history going back thousands of years has barely begun to be uncovered and the Kingdom must be one of the least touched but richest countries on earth for archaeologists.

– The discussions that I attended in the Saudi capital were of the highest caliber  The Saudi academics and attendees – all Western educated – were hugely impressive. They were articulate, erudite and intelligent which is – of course – no surprise given how long Saudi has been sending its best students abroad. Qatar cannot and can never hope to compete; it just doesn’t have the critical mass of people to engage in this kind of education. Indeed, I am happy to be corrected, but I suspect that there were more political science PhDs in the conference room alone than political science PhDs earned by all Qataris in the last decade.

– There was staunch Saudi support for Bahrain. The arguments were nuanced and far more erudite than the usual ‘it’s Iran’, though this refrain was used too. Two trends of argument were interesting in particular.

Firstly was the notion of ‘what do you expect?’ If there were a popularly elected government via perfect elections then this would be Shia-led given the population dynamics and such a government would be – so the argument went – intrinsically disposed to the Iranian government creating some kind of a Shia bastion just off KSA’s coast. The analogy of the Cuban Missile Crisis was used to illustrate this point. I don’t agree with this logic, but it makes a certain sense.

Secondly, it was interesting how the West’s worst activities were used as cover for Bahrain’s worst activities. The Patriot Act, Guantanamo Bay and Abu Ghraib were used as a calling out of the West’s double standards. ‘Look at the things you [sic] do when your ‘national security’ is at risk. It is the same in Bahrain’. While I don’t agree with this – one should hardly use the atypical, controversial and maligned activities of the West as a model or the most base excuse – this is a powerful argument in its own right and reminds one of how easily eroded the theoretical moral high ground can be.

– The talks were attended by a senior Saudi Prince. He came for the opening evening lecture and the subsequent dinner. Much to my surprise he came back the day after for the 12 hour day of presentations and talks and came for dinner again that evening. He was erudite, engaging, open, witty, and substantively contributed to every panel discussion. There was no ceremony about his presence and he took the bus in the evening to the second dinner. For a variety of reasons I just can’t imagine the same happening almost anywhere else in the Gulf.

– Saudi itself was the center of much of the discussions. A UK based academic gave an excellent if familiar ‘Saudi is in financial peril’ talk and it is impossible to disagree that going forward a decade or so the combination of increasing salaries in the increasing Government sector, the struggling private sector, the surging domestic energy demands of the Kingdom and a range of structural issues such as industry’s dependency on cheap fuel mean that the Kingdom is facing huge challenges. He also noted that Saudi’s Gini coefficient (a measure of inequality) was staggeringly high.

There is no answer to these challenges but the numerous Saudis around the table were somewhat weary of these concerns having heard very similar versions of these ‘Saudi is ok now but in 5 years…’ for decades now. Of course those around the table were the elite in the Kingdom and are unrepresentative of the Saudi population as a whole. Nevertheless in defence of the Kingdom, so to speak, they made some good points. 1) The Kingdom has proven to be surprisingly resilient before. 2) There is a staggering amount of waste – ‘fat’ as one contributor put it – in the Government sector that can be seen as an area for streamlining as and when budget pressures necessitate. 3) The Saudi Government controls up to 75% of the economy and could privatize industries if the buffers really were approaching giving them a potentially huge windfall. Of course none of this is straight forward – the modern age, as an American contributor pointed out, has a raft of unique, new and resilient structural changes (media openness etc) and cutting fat is not necessarily that easy – but these were, I thought, interesting points. I still think that Saudi is facing catastrophic challenges in the next 15 years but the issue demands a lot more thought that I’ve been able to give it thus far.

– The Ottomans legalised gay marriage in 1876

– Istanbul is the biggest Kurdish city

– Apparently the US Embassy Ministry in Baghdad has approximately 1000 Americans working there but only 7 Americans who speak Arabic. Good stuff.