The ‘Five Red Lines’ Saudis Must Not Cross 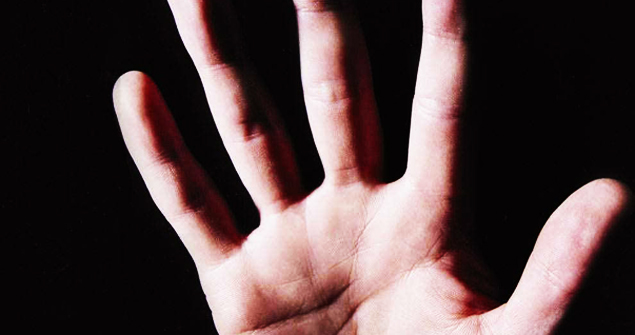 Arab News carries an article reporting on an admonition given by Sheikh Abul Latif Al-Asheikh, President of the Commission for the Promotion of Virtue and Prevention of Vice, to its members. Calm down and focus on your jobs, not your personal preferences. Don’t abuse your power. He reminded them that they are not superior beings, that the people that are meant to assist in leading good lives are their brothers and sisters, mothers and children.

He also said that the actions of a religious policeman made notorious by a YouTube video capturing his haranguing of a woman for wearing nail polish in a mall were utterly out of line. He implied that there is no reward simply for rousting the greatest number of people.

Interestingly, he pointed out the ‘five red lines’ of behavior they should be focusing on:

Al-Asheikh also spoke about the five red lines that must not be crossed and urged Haia members not to allow anybody to violate them or deal with perpetrators discreetly. The first is related to Islamic ideology. The second is blackmail, while the third is practicing black magic and sorcery or benefiting from the wealth of others illegally. He said human trafficking is the fourth while disobeying rulers is the fifth.

I’m not keen on the ‘black magic and sorcery’ detail. This, I think, is far too subjective a matter to be left to random police, or even formal courts, for that matter. Whatever crimes might be committed under that rubric can also be identified as crimes under civil law, including for fraud and theft. Still, it’s good to see what the President views as circumscribing their action.

The president of the Commission for the Promotion of Virtue and Prevention of Vice (Haia) urged its members to show leniency to people and strive to remove fear and wrong impressions about the commission among members of society.

While warning the Haia members against abuse of power and heavy-handedness, Sheikh Abdul Latif Al-Asheikh cautioned them not to allow anybody to violate the fundamentals of religion or the so-called “five red lines,” Al-Watan Arabic daily reported yesterday.

Addressing a meeting of the Haia branch chiefs from various regions of Riyadh province here on Sunday, Al-Asheikh recalled the advice of Custodian of the Two Holy Mosques King Abdullah when he met him just after he assumed his duties. The Haia chief could no longer control his emotions and sobbed in front of the audience when he mentioned the king’s words: “Beware, don’t do any harm or cause harassment to citizens. Show mercy to those erroneous and don’t exceed proper bounds in the case of suspects. Always advise people gently.”

One Response to The ‘Five Red Lines’ Saudis Must Not Cross