The Death of Crown Prince Nayef, What Next? 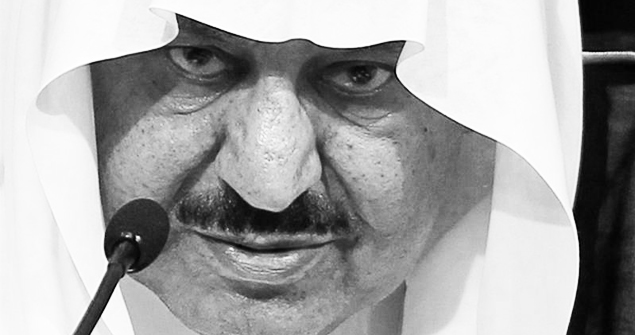 Saudi Arabia’s Crown Prince Nayef Bin Abdulaziz Al Saud, has died at the age of 78. He had been ill for some time, apparently suffering from a form of cancer, and had received long-term treatment in America. He had been recuperating in Geneva when he passed away.

Nayef was elevated to the position of Crown Prince in November 2011 with the death of former Crown Prince Sultan. However, in reality Nayef had been the second most important individual in Saudi Arabia for some time given Sultan’s profound incapacity.

That the Saudi Royal family has suffered another key death within a year is concerning but can come as no surprise. The leadership is universally old with the King being somewhere in his late 80s or some reports suggest that he could even be 94 by now.

It is difficult not to draw comparisons with the twilight years of the Soviet Union with Brezhnev dying in office in 1982 to be replaced by Andropov who lasted 18 months in office, and then Chernenko who barely lasted a year. While the move to a new generation of leadership took another leap forward with Nayef’s death, it will not happen just yet as Defence Minister, Salman will become likely Crown Prince.

Nayef was the twenty third son of Ibn Saud, the key founder of the current Saudi state, and the half-brother of King Abdullah. He was one of the key Sudairi brothers, born of the most influential and important mother of Ibn Saud’s children in 1933, and he received all of his schooling in the Kingdom with no long-term studies abroad unlike many of his compatriots. After a short stint as the representative of the Principality of Riyadh, he became the Deputy Governor of Riyadh and later the Governor. From 1970-1975 he was the Deputy Minister of the Interior and he was the Minister of Interior from 1975 onwards. This position gave Nayef substantial power and prestige and he expanded the Ministry of the Interior exponentially and today it is an enormously powerful organisation pervading Saudi Arabia. In March 2009 Nayef became the Second Deputy Prime Minister and in November 2011 he became the Crown Prince with the de jure reality finally catching up to his de facto powers.

His reputation was that of a fierce conservative. Though there is no doubt that he has been an arch proponent of the Saudi Arabian line on Bahrain and has been deeply involved with various crackdowns in the East of Saudi Arabia over the years, this reputation is somewhat overblown and it would have been better to see him as a staunch pragmatist and conservative, rather than a zealous religious-conservative.

Nayef has four sons of whom the most important by some distance is Mohammed Bin Nayef, who was second in charge of the MOI and will take over now. There have been rumours for some time that the MOI itself will be split up into two organisations and another of his sons, Saud, would take over, but this is only supposition presently.

Abroad, Nayef has had an important role for many years. Despite his conservative nature, he engaged in various overtures or at least discussions with Iran over the years, and was believed to be one of the key proponents behind Saudi Arabia’s troop and armament deployment to Bahrain in 2011.

In terms of reforms, though Nayef is, as noted, has been deemed an arch-conservative (which is true in certain circumstances) it must not be forgotten that he presided over one of the key emancipatory actions for women in modern Saudi history: the imposition of ID cards. This allowed women to, by themselves for the first time, open bank accounts, sign up for University and similar moves. Admittedly Nayef did not do this for women’s freedoms, but for purely security-driven concerns. It did however highlight he was willing to be pragmatic when necessary.

It is likely that Salman, 76, the former Governor of Riyadh and Defence Minister will become Crown Prince now. A body called the allegiance council was established some years ago to preside over such changes, but should not prove problematic in this instance.

Subsequently, the picture become much more murky. There are other Princes who are the sons of Ibn Saud – Prince AbdulRahman (b.1934), Prince Ahamd (b.1940) and non Sudairi sons too, such as Prince Muqrin. But they too are old, in varying degrees of ill health, and are, at the most, stop gaps. Saudi Arabia needs to come to terms with moving the leadership down a generation to the grandsons of Ibn Saud, yet this would likely be a highly fractious decision. With Prince Salman waiting in the wings, it is unlikely to happen this time, though the leadership will surely discuss who is to be next; a difficult but crucial decision for the future of the House of Saud and Saudi Arabia.