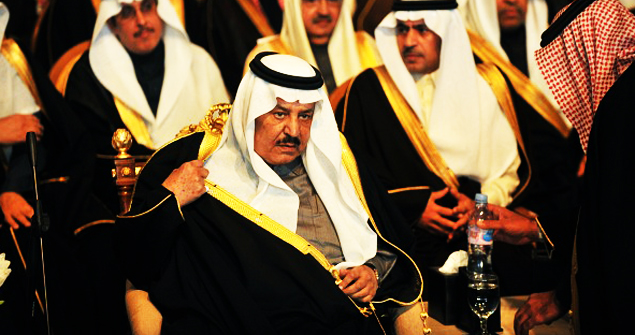 Sadly for many reformers in the Middle East, popular involvement in the process of forming a government has not been enough to confer legitimacy on the government. Simple success still remains a crucial factor in people’s minds.

If a government is doing well, it acquires respectability, whatever its origin.

The blazing excitement of the revolutions of last year’s Arab Spring has faded and the reality of managing political change has triggered a much more jaded perspective. Tiny Tunisia is the only state that has managed to move to a new government relatively smoothly. Egypt has become bogged down in continual political drama as the Islamists are frustrated by the incumbent military establishment, while in Libya, the National Transitional Council has lost control of the country to local activists in Benghazi, in the east of the country, and powerful tribal groups in the southern deserts.

Popular frustration with the failure of either the Egyptian or Libyan interim governments to deliver either political stability or economic regeneration has damaged politicians’ credibility. It is becoming clear that many voters now know that a government cannot simply take office. Once in power, the politicians have to get on with the business of governing, nurturing their economies and producing the essential services that people expect of governments.

One of the factors contributing to the surprisingly strong showing in the Iraq elections of 2010 by the opposition Iraqiya Party led by Eyad Allawi, was that the government of Nouri Al Maliki’s Dawa Party had failed to deliver basic supplies of electricity and clean water, never mind sorting out Iraq’s many other problems.

Yemen has stumbled into confusion as the retired president Ali Abdullah Saleh has manoeuvred to retain a large measure of influence over the new government and is running an alternative unofficial office which monitors the incumbent president. But the armed forces’ recent success against Al Qaida in the south of the country has helped to bolster the incumbent government’s popular position.

The loss of government legitimacy in Syria is a significant illustration of the importance of success. For most of last year, local protests persisted week after week, but the national incoherence of the protest movement gave Bashar Al Assad’s government the room to retain its legitimacy long after the point that regimes in other countries had started to crumble. It did not attract the international opprobrium that it probably deserved and it retained the essential support of the very important middle class.

But after a year of dismissing obviously Syrian protesters as terrorists, the government’s vacuity has been laid bare. The repeated horrific massacres were publicised and the scale of the repression was finally made clear, causing Al Assad’s government to lose its legitimacy across the Arab world. But Al Assad has the double misfortune of having lost legitimacy from both sides as several survivors from his father’s brutal regime have found him wanting because he did not crack down hard enough, early enough.

The smooth transition from one Saudi crown prince to another — after the death of Crown Prince Nayef Bin Abdul Aziz as Prince Ahmad Bin Abdul Aziz took over office — is an example of how the Saudi royal family is managing its affairs well and therefore retains its legitimacy in the eyes of the people.

Despite all the turmoil of the Arab Spring, dissent in the Kingdom has been minimal despite pent-up demand for social change as a new, much younger generation has made very clear in innumerable tweets. In addition, the Saudis are sitting on a potential powder keg of trouble as they manage one of the world’s richest states which also has a large number of significantly poor citizens. Another cause for possible dissent is the way the Kingdom has seen many examples of senior figures using their office for personal benefit.

But despite all this, the demand for reform does not focus on the current leadership’s performance, but instead seeks more open social practices, more inclusion and less corruption. The Saudi royal family remains in charge of the process of change and so is able to manipulate the strong sense of loyalty to the community that most Saudis share, to ensure that the process of change is slow.

This article was first published in Middle East daily, Gulf News. It is published with the kind permission of the paper’s Editor at Large, Francis Matthew.

One Response to Success & Legitimacy: Saudi and Syria’s Contrasting Fortunes