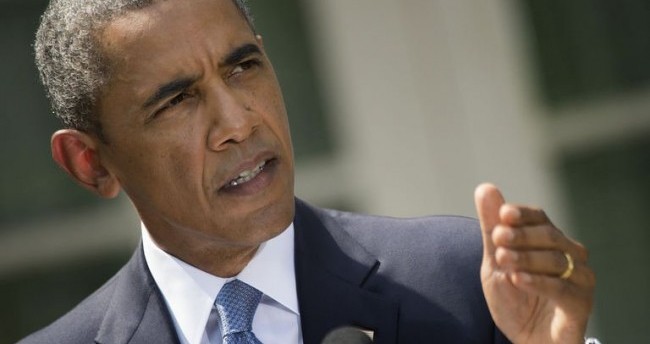 Will he; won’t he? Should he; shouldn’t he? When, if ever? The Saudi media is seized by the idea of US President Barack Obama’s approach to Syria.

It’s pretty clear that Saudi Arabia is down on the Syrian government. If nothing else, it views Bashar Al-Assad as a tool of the Iranians. It is urging the US to take action that will end up with Al-Assad being deposed and the Ba’ath Party chased out of power. It is not exactly clear, however, just what the Saudis see as a suitable replacement.

Writing in Asharq Alawsat, Mshari Al-Zaydi thinks that Obama is dithering and needs to bite the bullet. US action, he says, will be the straw that breaks the camel’s back and will provide the tipping point the Syrian people need to help them reclaim their freedom. I’m not so sure about that.

Obama continues to downplay the plans the US is making for strikes against Bashar Al-Assad’s troops, saying that they will be limited, and that it will neither be a full-scale war nor will it be intended to overthrow the regime. All that’s left for Obama to tell Bashar is the coordinates of the targeted sites so that they can be evacuated, and for Bashar and his brother Maher to go away on summer vacation until after the strike is over.

Obama is following a path he hates to travel. The worst news he ever heard from his men was that Assad’s troops have, in fact, used the forbidden chemical weapons, which means that he has crossed Obama’s red line. So now Obama has no option but to reinforce the credibility of his warning.

It is not true that all wars are waged for one reason only. Wars are waged for any number of reasons, such as geographic expansion, resources, religion, patriotism, and even for personal motives—leaving aside the wars sparked by moral embarrassment.

Obama is being pulled into a war the entire world can see he does not want to fight. We all know how Obama shunned American involvement in Syria for two years—despite the bloody nature of the Syrian state of affairs—and how he declined to take a real action on the ground.

In fact, this is a war to restore American credibility. It is also a war to prove the moral responsibility of the West, as much as it is about a shared norm in modern warfare: the abstention from using internationally forbidden weapons.

We have no idea about how serious will this war be. Perhaps all we will see is a handful of missiles, fired to no avail.

It is a source of sorrow that the Arabs have become addicted to repeating the anarchic conduct of denial. In Yemen, pro-Bashar demonstrations took place to express solidarity with the chemical killer, and a Yemeni delegation was even sent to Syria to support him. In Egypt, newspapers—even the sedate ones—are full of various reports critical of the idea of a military strike, and full of talk about conspiracy theories in a manner reminiscent of the Arab media following Saddam’s invasion of Kuwait.
…

Asharq Alawsat also reports that the Saudi government is pushing the Arab League to take action against Syria. That’s not likely to happen, either. The Arab League is mostly a talk-shop. Brave and loud declarations may issue from it, but action is not one of its fortes.

Cairo, Asharq Al-Awsat—Arab League foreign ministers declared Syrian President Bashar Al-Assad responsible for the crisis in Syria, and condemned the chemical attack in Damascus in August, which the US says killed 1,400 people, following a meeting of the organization in Cairo on Sunday.

Saudi Foreign Minister Prince Saud Al-Faisal said it was not possible to wait until Assad killed more Syrians, adding that any move to help the Syrian people “should not be considered foreign intervention.” He further added that “any objection to international action against Assad will encourage the Syrian government.”

The Foreign Minister said Saudi Arabia shared with the Syrian people their demands for deterrent international action against the government. He condemned the Syrian government, which he said used chemical weapons “without mercy or compassion.”

Ahmad Al-Jarba, chairman of the opposition Syrian National Coalition, called on Arab foreign ministers to defend the Syrian people by supporting the possibility of military strikes by the US against the Assad government.

Jarba said: “Syria is living through a catastrophe, especially from the humanitarian point of view.” He accused the Assad government, which “invited armies to kill the unarmed people in the name of resistance and rejection,” adding, “I ask the Arab League to support a military strike against the Assad government.”

Jarba pointed out that there was sectarian incitement behind the suffering of the Syrian people, adding that “fighters from Iran and Hezbollah are killing Syrian people, and Iraqi militias are also taking part in killing our people, too.”

“We want you as Arabs to take a historic stance to relieve the suffering of the Syrian people,” adding “we ask that Russian arms and Iranian sectarian interference are confronted,” he continued. “I ask for the support and help of the Arabs to stop the regime and support the military strike, and what Syrians expect from you is for your stance to be much greater than any Western support.”
…

So what will happen in Syria? That’s anyone’s guess. No matter what the US does, it will be blamed — by different audiences — for over-reacting and under-reacting, for acting too late and for acting precipitously. It is being blamed for supporting jihadist groups in the opposition as well as not supporting the opposition sufficiently. The US is in and will remain in a lose-lose situation for the foreseeable future.

It might be nice to be able to say, “We’ll just sit this one out and let others deal with Syria,” but it’s not really possible to do that. Syria is a problem for the world, and not just the Arab world. Its use of chemical weapons, if proved, sets an extraordinarily dangerous precedent and cannot go unanswered. What answers the world thinks appropriate, though, is not at all clear. Why the US should have a clearer vision is its own curious question.