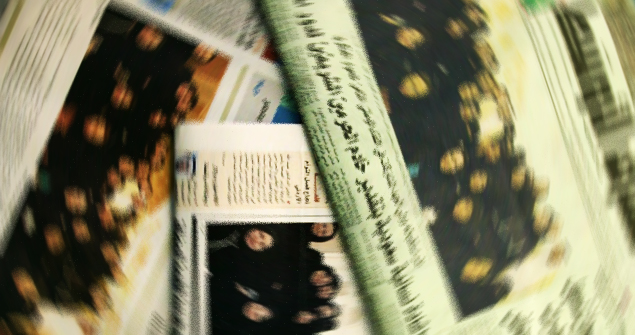 With government’s blessings or against its wishes, the margin for freedom of the press in Saudi Arabia has been gradually expanding over the last few years. Some topics that used to be taboo are now regularly discussed on the pages of newspapers, though other taboos remain, but the number of those is decreasing.

The fact that many Saudis began to use the internet as a source of news and a place to express themselves posed a challenge for newspapers who began to lose their readers. But in a way, the internet and the freedom available online was good for the mainstream media in the country because it has put pressure on them to become freer, to stay relevant and to keep at least some of their readership.

The relations between newspapers and the government, however, did not change much. All newspapers remain loyal to the government, which must approve the editors that get nominated by the owners of each paper. Newspapers content is not pre-censored by the government, but editors effectively act as gatekeepers, making sure that anything that gets published shall remain within the accepted lines of the government.

Despite this, the government seems unhappy with the press.

During the weekly cabinet meeting in Jeddah earlier this week, the government made some decisions related to the press because “some unspecialized writers and journalists have made incorrect and fabricated allegations regarding the activities of some ministries looking after public services.”

Most of these decisions have to do with how ministries handle media, such as defining the tasks of spokesmen and “opening channels of contact and cooperation with the media.”

The Cabinet also said that if any government body finds that a media agency has published incorrect news and has not responded in an appropriate manner to the replies of the government agency, then it should immediately report the matter to the official bodies responsible for looking into and resolving these cases besides filing a lawsuit against the erring media agency or journalist.

However, there was one more decision that has sparked controversy: “The Cabinet also confined the practice of journalism to journalists accredited by the Saudi Journalists Association.”

The decision raised many eyebrows because the majority of journalists in Saudi Arabia are not members of SJA.

SJA has been around for almost 10 years now, but you probably have not heard of it until now. Since its inception, SJA has been fully controlled by the government-approved newspaper editors, who have easily won the latest board elections held last week. 440 full members of SJA voted in the elections.

For a country that has 11 daily newspapers, dozens of magazines, television and radio channels, the number 440 is very small. I don’t know the exact number of full-time journalists in the country, but I think it is safe to assume it is more than 440. In addition to those, there are thousands of freelancers (some estimate that 80% of those working in Saudi media are freelancers).

Why aren’t they members of SJA? Probably because SJA has proven to be pretty useless for them. Why pay membership fees when you are not getting anything in return? I personally can’t recall any examples of SJA providing services to their members or to the country’s press. Are they going to register with SJA now after the government latest decision?

The old guard of editors were quick to cheer the decision, as they always do for everything the government does, but others in the media raised their concerns.

Communications consultant Sultan al-Bazie is skeptical, but he said he expects the ministry of information to explain the decision.

“In principle, if SJA were doing a satisfactory job for all journalists then maybe we would have a situation that allows for the decision to be implemented,” he told al-Watan. “But the current situation is not suitable, unless the ‘practice of journalism’ is something else they would later explain.”

In his interview with Sabq, Saudi minister of information Abdulaziz Khoja did not provide much in the way of explanation. He simply said the goal of the latest series of decisions by the cabinet is to regulate the practice of journalism in the country.