Saudi Student in Boston: “I Did What Everyone Else Did. I Ran” 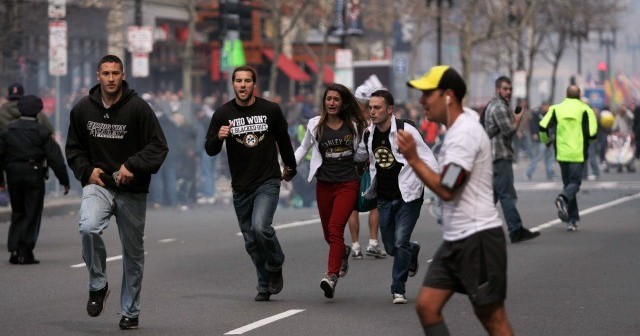 When the twin explosions struck near the finish line of the Boston Marathon Monday afternoon, Saudi pharmacy student Shatha Jameel Mufti did what everyone else did. She ran.

She didn’t flee immediately because her first reaction was that a bomb didn’t go off.

“I didn’t see it, but it was something like a big pipe had fallen,” she told Arab News in a telephone interview. “But then I felt the impact and we all just started running.”

The 22 year-old, a fourth-year student at Massachusetts College of Pharmacy and Health Sciences, watched the marathon on Boylston Street with about a dozen of her friends and fellow students. The day started perfectly. Temperatures hovered around 18 C, pleasantly warm and dry after a brutally cold winter.

But as she watched the runners cross the finish line, the impact of the explosion jolted her. “It was to my right and about a mile away,” she said. “My first instinct was that it was an accident.”

She then saw runners falling and police pushing people away. She began running from the explosion. She saw many people injured and blood covering the street.

“There was a lot of young children crying and screaming,” she said. “I tried to calm some children down until a mother came and found her child.”

Emergency personnel were immediately at the scene and aiding the injured. Fully staffed medical tents serving marathon participants had been converted into instant triage areas, so her medical training was not necessary.

Many of the people running with her began to fill nearby shops and restaurants in a bid to find safety. “I went into a Starbucks,” she said.

She headed for the train station to get home. “They had stopped the trains and people were gathering at the station. It became overwhelming for me and I started running home.”

She ran a good 45 minutes until she was home in the Longwood area of Boston.

She said she became separated from her friends. City authorities shut down the mobile phones and everyone was in the dark about what had happened to each other. The first thing she said when the phones opened up was to call her mother in Saudi Arabia. “She was trying to reach me, and I told her when I called that I was all right.”

The bombings had a lingering effect on her, but returning to her normal schedule is the only option.

“To be honest, all of us were scared about going back to school,” Mufti said. “But school opened today and there is grief counseling available for those emotionally impacted. I plan to go to school today.”