Saudi Schizo: Votes One Day, Lashes the Next 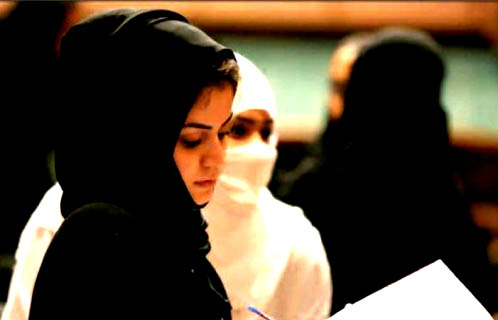 King Abdullah of Saudi-Arabia made a historical and surprising announcement on the 25th of September allowing Saudi women the right to vote, run for office and be appointed as members of the Shoura council.

Without a doubt this is a historical, powerful move by the 92 year old King. This move will benefit not only the Saudi women but the men and the society as a whole on many levels.

King Abdullah has been known to support the empowerment of Saudi women from the start of his reign in 2005. Not only did he appoint the first female minister and appeared in a sensational photo side by side with Saudi women, but he also has been working behind the scenes to get Saudi women employed in the public sector. Earlier this year it was announced women would be able to sell lingerie instead of the male salesclerks.

Despite all his efforts to empower the Saudi women, The King is often criticized for not being bold enough in his reforms. However one must take into consideration what kind of  complicated circumstances he is working under. King Abdullah has to deal with the conservative religious leaders breathing down his back, the mixed public opinions he hears all around, his brothers and other family members opinions and advisors that might not always have similar interests in the back of their minds.

Western media often leaves unsaid that Saudi-Arabia actually held its first municipal elections in 2005. In 2009 they were cancelled for unknown reasons and this coming Thursday the polls will open again. This round will not see the female voters and candidates though, mostly due to gender segregation issues. The municipal council has been widely criticized because of its lack of actual impact on the countries legislation. It mainly acts as an advisory board.

Even if the voting right is not influential per se the mere announcement of such a right to women should be taken as a remarkable occasion.

The ruling implies more than it in reality contributes to the rights of Saudi women. It changes the atmosphere, the perception of Saudi women in the society. The women will now be more visible and given voices to speak up and channels to express their opinions through. Before Saudi women’s voices remained muted and confined to their homes. In the long run public opinion of women contributing to decision making will slowly change.

There have been mixed reactions to the Kings speech in Saudi-Arabia. Some are extremely happy and even emotional, while others remain skeptical and very pessimistic. Especially one point from the speech raises valid criticism:

“Because we refuse to marginalize women in society in all roles that comply with Shariah, we have decided, after deliberation with our senior ulema and others to involve women in the Shoura Council as members, starting from the next term.”

This statement is highly controversial. Firstly,with this statement the King  admits women in Saudi-Arabia have actually been marginalized. Second it opens the discussion as to why other aspects of marginalization of women are still overlooked, such as allowing women the simplest, seemingly much less significant right of driving cars.

One might question, was the King’s speech a prelude or even prerequisite to finally abolishing the ban on women driving, or was it in fact a sort of distraction and way to get the focus off the whole issue? By granting women the right to vote and participate in Shoura, was the King trying to send an unspoken message that more is to come, or perhaps that this is as good as it gets, for now.

Another surprise occurred when just  two days after this ground-breaking announcement the news of Saudi women being arrested and convicted of driving flooded the media. A woman identified as Shayma was sentenced to 10 lashes for driving a car in Jeddah. Two others await trials.

This news is shocking and ridicules the King’s rulings. As if this were a different country where these events are occurring. What were the women even tried on, when there clearly is no law that states women are banned from driving? The message is contradictory,  schizophrenic even. One day the Saudi woman is honored and valued but the next she is suddenly dragged into mud and humiliated.

Isn’t this, if anything, marginalization of women?

What is the logic of  allowing women to vote at the polls and even the prestigious Shoura council but not allowing them on the streets driving a car? She is given the huge  responsibility of acting as a counselor to the King yet she is denied the insignificant responsibility of driving her own car.

Which is more momentous to the Saudi society? Is women driving such an overwhelmingly invincible issue it simply cannot be solved?

Time will tell if the King will intervene to defend these accused women and push on his mission for improving Saudi women’s rights. Remaining silent would place the Kingdom in a very humiliating and laughable situation and tarnishes the countries reputation internationally.

Perhaps the time to lift the ban on women driving is finally here?