Saudi Salary Racism: What’s the Colour of Your Passport? 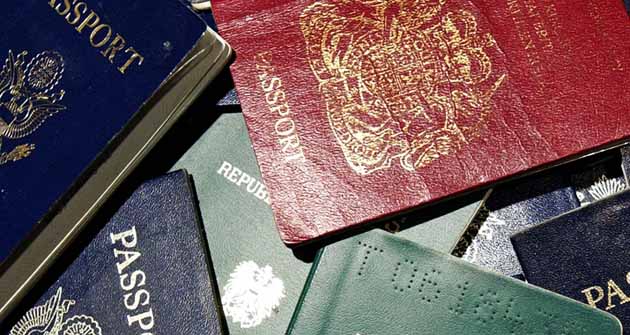 Bullying and workplace violence are a real problem in Saudi-Arabia. The backgrounds and reasons for this unfortunate phenomenon can partly be blamed on the salary disparities between different nationalities performing the same jobs.

The wage system in Saudi-Arabia is completely based on the color of the employees passport. This goes for all companies hiring foreign staff. My experience is from the nursing field so I will talk more about that specifically.

In most countries the nursing salaries are seen as too low compared to the education level and the actual job responsibilities and duties the job required. The salaries will however usually increase as the nurse gets more experience and training over the years. In Saudi-Arabia the staff nurse with only two years working experience and the one with 30 years experience plus additional training will earn the same monthly salary. There are no age or experience benefits and specialization will only once slightly increase the salary.

The only determining factor in the salary is the passport which the employee is applying for the job with. In fact, not even nationality matters.

For example an Indian national who worked in Great Britain, obtaining a British passport and dual nationality. He will naturally apply to work in Saudi-Arabia with the British passport because of the much fatter paycheck. Some Asians, particularly Filipinos knowing this, travel to Canada just to get the passport. It’s the easiest country to obtain a passport from in just a few years. The expats then relocate to the Middle East, applying for the job as Canadians, this way multiplying their earnings.

The below fictional salary table of nurses illustrates how bad the salary disparity in Saudi-Arabia can be. Salaries of course vary from one hospital to another and there’s a difference between private hospitals and government owned, with the latter paying higher salaries.

So basically the lowest paid are the Asian passport holders and highest salary goes to U.S. and Canadian passport holders. This system is said to be based on the standard of living in the home country of the employees. In other words, what the money will buy the employee back home and the cost of living and value of money in each country. It’s also said to be based on the quality of the education that western vs. Asian nurses have.

For example a Filipino nurse earns so much in the Kingdom she’s able not only to live a comfortable life there but also support her extended family back home and maybe even purchase a house and a car. The money the Filipino expat earns in Saudi, although much less compared to what their western colleagues are making for the same job, will in comparison get them more back in their home countries.

On the other hand the American or European nurse, although earning more than at home, does not get a significant pay raise in Saudi-Arabia. Many are able to travel and save some money, perhaps pay off loans but there is no way they could support others and make large purchases at the same time.

As an example, starting salaries for Indian nurses in their home country according to this source is 2300 rupees a month which is about 41 U.S dollars (150SAR). The maximum salary with all benefits would be around 5000 rupees, or 90 dollars. The estimated earnings of an Indian nurse in Saudi-Arabia, 2000-4000 SAR is around 1000-2000 U.S dollars at the current exchange rate. That would add up to roughly 58,000 rupees. That is a staggering difference to what they can earn back home.

Filipino nurses earn approximately 5000P a month back home in Philippines, which is about 450 SAR (120 U.S dollars). A news article from 2009 states Pinoy nurses salaries in government hospitals will be raised from 2550 to 3500SAR.  If they earned the estimated 3500SAR a month in Saudi-Arabia that would be roughly 39,000P (900$). Almost ten times the amount they would earn in the Philippines.

Compare this to the European nurse with estimated earnings of around 2400 euros at home, minus taxes leaving her with about 1600 euros a month. That’s roughly 7500 Saudi riyals, or if counted from the salary before tax cuts, 11,000SAR. In Saudi-Arabia her salary will increase about 30% from this. If the European were to get a comparative pay raise to the Asians, her salary would be something around  26,000 euros or 120,000SAR a month.

Interestingly, the Filipino expat that first relocated to Canada to obtain the passport which he consequently used to apply for work in Saudi-Arabia, suddenly becomes a millionaire back home. By completing just a few years of work in the Kingdom, the expat can return home to the Philippines as a very rich man.

Another strange aspect is how the Saudi nationals themselves get lower pay than westerners do. Don’t the employers value their own citizens more? Are Saudi employees not seen as efficient or highly trained as the western nurses are and thus not deserving as much pay? It’s not totally uncommon to hear other nurses complaining about the laziness or lack of training of the Saudi nurses though.

Even though it might be partly understandable why they thought up this kind of system in the first place and it does have some sort of rationale behind it, it still causes a lot of tension at the workplace. In the end of the day it’s unfair to pay one employee ten times more in Saudi riyals for the same job, based solely on which passport they hold. This creates grudges and jealousy between nationalities.

Is there a solution to this salary racism? Could all employees be paid same salary regardless of their passport color? If the wages went down significantly how would Saudi companies be able to attract western employees anymore? If employees from poorer countries started earning the same salaries as westerners in Saudi do, what would happen? An overwhelming influx of Asian employees? How about raising the Saudi’s salaries in order to motivate them more? Would making the salaries more equal make the working environments more tolerable places for all nationalities to work harmoniously in?

If these salaries are based on the cost of living back home and education levels  then why do some employees get paid according to their newly obtained passports? What about a Saudi or Asian employee who trained in the west? Or a western nurse that got their education from a third world country? This system seems to have so many loopholes and other negative aspects to it that at least some sort of reform would certainly do good for the Saudi workplaces.

8 Responses to Saudi Salary Racism: What’s the Colour of Your Passport?